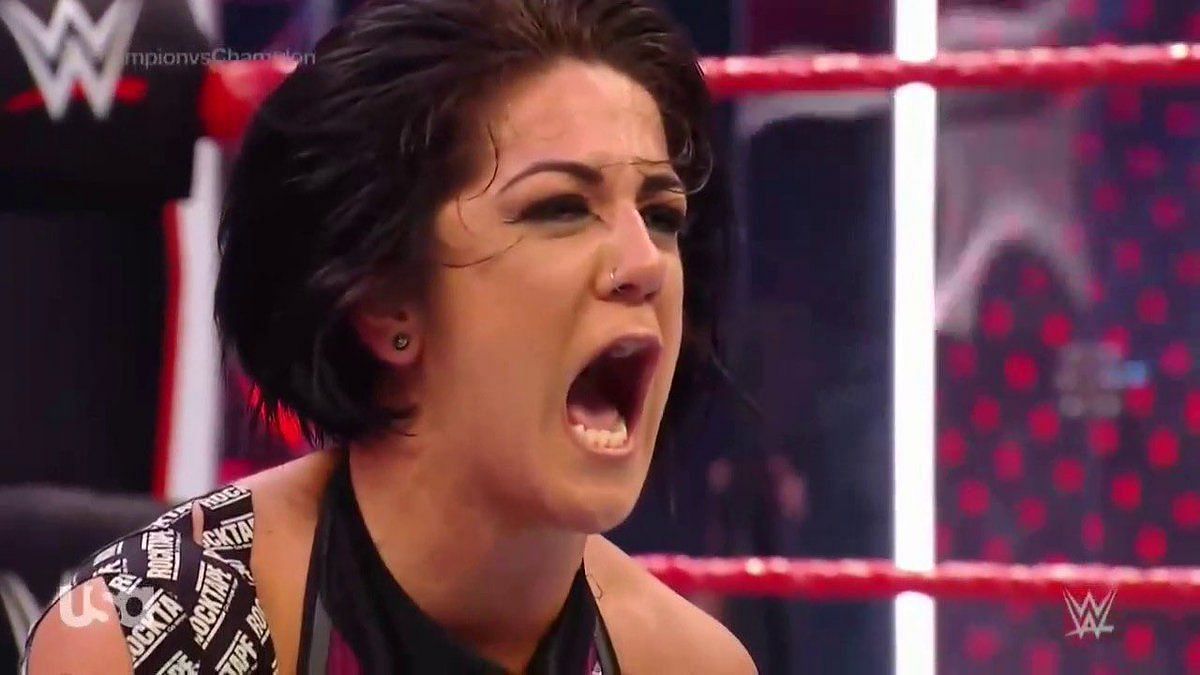 “You’re both done for!!!!” – Bayley sends a warning to current WWE Superstar and Hall of Famer

It looks like Bayley has found another reason to be furious. The Role Model, who is known for her on-character angry rants on Twitter, recently sent a warning to current WWE RAW Superstar Liv Morgan and Hall of Famer Trish Stratus.

Morgan recently shared a screenshot of a congratulatory message from Stratus for her title match tonight against RAW Women’s Champion Becky Lynch.

In her message, the WWE Hall of Famer misspelled “blonde” as “blond” and the tiny error did not sit well with Bayley.

@YaOnlyLivvOnce Dude it’s *BLONDE @trishstratuscom !!!! My text was better. You’re both done for!!!!

The former Women’s Champion added that her text was better, implying that she also sent a personal message to Morgan ahead of her match against Lynch. Bayley also warned both women that they are done for.

Meanwhile, Morgan’s match for the RAW Women’s Championship could turn out to be the biggest moment of her career if she manages to defeat Lynch.

Liv has had her fair share of war of words with Big Time Becks since becoming the No. 1 contender to her title and it will all come to a head tonight.

When will Bayley return to in-ring action?

I would miss me too.
Ps – stealing your header twitter.com/mxstl91/status…

IG keeps taking this one down so I’ll just post it here again lol hope you like it @itsBayleyWWE https://t.co/DiyUehqY48

I would miss me too.
Ps – stealing your header twitter.com/mxstl91/status…

Bayley has been absent from WWE programming after she tore her ACL ahead of her match against Bianca Belair at Money in the Bank 2021.

For the time being, she keeps herself busy on social media by interacting with fans and fellow superstars, often making headlines due to her on-character hellish tweets.

Who do you think will win on RAW this Monday? Becky Lynch or Liv Morgan? Let us know in the comments below.