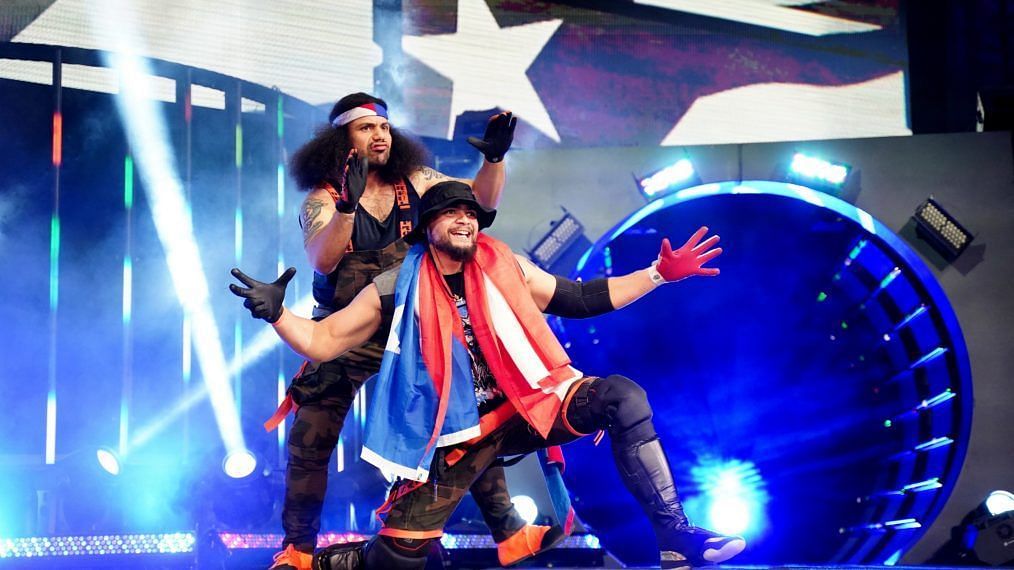 Dax Harwood of AEW has vowed to win back the tag belts next week. He also promised Santana and Ortiz a title shot. Earlier today, Harwood tweeted:

Listen, aside from FTR, y’all are the best in the world. You showed us that. After next week, you two get the first shot at us for the World Titles.

Listen, aside from FTR, y’all are the best in the world. You showed us that. After next week, you two get the first shot at us for the World Titles.

Dax Harwood also mentioned the 1-1 record between the two teams. Both teams faced each other for the first time at this year’s Fight for the Fallen. FTR emerged victorious, but Cash Wheeler was injured during the match. They renewed their feud in a grudge match a month later at Dynamite. Santana and Ortiz got their win back this time.

Santana and Ortiz have been with the company since All Out in 2019. The duo has been an integral part of The Inner Circle. They have participated in the Stadium Stampede and Blood and Guts matches for the faction. They have won world tag belts on five occasions at IMPACT Wrestling.

The AEW World Tag Team Championship match was announced for next week’s Rampage. FTR will face Lucha Bros in a 2-out-of-3-falls match.

Recently, FTR beat Lucha Bros for the AAA tag team belts. However, FTR failed to win the AEW Tag Team Championship at Full Gear. 2-out-of-3 falls matches are common in Lucha Libre. Lucha Brothers will have the advantage on next week’s AEW Rampage. Let’s see whether Dax Harwood can lead his team to victory for the second time.

Do you think FTR will be the first two-time World Tag Team Champion at AEW? Leave your thoughts in the comments section below.