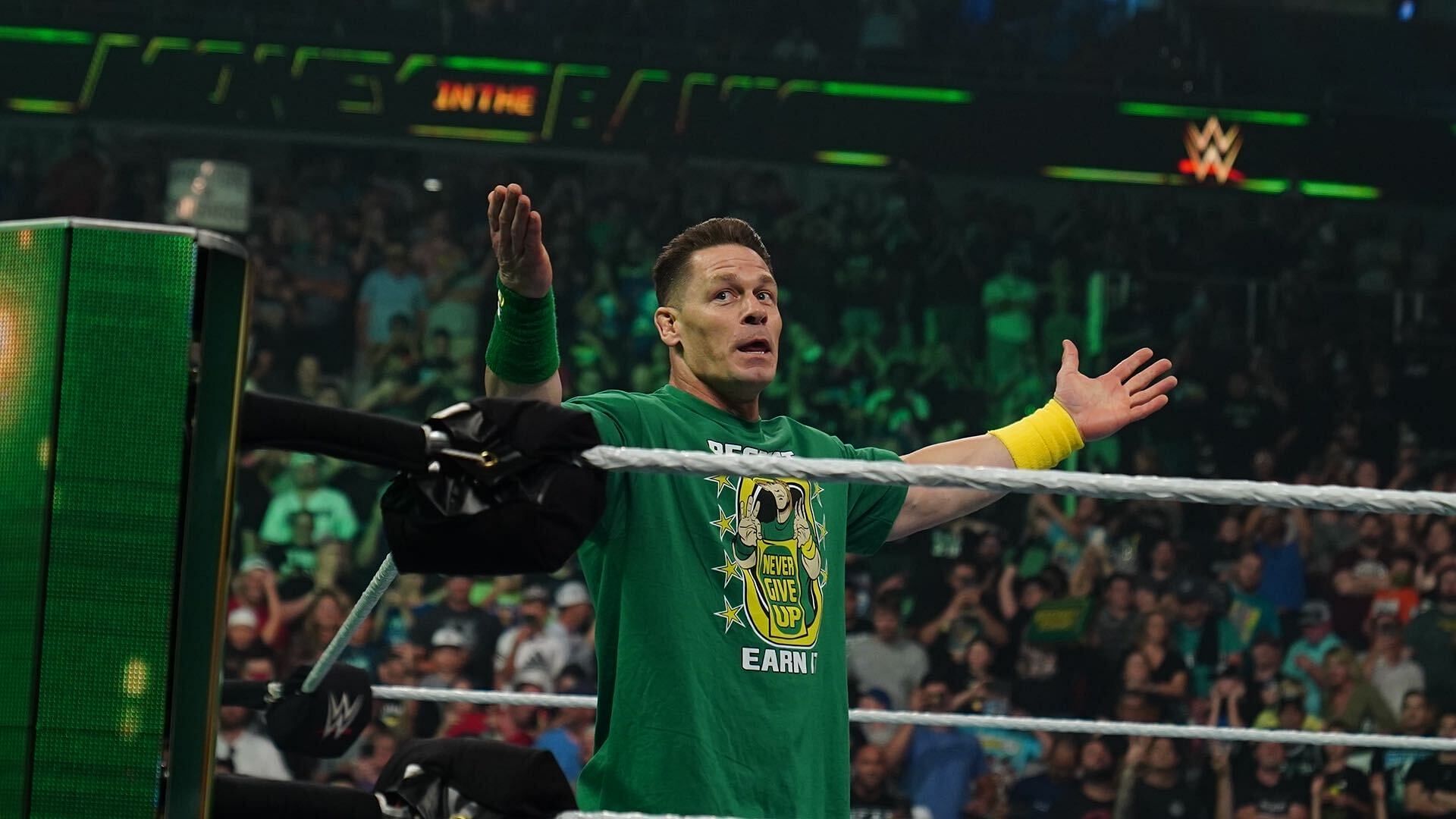 Another calendar year is drawing to a close as WWE braces itself for next year. 2021 was a tumultuous time for wrestling fans; the global franchise released a myriad of talented stars but simultaneously delivered some stellar matches.

Undoubtedly, one of the year’s highlights was a host of surprise returns. Before delving into the list, it is important to note that announced comebacks will not be included. This removes Edge’s Royal Rumble 2021 homecoming from the list.

This list isn’t exhaustive. Hence, here are some honorable mentions:

WWE booked an intriguing Royal Rumble match this year, but it announced Edge’s return beforehand. Many fans were confused by this move. Luckily for them, the Rumble match wasn’t short of surprises.

The biggest shocker had to be Captain Charisma’s surprise return. Christian, who last competed in WWE in 2014, entered the ring as the 24th entrant. The former world champion’s re-emergence took the commentators and competitors completely by surprise.

The Rated-R Superstar’s emotional reaction to watching his best friend in a wrestling ring said it all. Edge and Christian teamed up together for the remainder of the match, and fans cherished the reunion at home.

Captain Charisma looked in great physical shape that night as he held his own against Riddle, Seth Rollins, Cesaro, and AJ Styles. Christian also scored an elimination as he helped Big E, Daniel Bryan, and Riddle toss out Bobby Lashley.

The host of the Peep Show made it to the final five but was dumped out by Seth Rollins. The Ultimate Opportunist went on to win the Rumble match, which must’ve pleased Christian.

Unfortunately, this was a one-off appearance, and the legend eventually signed with AEW. That makes this surprise his last appearance with WWE. While the return was incredible, a live crowd in attendance would’ve made it more memorable.

Speaking of Christian, his best friend, Edge, has made several WWE comebacks this year. But, his first unannounced appearance since WrestleMania 37 beats all of them.

The narrative was perfect, and the return couldn’t have come at a more appropriate time. The Head of the Table was getting ready to gloat over his dominating Hell in a Cell victory over Rey Mysterio.

As soon as Roman Reigns grabbed the mic, The Rated-R Superstar’s iconic theme song played to the amazement of the champion and Paul Heyman.

Edge was fired up that night as he was out for revenge. The 2021 Royal Rumble winner didn’t receive a fair one-on-one shot at the Universal Championship, as Daniel Bryan was part of the match at WrestleMania.

The Hall of Famer made his intentions clear by viciously assaulting Reigns. Jimmy Uso ran to the aid of his cousin, but he felt Edge’s wrath. Fans had never seen such a surprising look of fear on the WWE Universal Champion’s face as Edge obliterated his cousin.

Reigns and Edge went to war at WWE Money in the Bank, but the Tribal Chief emerged victorious after Seth Rollins interfered to cost the challenger the match.

WWE lost a vital asset in May 2020 when The Man, Becky Lynch, announced her pregnancy and vacated the RAW Women’s Championship. The women’s division suffered a major blow with Lynch on hiatus, as she’s a massive draw.

Breastfeeding at home and still the most over woman in the division.

Last December, the Man became a mother, and she decided to return only on the grandest stage possible at SummerSlam 2021. Fifty-thousand fans were in attendance, and they all exploded with joy as Lynch’s music hit.

Once again, the timing was perfect: Sasha Banks was medically unfit to compete, leaving Bianca Belair, the SmackDown Women’s Champion, without a challenger. The WWE Universe thought that Carmella would replace Banks, but Lynch attacked her and challenged Belair to an impromptu title match. In under half a minute, the Man pinned the champion to win the prestigious championship once again.

Back where she belongs. 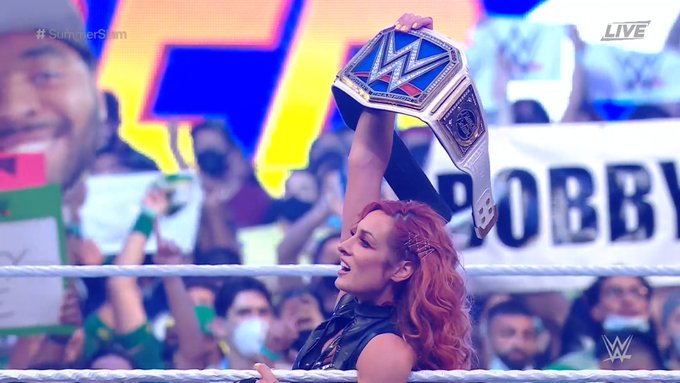 Back where she belongs.

Lynch returned as a heel in this scenario, but she was a welcome addition to the roster either way. Her maternity leave left an enormous void which only she could fill.

The packed stadium only elevated the brilliance of her surprise return. Lynch’s comeback was one of the main highlights of this year’s SummerSlam.

The coronavirus pandemic had several disastrous effects on WWE, but Brock Lesnar’s absence was near the top of the list. The Beast Incarnate quietly distanced himself from the spotlight after losing Drew McIntyre at WrestleMania 36. However, once fans returned, Vince McMahon brought his most invaluable asset.

Much to the delight of the live crowd, Lesnar returned in the closing moments of SummerSlam to engage in an intense face-off with Roman Reigns as Paul Heyman looked on in dismay.

The Conqueror also re-emerged from obscurity with a new look and character. Previously, Reigns was the hero, and Lesnar was the villain. Interestingly, the roles were reversed this time. Fans looked on with absolute amazement as two of sports-entertainment’s most dominant stars stood across from each other.

The Beast Incarnate and the Head of the Table collided in a high-stakes Universal Championship match at WWE Crown Jewel. Owing to some interference from the Usos, Reigns successfully defended his title against Lesnar.

Lesnar’s return was the perfect way to cap off an entertaining evening of in-ring action filled with surprises. Moreover, it set the stage for one of the most epic and highly-anticipated rivalries of the year.

WWE Money in the Bank was the first non-WrestleMania pay-per-view to feature a live crowd in attendance in almost 16 months. Vince McMahon and company had to give fans something memorable to cherish for a lifetime, and they delivered.

Edge came up short against Roman Reigns in the main event despite a herculean effort. Many fans were furious with the outcome, but the night wasn’t over yet.

Reigns took to the mic to tell everyone to “acknowledge him.”

John Cena’s theme song then resonated throughout the arena. The crowd’s jubilant response captured the significance of this thrilling moment: the WWE Universe had missed the Leader of the Cenation.

The only two people that weren’t jumping with excitement were Reigns and Paul Heyman. Cena entered the ring and soaked in the adulation of the live crowd while making a statement to the champion with his trademark “You can’t see me” gesture.

The Head of the Table and The Champ battled fiercely in the main event of SummerSlam next month, and the former stood tall in the end.

AA through the table!!!

@WWERomanReigns and @JohnCena are digging down deep with the #UniversalTitle on the line at #SummerSlam! @HeymanHustle

AA through the table!!!

While the outcome may not have satisfied many fans, everyone would agree that Cena’s return at MITB 2021 was exceptional.

What are some of your favorite surprise returns in WWE history? Share your thoughts in the comments section below.