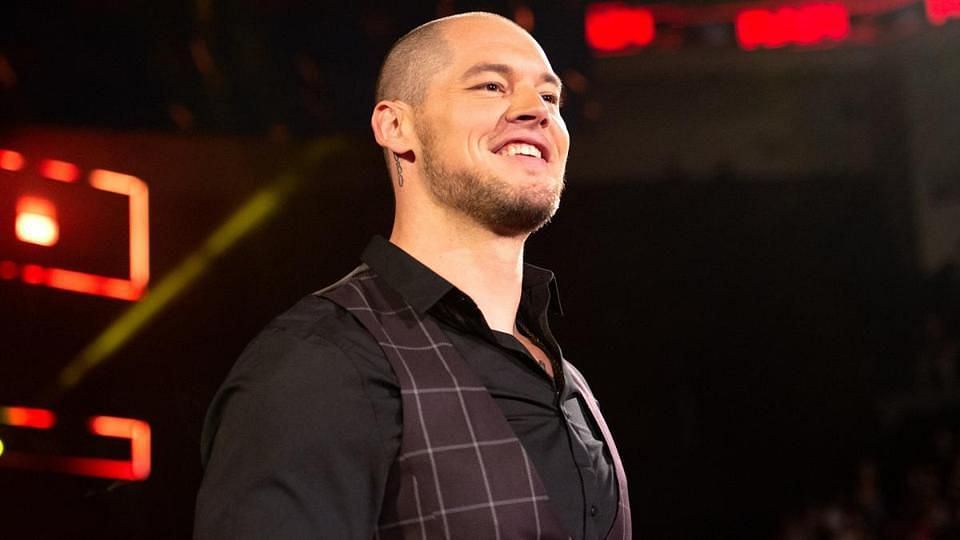 WWE has once again hinted that another tag team is about to split up. Happy Corbin and Madcap Moss could be heading their separate ways. This would be another significant change the WWE would make in the character of Happy Corbin.

On the most recent episode of Friday Night SmackDown, a Black Friday Invitational Battle Royal concluded the show. The new #1 contender for Roman Reigns’s Universal Championship was crowned.

The match was won by Sami Zayn after eliminating Jeff Hardy. Before that, Happy Corbin got rid of his tag team partner Madcap Moss, after Moss tried to betray and attack him.

After the match, Moss laughed off the situation. But according to WWE’s point of view, it’s a hint of yet another major split in the wrestling world.

WWE SmackDown commentator Pat McAfee had this to say after Moss was eliminated by Baron Corbin:

“@riddickMoss just learned what everybody else has known for a long time, Happy [@BaronCorbinWWE] is a scumbag.” – @PatMcAfeeShow 😂😂😂 #SmackDown https://t.co/9b2NWoA0Tk

On the 16th of July, in an episode of SmackDown, Baron Corbin was seen wearing dirty clothes and sported a new look.

When asked about the reason behind this look, Corbin revealed that he lost his car, his investments and his savings. He also mentioned that his home was about to be foreclosed and his wife has also left him.

On the 13th of August, in an episode of SmackDown, Corbin stole the Money in the Bank briefcase from then-holder Big E. At SummerSlam, Big E defeated Corbin and got back his briefcase.

On the 27th of August, in an episode of SmackDown, Corbin turned his life around and declared himself “filthy rich” and wanted to be called “Happy Corbin.”

On the 24th of September, in an episode of SmackDown, Corbin started his new talk show “Happy Talk”. After that Corbin found his new ally Madcap Moss, and they teamed up and attacked Kevin Owens.

Since then, Madcap Moss has accompanied Happy Corbin and the two men have formed quite the duo on the blue brand. However, it remains to be seen how long their partnership will last on WWE TV.