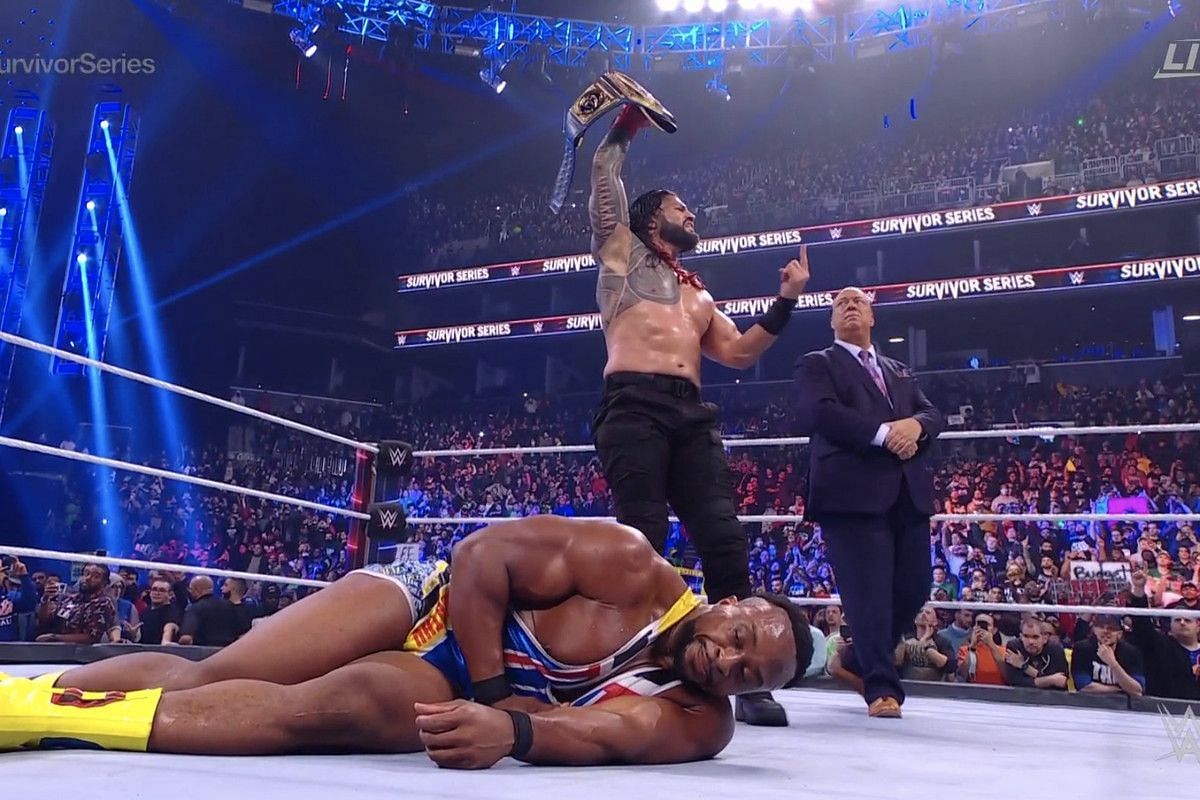 WWE Survivor Series 2021 was lauded by many fans as one of the worst buildups to a major event in the company’s history. The promotion hadn’t really focused on the matches or the stakes for brand supremacy between RAW and SmackDown. However, the roster once again managed to overcome a lackluster leadup to give it a night of entertaining action.

The battle for brand supremacy between RAW and SmackDown wasn’t really emphasized, but the two sides gave the Brooklyn crowd at Barclays Center some good matches throughout the night. There was a physical clash in the opener, a well-done Survivor Series Elimination Match, a fun tag team contest and a rock solid main event that delivered.

The #SurvivorSeries Kickoff starts RIGHT NOW on @peacockTV in the U.S. and @WWENetwork everywhere else!

The #SurvivorSeries Kickoff starts RIGHT NOW on @peacockTV in the U.S. and @WWENetwork everywhere else!

With the pay-per-view in the rearview mirror, it is an ideal time to see where the matches on this card rate. There was plenty to like and some to dislike from the final major show from WWE. In this article, let’s take a look at the star rating for every match at Survivor Series 2021.

Brand vs. Brand matchups received little to no buildup prior to WWE Survivor Series 2021. However, United States Champion Damian Priest vs. Intercontinental Champion Shinsuke Nakamura may have been overlooked the most with no interaction between the two on weekly television in the weeks before the event, unlike the other champion vs. champion battles on this show.

This hurt the overall interest that the Brooklyn crowd at Barclays Center had in the action between the two fan favorites. Both superstars worked hard and were putting together a fine Survivor Series 2021 Kickoff contest. Priest worked aggressively, while Nakamura brought his usual theatrics to play. The inclusion of Rick Boogz changed everything here.

The guitarist got under Damian Priest’s skin with the constant riffing of his guitar during the bout. Priest eventually relinquished a choke on Nakamura to confront Boogz at ringside, break his guitar, hit him with it and then finally struck the Intercontinental Champion with the weapon as well for the disqualification loss. This wasn’t an ideal finish to the Survivor Series 2021 Kickoff clash.

The personal rivalry between RAW Women’s Champion Becky Lynch and SmackDown Women’s Champion Charlotte Flair made for the most anticipated encounter heading into WWE Survivor Series 2021. The two women have crafted their own legacies and have made history against one another before, but the backstage issues made this even more intriguing this time around.

Becky and Charlotte had a compelling opener to Survivor Series 2021 that used the real-life heat to build a battle over personal hatred and “anything you can do, I can do better.” The two ladies stole the show and had the Brooklyn fans on their feet. It was physically intense and escalated nicely until Becky Lynch used the ropes better than Charlotte Flair to get the victory.

Kevin Owens immediately eliminated himself at the start before both teams traded eliminations. It came down to Seth Rollins and Austin Theory vs. Jeff Hardy and Sheamus. All four men worked well together and finished off this contest strong. Rollins eventually got his knees up for the Swanton Bomb and hit the Stomp for the win as the sole survivor of Team RAW.

There was no stopping @TheGiantOmos in the #Rock25 Battle Royal! 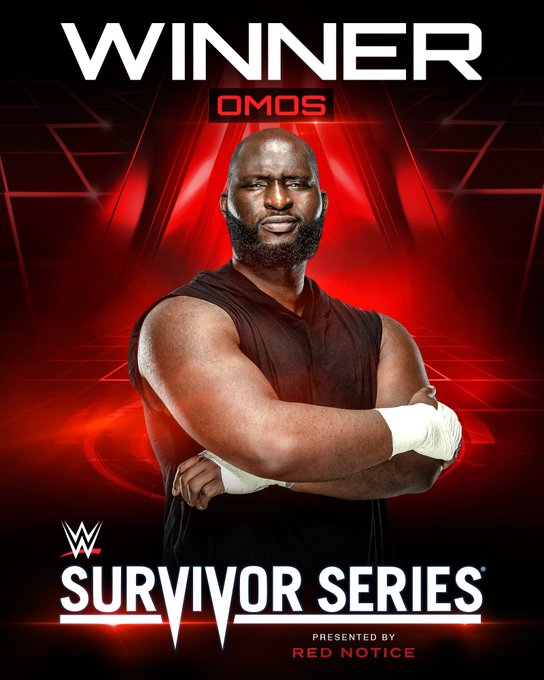 There was no stopping @TheGiantOmos in the #Rock25 Battle Royal!

WWE Survivor Series marked the 25th Anniversary of the Rock’s debut in 1996 at New York City’s Madison Square Garden. To celebrate this, the night featured several video packages, a promotion for his Netflix Red Notice film and a special 25-Man Battle Royal with RAW and SmackDown superstars. This was very polarizing to say the least.

This felt slapped together and never developed any type of flow. There were highlight moments for Ricochet, AJ Styles, Otis, R-Truth and eventual winner Omos. The 7-foot tall superstar has been prominently showcased over the past year, so his win here shouldn’t be any surprise. He was dominant once again to win here at Survivor Series 2021.

On a historic night, @RandyOrton is going to that place!

On a historic night, @RandyOrton is going to that place!

RK-Bro has been dealing with their own problems in the leadup to WWE Survivor Series 2021. Randy Orton has been getting frustrated with Riddle constantly making the save for other babyfaces and not minding his own business. The Usos have been firing on all cylinders since Jimmy’s return, claiming the SmackDown Tag Team Titles.

The four men make for two of the most over tag teams in the company and delivered a fun tag team bout that was able to get the crowd back into the show following the previous contest. Jimmy and Jey’s teamwork blended well with the entertaining dynamic of RK-Bro. Orton gained the win by hitting the RKO out of nowhere when Jimmy came off the top for a Uso splash on Riddle.

The blue team couldn’t keep it together at WWE Survivor Series 2021. Despite the 4-1 advantage, Team SmackDown blew it by imploding and getting Sasha eliminated by countout. Bianca Belair would then eliminate Natalya and Shayna Baszler in short order. The former SmackDown Women’s Champion added to her phenomenal 2021 by taking out Shotzi to become the sole survivor for Team RAW.

The WWE Survivor Series 2021 main event saw WWE Champion Big E finally go one-on-one with WWE Universal Champion Roman Reigns. With RAW having a firm grip on brand supremacy at this point, this was all about personal pride and proving who the better man is. The two champions have been interacting for several months and this was the highly anticipated encounter the fans wanted.

Big E had a different edge to him throughout this Survivor Series 2021 main event. He carried himself like a top star from his entrances and was on top form with his facial expressions here. Big E’s no-sell of the Superman Punches was a highlight and an awesome visual with him standing in front of Roman following his signature rally cry prior to the spear.

Roman Reigns has created his own main event style of a slow build to a thrilling crescendo. The Survivor Series 2021 headliner didn’t disappoint in that regard. It was the exciting action that made the fans believe Big E could win, especially after a close nearfall of the Big Ending with Reigns putting his foot on the ropes.

The Brooklyn crowd witnessed all the big moves that were trademarks of both men before the Tribal Chief finally attacked the worked over the knee of Big E and followed with a spear to defeat the WWE Champion. This was every bit of the heavyweight slugfest most fans expected. It was a strong way to close Survivor Series 2021 despite some fans wanting The Rock’s return to follow.