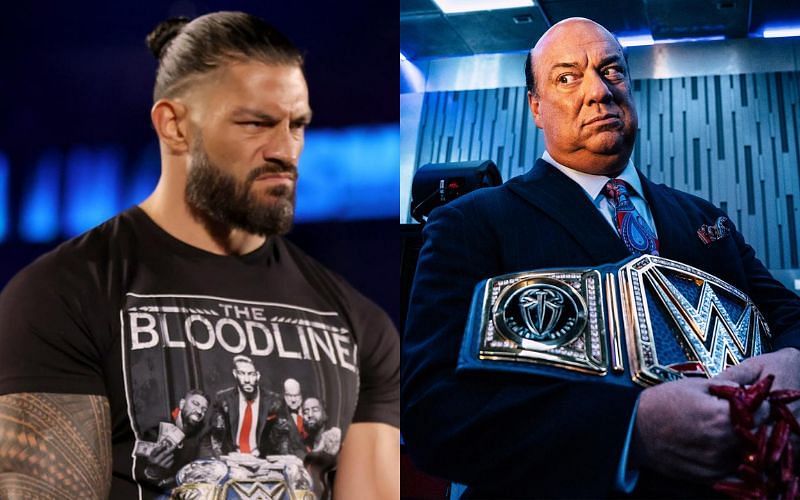 Roman Reigns defeated WWE Champion Big E in the main event of Survivor Series 2021 on Sunday. He is now set to kickstart a new title feud which will be revealed tonight.

Who will emerge with an opportunity to unseat The Head of the Table? Find out tonight at 8/7c on @FOXTV!

Who will emerge with an opportunity to unseat The Head of the Table? Find out tonight at 8/7c on @FOXTV!

As confirmed on the WWE website, the Black Friday edition of the show will give a massive opportunity to multiple SmackDown superstars. The competitors are set to lock horns in Battle Royal, and the winner will get a chance to challenge Roman Reigns for the Universal Championship.

WWE has not yet revealed the participants for Battle Royal mentioned above. However, an earlier promo video for this week’s SmackDown featured top names like Jeff Hardy, Drew McIntyre, Sheamus, King Woods, Cesaro, and Happy Corbin on the list of potential opponents for the Tribal Chief.

It is worth noting that Drew McIntyre and Jeff Hardy are scheduled to go up against Happy Corbin and Madcap Moss in a tag team match. Interestingly, WWE also confirmed on Survivor Series that Brock Lesnar’s indefinite suspension has now been lifted.

During a recent interview, Paul Heyman shared Roman Reigns’ intentions to improve WWE SmackDown every week. Wiseman Heyman asserted that his Tribal Chief’s next goal is to make the show better than ever.

Roman Reigns was one of two champions from WWE SmackDown to pick up a victory at Survivor Series pay-per-view. The blue brand suffered a crushing defeat in the battle for brand supremacy, losing 2-5 to RAW. The Universal Champion is now determined to raise standards on the blue brand, starting tonight.

Who would you like to see as Roman Reigns’ next challenger on WWE SmackDown? Let us know in the comments section below: