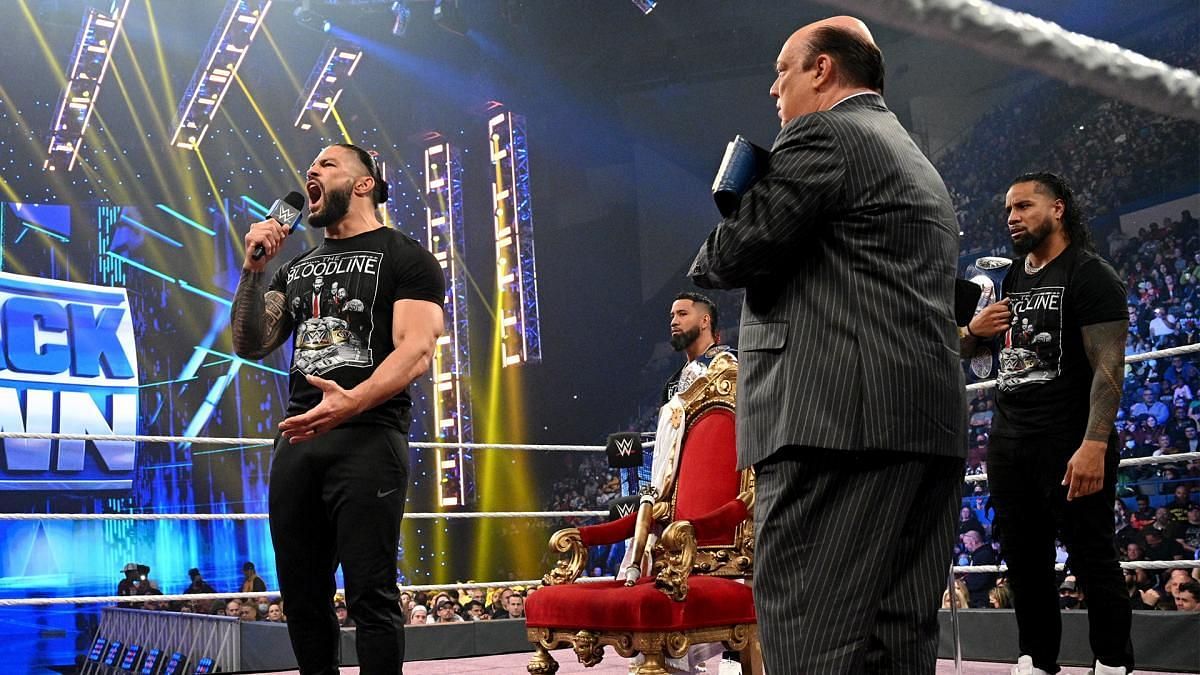 WWE SmackDown after Survivor Series is a reset that the entire brand needs, truth be told. The meaningless brand vs. brand feud has dragged on for far too long and it may be time to begin anew. With new feuds, new matches, and new eggless programming.

Nothing has yet been advertised for WWE SmackDown. It makes us wonder if there’s a plan in place already or if it’ll be one of those last-minute things. In any case, let’s help the creative team out with our own list of exciting surprises.

Feel free to suggest your own in the comments below. And hey, if you want to poke holes in the WWE SmackDown surprises mentioned in this list, don’t hesitate.

A humble request to leave golden eggs out of WWE SmackDown though. 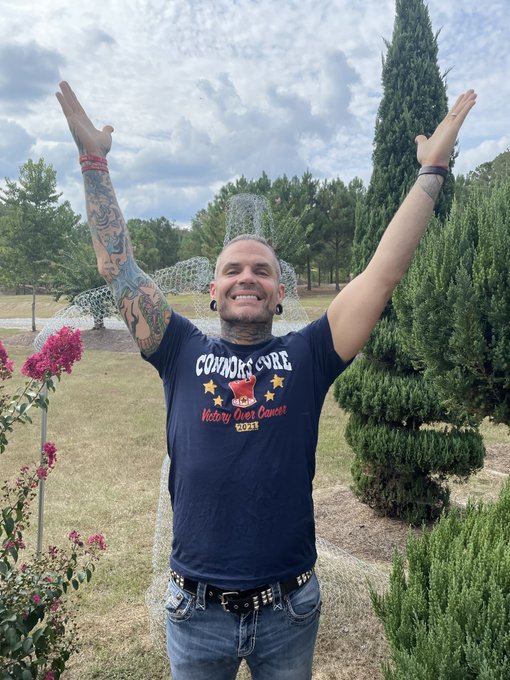 Leading into to Survivor Series, Sid Pullar from Sportskeeda had a chance to interact with Jeff Hardy, who said the following words:

“There’s three I think, more than anything. The first is to be the Universal Champion, ideally, defeating Roman Reigns. That’s one of my dream matches because his stuff is so powerful now. I got to mix it up with Seth [Rollins] and Dean [Ambrose] before he left. Roman’s the one guy I never came in contact with. I just kind of feel like I belong in that story, and that I will belong in that story,” said Hardy.

After his awesome performance at WWE Survivor Series, it stands to reason that he will confront Roman Reigns. No, he’s not been booked as strongly as The Tribal Chief. But Hardy is a storyteller and he can certainly tell a great tale with the Champ.

After taking some time to digest all that went on, some thoughts: 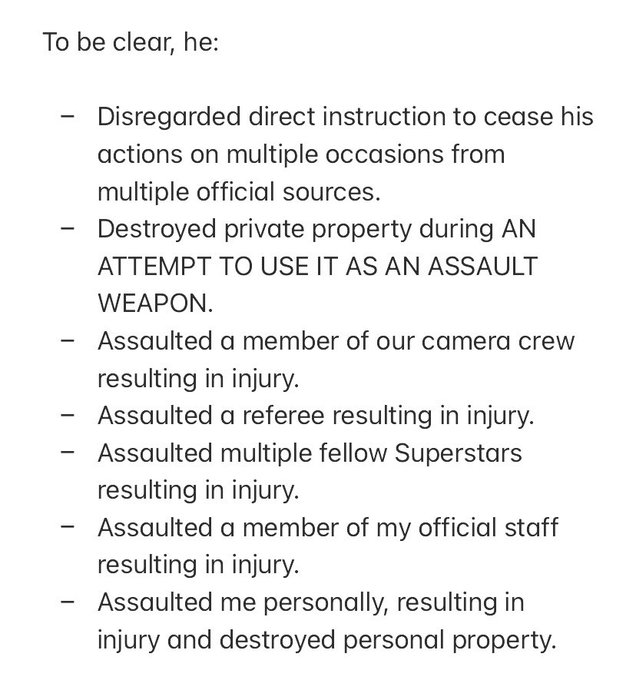 After taking some time to digest all that went on, some thoughts:

No, Brock Lesnar won’t be at WWE SmackDown this week. If such was going to be the case, the company would have advertised it in a massive way. That said, there’s always a chance that he could send a message to Adam Pearce via satellite. Imagine what a big pop such a segment would get.

Hey, we know the man’s suspension has been lifted. The WWE SmackDown roster and authority figures better look over their shoulders.

#3 A major heel turn happens on WWE SmackDown this week

A Disqualification leads to a victory for @ShinsukeN on the #SurvivorSeries Kickoff! 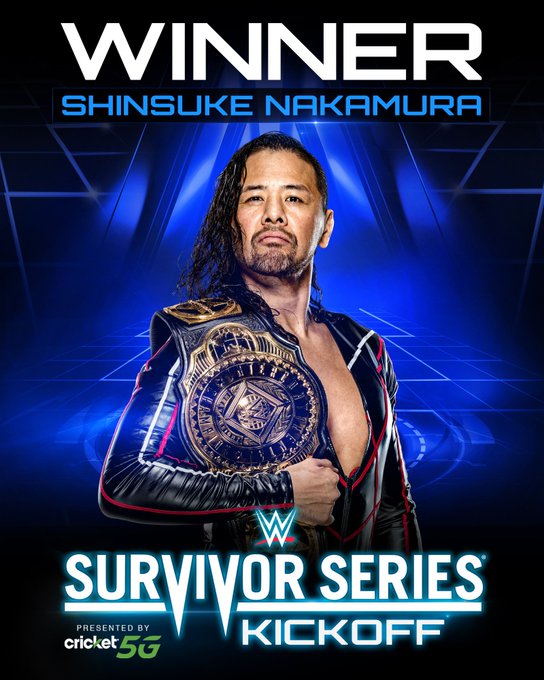 A Disqualification leads to a victory for @ShinsukeN on the #SurvivorSeries Kickoff! https://t.co/IyK7blwQyU

Now that Shinsuke Nakamura is done with Damian Priest, a feud with someone from the WWE SmackDown roster may soon be in the works. Unfortunately, this may not be an opponent that Nakamura saw coming at him!

Could Rick Boogs turn heel on this week’s show and challenge the former ‘King’ of WWE SmackDown to a duel? Such a feud would be personal, it would be intriguing and it would give Boogs something to do, instead of playing underwhelming guitar licks.

“If you’re going to get in there with me it’s going to be a baptism of fire. I’m the gatekeeper.”

“If you’re going to get in there with me it’s going to be a baptism of fire. I’m the gatekeeper.”

Could WWE SmackDown soon see a heel vs. heel feud? It would make sense to toss Sheamus and Ridge Holland right into the mix considering they’re the hot new team on the roster. Maybe in time, the two scrappers could even become babyfaces. But they could easily enter into a feud with The Usos and tear it up.

#1 The Maharaja confronts the King

The Maharaja has joined the cast of @BigSkyABC season 2 as Dhruv. Starting Tomorrow and every Thurs at 10/9C PM on @ABCNetwork and @hulu. #bigskyabc 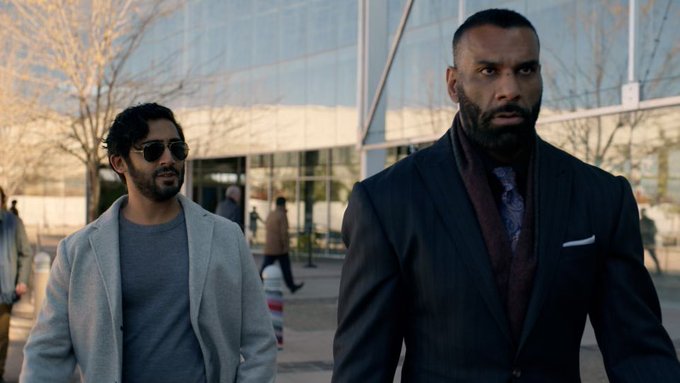 The Maharaja has joined the cast of @BigSkyABC season 2 as Dhruv. Starting Tomorrow and every Thurs at 10/9C PM on @ABCNetwork and @hulu. #bigskyabc https://t.co/ptarZWqkXm

Jinder Mahal has joined the cast of Big Sky, meaning that he can bring crossover views to WWE SmackDown. The word Maharaja is the Hindi word for ‘King’ or ‘Emperor’. Well, there’s no place for two kings on the WWE SmackDown brand. And this is why he could enter into a feud with Xavier Woods this week.

It did seem like Mahal would be feuding with WWE SmackDown stars Hit Row before they were released. It’s a new era, and so a feud with The New Day may be what the doctor ordered. And hey, when he’s healthy, Kofi Kingston could join the action too.