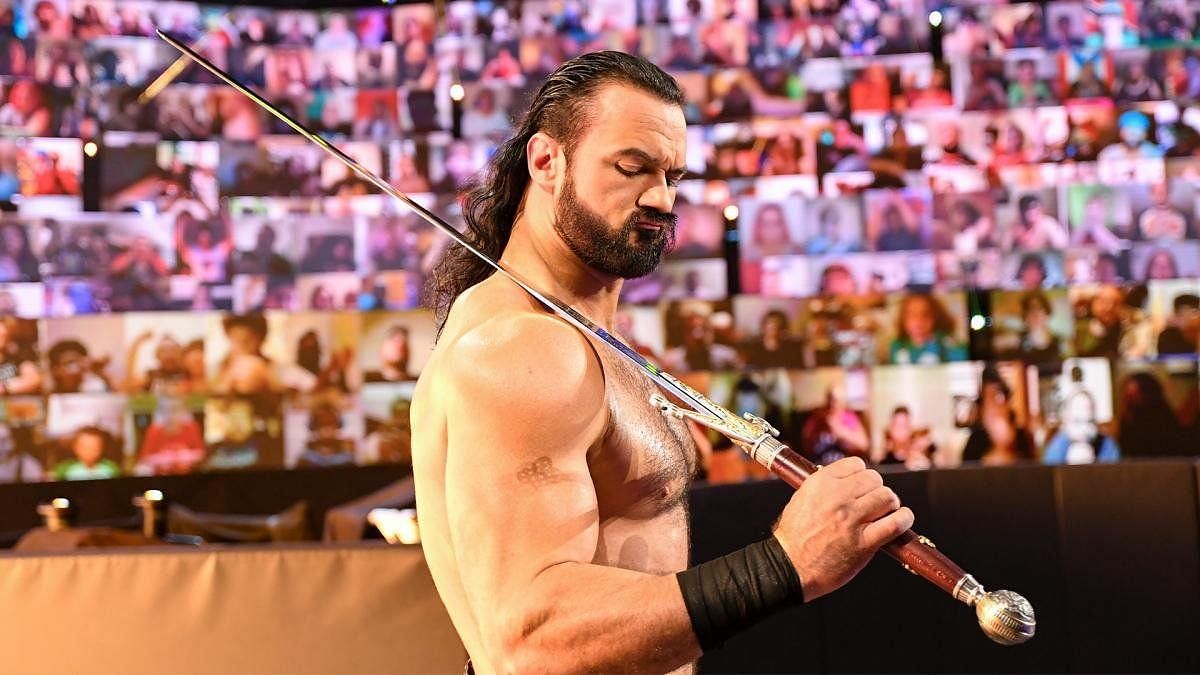 Drew McIntyre is one of the top stars in WWE, and he’s arguably the top babyface on SmackDown. During his two WWE Championship reigns, The Scottish Warrior carried the company during the pandemic era.

This week on Wrestling Observer Radio, Meltzer reported that WWE is looking to recycle a potential storyline where Drew McIntyre would get screwed out of opportunities by authority figures. Meltzer suggested that this plan could be the reason why McIntyre was not included in the battle royal on Friday’s episode of SmackDown.

“So the key stuff is that obviously, Brock Lesnar is back next week,” said Meltzer. “And they’re doing a new gimmick where the authority figures are trying to screw with Drew McIntyre, which is an entirely new storyline that WWE has never done before. But again, you know what’s what they’re doing. They’re repeating the stuff from the past. I mean, that’s what we’re seeing everywhere.”

As seen in the clip above, Sami Zayn ultimately won the battle royal to earn a shot at Roman Reigns’ WWE Universal Championship.

Before WWE SmackDown, the company announced that the next contender for Reigns would be determined through a Black Friday Invitational Battle Royal. As soon as the match was added to the show, many fans viewed McIntyre as the clear favorite to win.

During a backstage segment, The Scottish Warrior spoke with Adam Pearce and Sonya Deville and requested to be added to the battle royal. At that time, the two WWE officials stated that they did not have the final list of participants. But when the list came out, McIntyre’s name was not on it.

The Scottish Warrior was furious about this exclusion, and he tried to take matters into his own hands. Moments before the match was set to begin, McIntyre rushed to the ring with his sword and cleared the ring. But after the break, the broadcast team made it clear that McIntyre left the area of his own accord.

Moving forward, it’s fair to wonder how The Scottish Warrior will respond to the way Pearce and Deville left him out of the match. He’ll likely do whatever he can to earn a title shot, regardless of any obstacles in his way.

Do you think this storyline will build to Drew McIntyre facing Roman Reigns in the future? Let us know in the comments below.