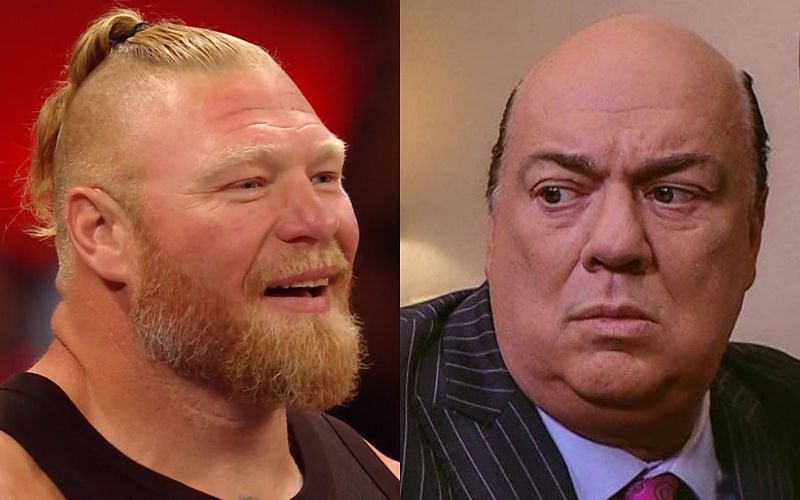 Last week, Braxton was in the opening segment of the blue brand that saw her mention “rumors” about Lesnar’s indefinite suspension being lifted. Heyman, who mocked the broadcaster for her lack of assuring sources, vehemently ridiculed her update.

He continued to make fun of Kayla Braxton throughout the episode and questioned her credibility with his jokes. However, Braxton had the last laugh when she confirmed that Brock Lesnar’s ban has indeed been lifted, and The Beast Incarnate is set to return on SmackDown this week.

She borrowed words from Paul Heyman’s condescending promo on the Friday night show and relished the fact that she “won” after delivering confirmed news on the show.

“I win. You lose. And there’s no Instagram filter that can change that, Paul,” Braxton said on Instagram.

Brock Lesnar’s return news overshadowed Sami Zayn’s moment. Despite winning the Battle Royal in SmackDown’s main event to get a shot at Roman Reigns’ Universal Championship, he could not celebrate for long.

The Bloodline laughed backstage after watching Zayn being crowned as the No.1 contender. However, their smiles quickly disappeared as soon as Braxton announced that Lesnar would return next week. The news also fetched must-watch reactions from Sami Zayn and Adam Pearce.

Why did WWE ban Brock Lesnar?

The Beast Incarnate challenged Roman Reigns for the Universal Championship at WWE Crown Jewel 2021. Unfortunately for him, he couldn’t beat The Tribal Chief following multiple interferences. A frustrated Lesnar then returned on SmackDown the following week and wreaked havoc.

Brock Lesnar then launched a vicious attack on Reigns and The Usos, but that was not enough. He destroyed half the SmackDown roster, attacked several members of the WWE production team, and mercilessly destroyed everything he could find.

As a result, Adam Pearce handed him an indefinite ban, but Lesnar still had other plans. He then attacked Pearce in the middle of the ring, which ultimately led to the WWE official slapping Brock Lesnar with a million-dollar fine in addition to the ban.

Now that Lesnar is set to return this week, it will be exciting to see who faces his wrath on the blue brand.