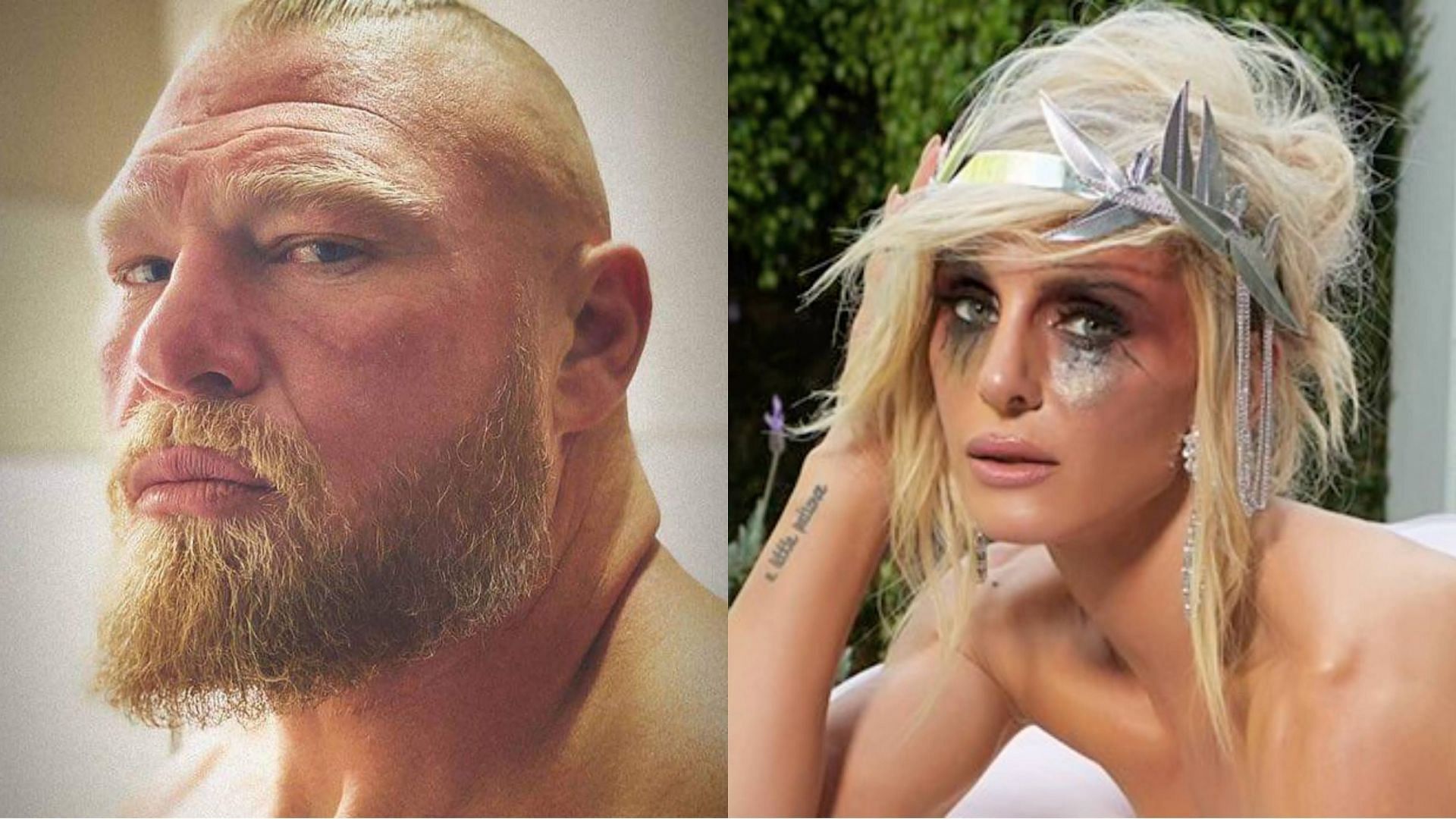 Welcome to the latest edition of WWE News and Rumor Roundup. A new report regarding a controversial gimmick has surfaced, indicating that it might not have a long-term future in the company.

Brock Lesnar will make his highly-anticipated return soon, and a former champion has mentioned that he is certainly not looking forward to it. Meanwhile, Toni Storm and Charlotte Flair had an altercation on the latest WWE SmackDown episode. The latter then took some shots at Storm during a backstage interview.

A recent report has highlighted the lack of interest surrounding this year’s Survivor Series pay-per-view. Not too long ago, a WWE Hall of Famer mentioned how The Rock received a lot of advice during his early stint in the promotion.

With that in mind, let’s take a closer look at these news and rumor stories.

The latest episode of WWE NXT 2.0 featured a vignette that hyped up the arrival of Tiffany Stratton to the Tuesday night show. Her character seems to be based on a popular trope from movies and television shows, as she looks set to portray a rich, spoiled “daddy’s girl” gimmick.

Check out her comments from the recent vignette below:

“Whomever said money can’t buy happiness must have been poor. Daddy has paid for my tennis lessons since I was a little girl. And now, I have the best serve at the country club. I wasn’t born with a silver spoon in my mouth, ugh, because… silver is tacky. Daddy said I’m ready to take over NXT, and he is never wrong,” said Stratton.

Now, Bryan Alvarez has implied on Wrestling Observer Live that there could be internal conflict over this on-screen angle within WWE. Although he isn’t too sure whether or not more vignettes featuring Stratton have already been filmed, the company might nix plans for the “daddy’s girl” character as a result of higher-ups “backing away” from the idea.

“I couldn’t help but hear within the last few hours that they may now be backing away from this daddy’s girl character so we’ll see. I’m not sure how many vignettes they’ve already shot but if she’s no longer talking about ‘daddy’ then you’ll know why. You heard it here first,” said Alvarez.

Tiffany Stratton has already appeared on WWE television for the November 19th episode of 205 Live, where she defeated Amari Miller. Thanks to the above rumor and the controversial nature of her vignette, it will now be interesting to see how she fares on NXT 2.0.

Brock Lesnar had been out of action for WWE due to a storyline suspension by on-screen official Adam Pearce. The Beast Incarnate will now return on the upcoming episode of SmackDown, and Pearce recently made some comments — in character — about how unhappy he was regarding this news.

After all, Lesnar got suspended for attacking the five-time NWA World Heavyweight Champion and other WWE personnel last month. Kayla Braxton, who revealed that the megastar’s suspension had been lifted, appeared on Talking Smack and asked Adam Pearce about his reaction to the announcement.

Another person who isn’t in a celebratory mood following the news of Brock Lesnar’s current status is Sami Zayn. He became the top contender for Roman Reigns’ Universal Championship on the latest SmackDown episode. But his well-earned moment got immediately overshadowed by the announcement of The Beast Incarnate’s return.

Charlotte Flair didn’t seem too thrilled over her outfit getting smeared with pie during her recent WWE segment with Toni Storm.

The Queen hit Storm with two pies to the face on the November 26th episode of SmackDown. In a subsequent backstage interview, Flair addressed their messy throwdown and mentioned why she hasn’t taken the former NXT UK star’s match challenge into consideration yet.

“I’m gonna send her a dry cleaning bill for my top that has cake all over it. I mean, seriously? It’s not that I’m not taking her seriously. What has she done for me to take her serious, is my question. I will defend my championship when I feel like it. Maybe if she pays for my dry cleaning,” Charlotte Flair said.

Although Toni Storm arrived on SmackDown back in July, she has wrestled in just three televised matches on the blue brand thus far. Her most recent bout went down at the Survivor Series pay-per-view, where she was part of the losing team against five women from the RAW roster.

Many fans felt that the buildup to this year’s WWE Survivor Series event was lackluster. As per the latest Wrestling Observer Newsletter, this has been reflected in terms of overall interest as well.

Survivor Series celebrated The Rock’s 25-year-career this year. However, the Hollywood megastar didn’t appear at the event due to another filming commitment. Instead, Vince McMahon made a rare on-screen appearance for an angle related to The Rock’s new Netflix movie, ‘Red Notice.’

Becky Lynch vs. Charlotte Flair was one of the main selling points of the show as a result of them having real-life heat against each other, whereas the brand supremacy premise had little hype behind it this year. 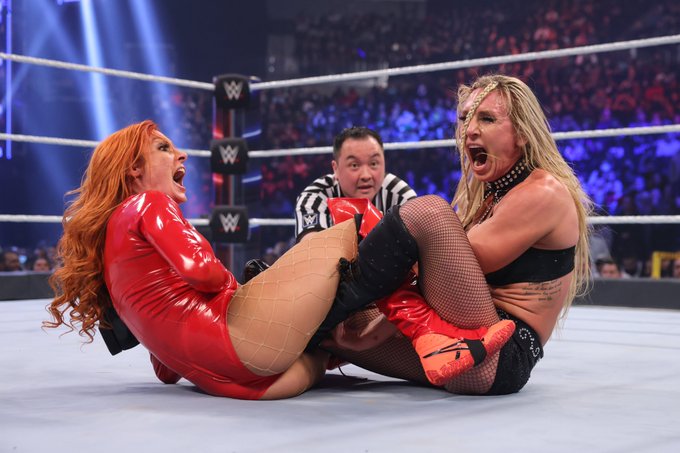 #1. The Godfather recalls how The Rock received advice in his early WWE career

One of The Rock‘s earliest runs in WWE saw him in The Nation of Domination — a popular stable that also included Kama Mustafa (The Godfather), Faarooq (Ron Simmons), D’Lo Brown, and Mark Henry, among others.

Speaking on a recent episode of WWE’s The Bump, The Godfather mentioned that Ron Simmons mentored a lot of people in the locker room back during the Attitude Era. The Rock not only received advice from Simmons but also from other members of the faction, who “tried to put him over” as much as they could.

A fresh-faced Rocky Maivia returns from injury, turns heel, and joins the Nation of Domination.

He’d go on to have a decent career 😉 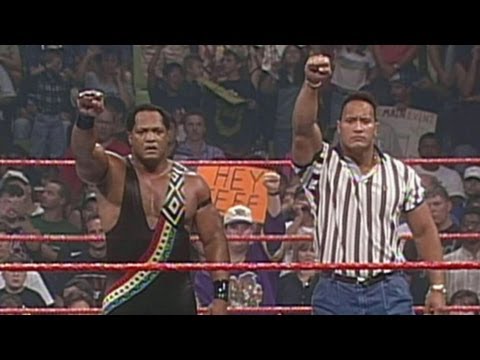 A fresh-faced Rocky Maivia returns from injury, turns heel, and joins the Nation of Domination.

He’d go on to have a decent career 😉 https://t.co/kKgZsjNIZl

The WWE Hall of Famer added that he enjoyed working with The Rock in The Nation of Domination. Rocky began earning more fan support toward the end of the faction’s run, which eventually led to him going solo and becoming the megastar he is today.

What are your thoughts on any of the topics covered in today’s roundup? Sound off in the comments section below.