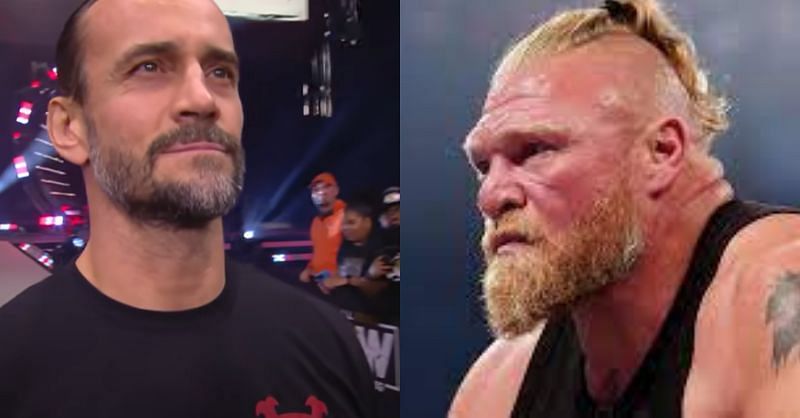 Jim Cornette said CM Punk would have to start building ‘from scratch’ if he ever went back to WWE, while the same applies to Brock Lesnar in AEW.

The WWE legend was asked on his podcast to compare both CM Punk and Brock Lesnar’s star power. Cornette discussed the possibility of a matchup in AEW for Brock Lesnar, but he wouldn’t necessarily fit in that world. What’s more, Cornette said the same would be true of Punk:

“It’s a hypothetical fantasy question, yes, but it shows context. Who else is going to be his dance partner? And what has a past history where it has brought us up until now? When you change people, sometimes, you need to change somebody from one company to the other to fresh them up. But sometimes, it means you have to pretty much start from scratch,” Jim Cornette said.

Jim Cornette then elaborates on how Brock Lesnar fits the WWE style, while Punk may not in his current avatar. He elaborates that the reverse could be true of Lesnar in AEW:

Cornette continues, “You wouldn’t have to start anything from scratch with Brock Lesnar… he fits the WWE. He fits their style. In AEW, you wouldn’t have that. But by the same token, if Punk went to WWE again, the same thing would be true. He’d have history, but you have to start building things from scratch, and I don’t know if that fan base would be as excited to see [CM Punk] back as the AEW fan base is to see him there.”

Judging by Cornette’s comments, CM Punk and Brock Lesnar are not interchangeable. In his opinion, both are stars, but they appeal to different fan bases. Although an interesting opinion, some fans on both sides of the aisle might have differing views.

While CM Punk traded barbs with Maxwell Jacob Friedman in an incredible segment last week on AEW Dynamite, it’s still unclear when the two will face each other.

Fans are certain to be looking forward to this long-awaited matchup, whenever it does take place.

Please give a H/T to Sportskeeda Wrestling for the transcription if you use the quotes from this article.