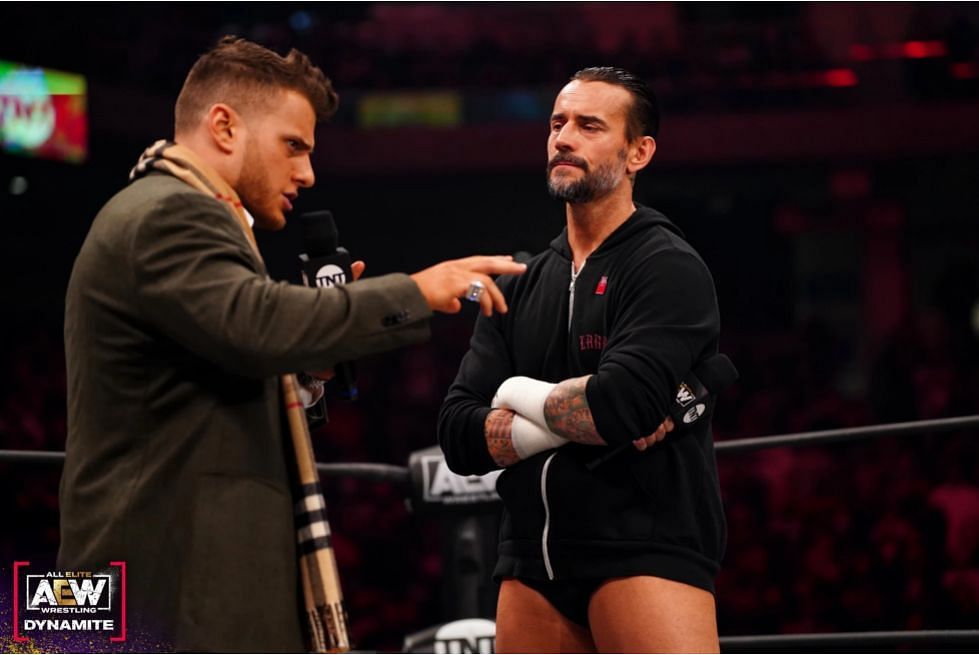 AEW star MJF received some serious praise from WWE Hall of Famer Bully Ray, as the former Tag Team wrestling icon thinks he is even better than CM Punk on the mic.

Punk and MJF have been embroiled in a feud, and their impressive promo battle on last week’s AEW Dynamite captured the imagination of wrestling fans around the globe.

CM Punk squared off with Lee Moriarty as MJF was present on the commentary desk on this week’s show. After the match was done, The Salt Of The Earth decided to mock Punk for his performance, saying he was struggling to beat people like Moriarty.

.@The_MJF is back for more on the mic with @CMPunk – Watch #AEWDynamite LIVE everywhere on @tntdrama NOW! https://t.co/LN9O8vjDYx

The two went back and forth for a bit before MJF decided to take shots at Punk’s pet dog, Larry. The former WWE Champion wasn’t happy with this and went after the Pinnacle leader. However, Wardlow stepped in to save MJF.

WWE Hall Of Famer Bully Ray was seemingly impressed by The Salt Of The Earth and took to Twitter to say that the young star has the skills to destroy CM Punk on the mic.

If MJF really wanted to, he could verbally eviscerate Punk.

If MJF really wanted to, he could verbally eviscerate Punk.

Right now, there is no definitive date set on when CM Punk and MJF will finally clash with one another.

He said that CM Punk and MJF’s back-and-forth went on his list of “best-ever segments” in professional wrestling history.

“There will never be another promo like that one. That was a special moment we’ll never see again. Our kids may see one, but that was one of the most special wrestling moments in history. I say that because as a kid, I’ve seen some great promo artists, Roddy Piper, Ted DiBiase, The Rock, and you can go into hundreds of guys that we thought were pretty good on the stick, but never has there been two guys at the same damn time have a battle of wits that will equal, that touched on things that were so real, that we will likely not have those type of moments again,” said Henry.

With MJF set to compete in Dynamite Diamond Ring Battle Royale next week, fans can expect CM Punk to make his presence felt during the match and add more intensity to their rivalry.

The Straight Edge Superstar could play a role in eliminating MJF from the match, which would surely force the latter to call out Punk for a match.

Are you excited for the eventual match between MJF and CM Punk? Let us know all your thoughts on this high profile feud in the comment section below!