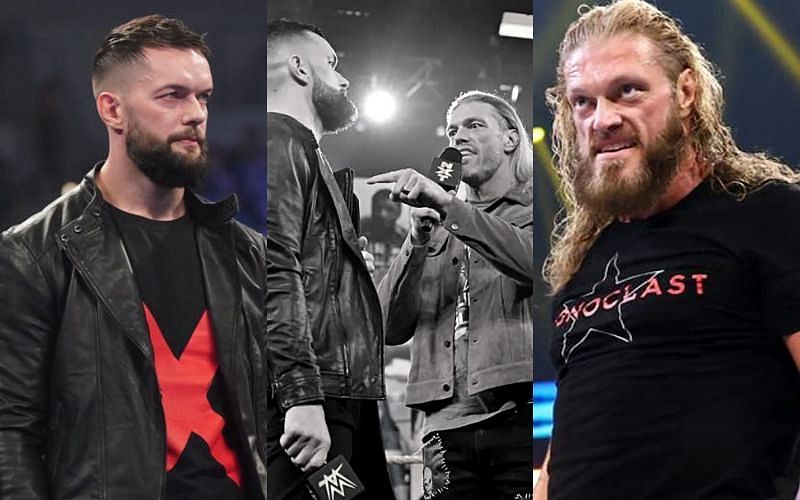 Edge is set to return on RAW this week, and Beth Phoenix believes he should face Finn Balor.

After winning the Royal Rumble earlier this year, The Rated-R Superstar paid a visit to NXT where Balor was still the champion. Their brief confrontation on the show led many into believing that the two could deliver a great match if and when they are booked in a WWE feud.

Edge recently took to Twitter to ask who should be his next opponent on the red brand. While fans suggested several top names, his wife Beth Phoenix picked The Prince. She witnessed the latest interaction between the two while calling the action at the commentary desk on NXT.

Several fans also hailed Finn Balor as a great option for Edge, but there were others who noted that AJ Styles would also make for a good opponent against the Hall of Famer.

The Prince challenged Roman Reigns for the Universal Championship when he was on SmackDown. His credibility as well as that of The Demon King took a serious hit when his match against Reigns came to a disappointing end. The former Universal Champion then moved to RAW as part of the 2021 Draft.

Since arriving on the red brand, he has been involved in multiple big matches. He faced Kevin Owens in an exciting match on RAW that eventually ended with the latter picking up a victory. Last week, he was scheduled to take on Seth Rollins in a singles match. Unfortunately, The Architect had other plans and he launched a vicious attack on his opponent even before the bell could ring.

WWE confirmed that Finn Balor and Seth Rollins will face each other in a rematch tonight on the Monday night show. Since The Rollins is involved in a title feud with Big E at the moment, could we see Balor shift his focus to Edge should The Rated-R Superstar pick The Prince as his next challenge?