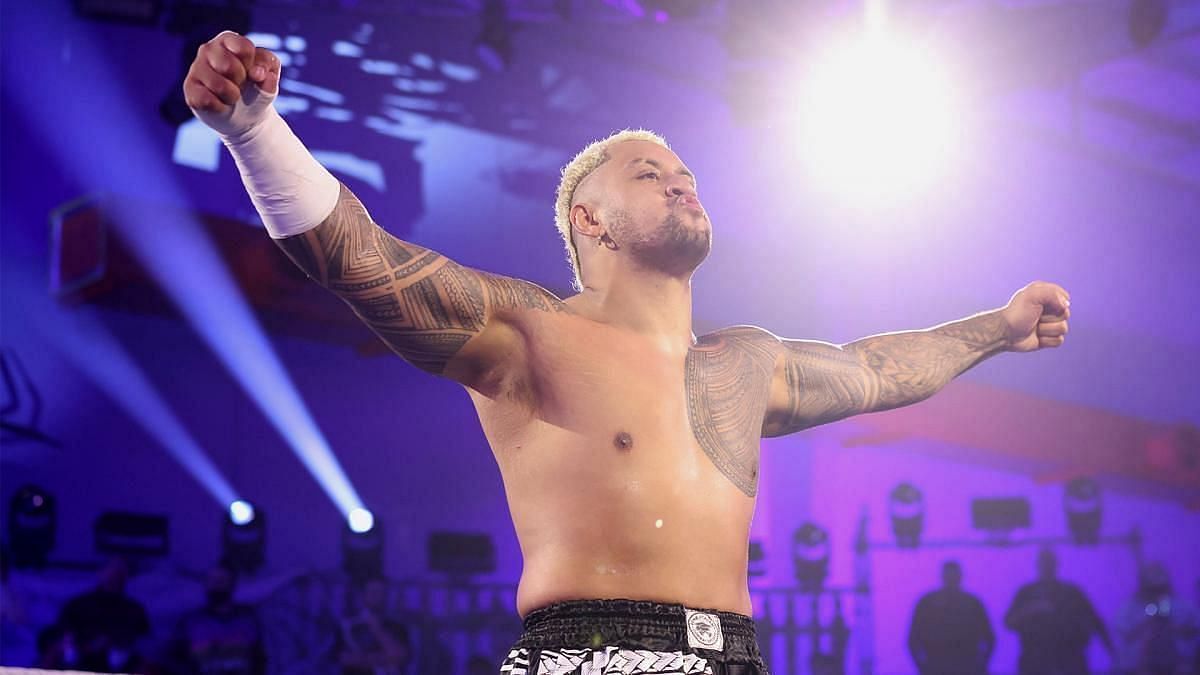 Solo Sikoa made his debut against Andre Chase. Impressive Brazilian star Valentina Feroz faced an uphill task as she battled Elektra Lopez of Legado Del Fantasma. Amari Miller was looking for an opportunity to gain back some lost momentum following her defeat last week as she went toe-to-toe with Erica Yan.

Feroz used her quickness to dodge Lopez’s offense early on in the contest. Lopez landed a stiff right and slammed her opponent into the mat.

The strength. The impact.

The strength. The impact.

Lopez continued to dominate using her strength. She delivered a body slam and a running elbow into the corner. She missed a second running elbow which allowed Feroz to fight her way back into the match with a Hurricanrana and a dropkick.

Feroz tried to keep the attack going but fell short against Lopez’s power as the latter delivered a modified powerbomb for the three-count.

Miller and Yan traded headlocks to start the match. Miller delivered stiff kicks and locked in a submission maneuver into a crucifix pin for a near fall. She followed it up with a kick to the throat.

Miller locked in another submission move, but Yan was able to force her way out. Soon, Miller reversed a scoop slam attempt and landed a jumping knee followed by slamming her opponent face-first into her knee for the pinfall win.

Andre Chase displayed his technical skills to gain the upper hand and went on to trash talk, but Sikoa knocked him down with a solid right hand.

There’s a teachable moment for you, @AndreChaseWWE.

There’s a teachable moment for you, @AndreChaseWWE.

Sikoa went on to hammer Chase with kicks and threw him out of the ring with a belly-to-belly suplex. An attempted Samoan drop was reversed by Chase, who delivered a swinging neck breaker. He went on to stomp Sikoa multiple times, followed by a Side Russian Legsweep.

Everyone’s favorite knucklehead @AndreChaseWWE looks to rally the CHASE UNIVERSITY student section while attempting to solve his problem on #205Live in the form of @WWESoloSikoa!
8:58 AM · Nov 27, 2021
263
43

Everyone’s favorite knucklehead @AndreChaseWWE looks to rally the CHASE UNIVERSITY student section while attempting to solve his problem on #205Live in the form of @WWESoloSikoa! https://t.co/yHAjzccdRn

Chase put Sikoa in a headlock, but the latter powered his way out by channeling the energy of the live crowd. Chase missed an elbow drop, and Sikoa delivered a running senton, followed by a spinning heel kick for a near fall.

Chase used the ropes to his advantage and landed a Tornado DDT. However, Sikoa quickly turned it around with a Samoan Drop followed by a splash from the top rope for the win.