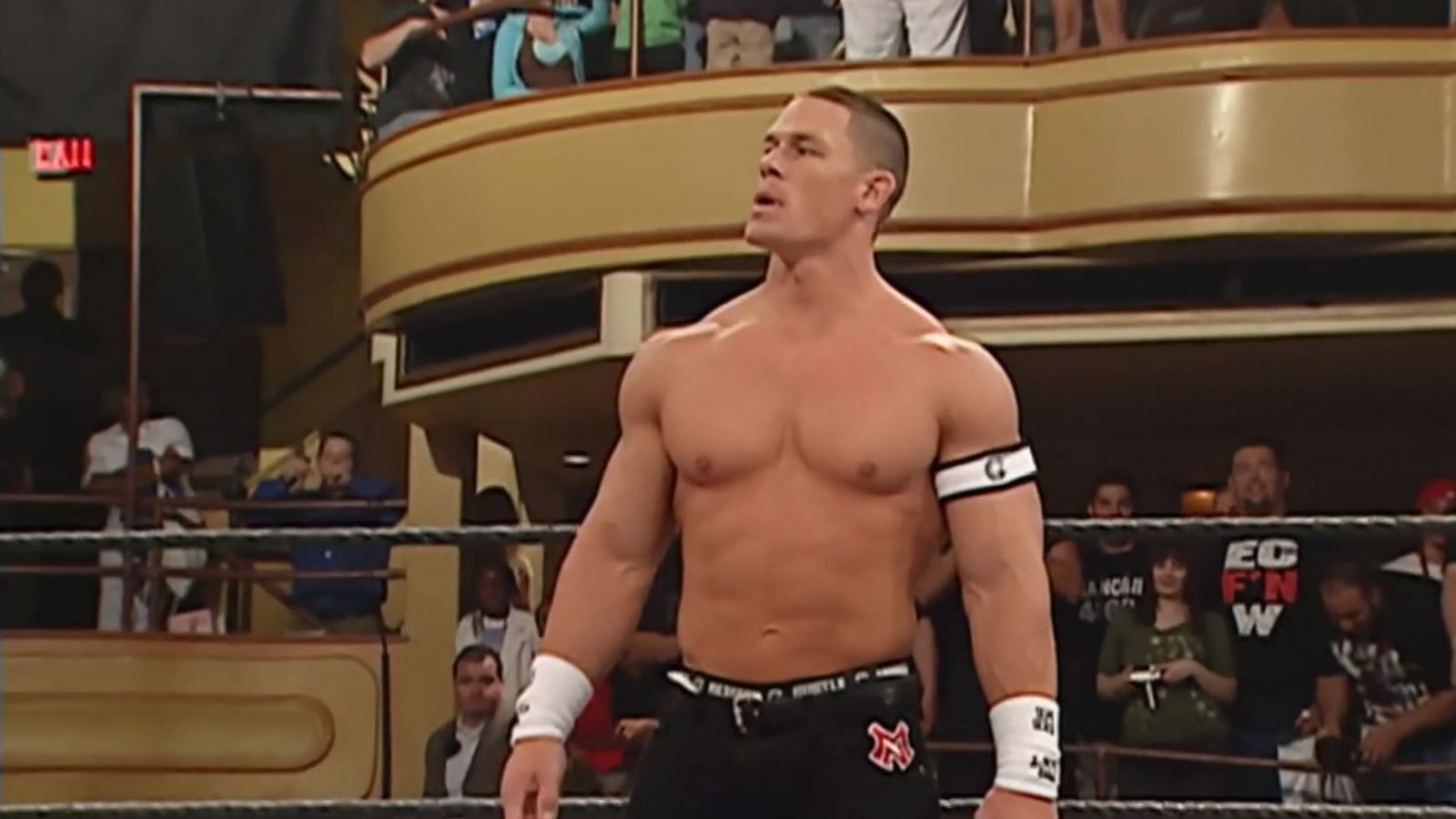 One the latest edition of The Jim Cornette Experience, WWE veteran Jim Cornette gave his take on the incident from AEW Dynamite where Cody Rhodes threw his belt into the crowd only for a fan to throw it back.

Cornette compared the incident to what happened at ECW One Night Stand 2006, where fans repeatedly threw John Cena’s shirt back at him before his title match against fan-favorite Rob Van Dam:

“Cody took his weight belt off and threw it into the crowd, and the crowd grabbed it, and a guy threw it back into the ring, and that got the biggest pop of the match. They came unglued when the crowd threw the belt back. I seem to remember the crowd throwing something back on the Dynamic Dudes one time. When they had the ECW pay-per-view, they threw Cena’s towel back. It’s happened a few times through history but the joyousness…it wasn’t even a cheer pop, it was laughing and happy pop.”

What went down with John Cena at ECW One Night Stand 2006?

John Cena defended the WWE Championship against Rob Van Dam in front of a hostile crowd at ECW One Night Stand 2006. Fans in attendance were behind RVD and booed Cena from the moment his music hit.

Before the match began, Cena threw his t-shirt into the crowd about five times, and each time fans threw the shirt back at Cena.

The match ended with RVD winning the WWE Championship after interference from Edge, who came out and mowed Cena down with a Spear, leading to Thank you Edge chants before RVD hit the Five Star Frog Splash. With the referee down, Paul Heyman came out and made the count.

If ant quotes are used from this article please add an H/T to Sportskeeda Wrestling and credit The Jim Cornette Experience.