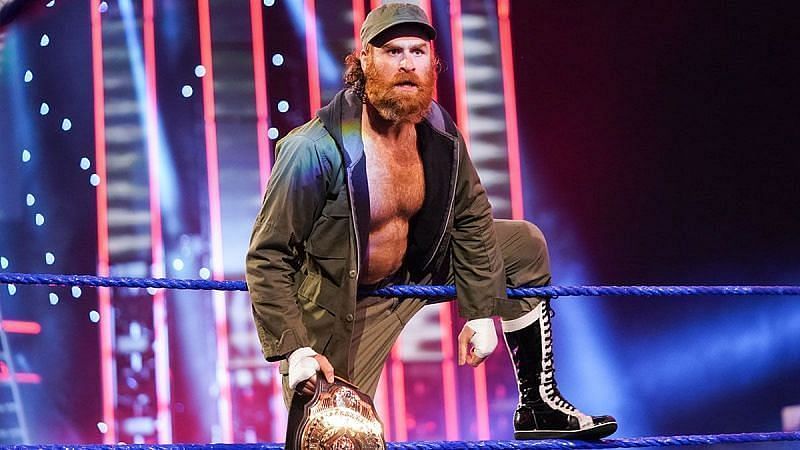 Why Sami Zayn should join AEW

According to reports, Sami Zayn’s WWE contract will expire later this year. Following the arrival of CM Punk, Adam Cole and Bryan Danielson in AEW, fans are speculating that many wrestlers will be going to All Elite Wrestling as it is a much bigger promotion than it was before.

Sami Zayn has been working with WWE for over 8 years. Many former WWE superstars have joined AEW as it is a great competition.

He recently tweeted ahead of WWE NXT 2.0, asking why no one has thanked him for revolutionizing the business with his run on the black and gold brand. As he was a former NXT Champion, Zayn believes everyone should show gratitude to him for the success of the brand.

As this new era of @WWENXT begins, think of all the greats that passed through NXT to this point & how virtually none of them would have ever been there if not for me making NXT a thing. But does anyone say thank you Sami for revolutionizing the business? Of course not. Poor me.
4:16 AM · Sep 15, 2021
14491
987

As this new era of @WWENXT begins, think of all the greats that passed through NXT to this point & how virtually none of them would have ever been there if not for me making NXT a thing. But does anyone say thank you Sami for revolutionizing the business? Of course not. Poor me.

Despite his incredible wrestling and promo skills, WWE has always failed to recognize him as a main eventer.

However? His promos are liked by fans because they are edgier than others. His matches and selling of moves are excellent. He can be good as a babyface and even better as a heel.

So AEW will have flexibility as he has good babyface and heel characters.

Sami Zayn has had a great number of matches in WWE since 2014.

Zayn could have more dream matches in All Elite Wrestling.

If Sami Zayn joined AEW, it would open a new portal for those same type of matches. Potential showdowns against Kenny Omega, Malakai Black, Jon Moxley, Chris Jericho and Cody Rhodes would definitely be worth watching. A back and forth segment on promos with MJF could have the potential to set up one of the most anticipated angles in AEW history

Zayn would be a great addition to the AEW roster. He’s a veteran who still has a lot left in the tank. He’s still an explosive wrestler, despite how many miles he has on his odometer. Despite the fact that he wouldn’t be able to use the name ‘Sami Zayn’ in All Elite Wrestling, he still has a recognizable face and solidifies the promotion even more in the eyes of mainstream fans.

Those are just a few reasons why Sami Zayn should join AEW. It will be interesting to see if he makes the jump.

What do you think about the idea of Sami Zayn joining All Elite Wrestling? Do you think he would throve there or get lost in the shuffle? Share your thoughts in the comments section below.