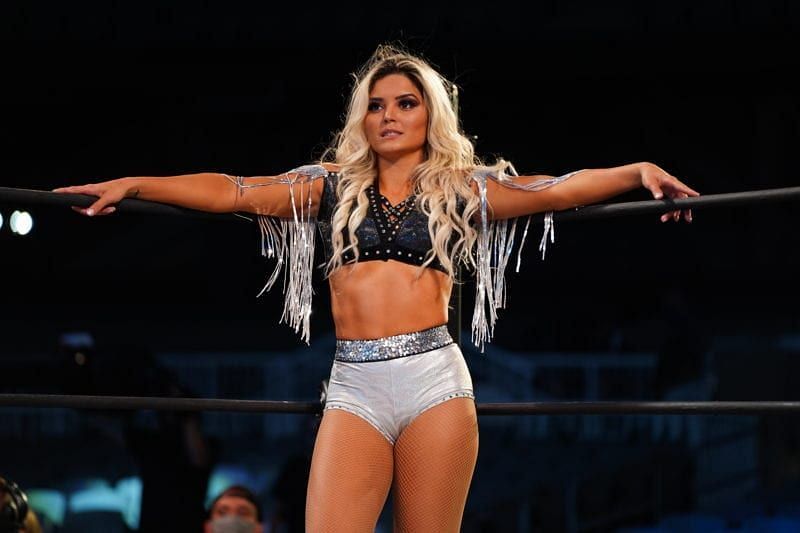 Who is Tay Conti’s ex-husband?

AEW star Tay Conti has revealed on social media that she is no longer with her husband. The AEW star claimed that she hasn’t been married for a while now.

On social media, Tay Conti was asked why she doesn’t post pictures with her husband anymore. In response to the question, Conti put up an Instagram story to reveal the same.

“Nope, we have been separated for a long time” – wrote Tay Conti on Twitter.

With that being said, who is Tay Conti’s ex-husband?

Tay Conti’s ex-husband is Jorge Conti. Jorge is a Brazilian Judo fighter and he and Tay got married in 2017.

Since leaving WWE, Tay Conti has been on the rise in AEW and has finally gotten a proper chance to showcase her pro wrestling skills. Conti has developed a lot of her in-ring capabilities and her matches in AEW have showcased the improvement.

In the past, Tay Conti has competed for the NWA World Women’s Championship on AEW Dynamite. But she failed to win the belt from then-champion Serena Deeb.

The Brazilian sensation is also known for teaming up with her close friend Anna Jay on AEW TV. Together the duo are known as TayJay. Previously, Tay Conti also competed for the AEW Women’s Championship when she faced former champion Hikaru Shida.

However, the former WWE NXT star was unable to win the belt off Shida on the 21st April episode of AEW Dynamite. At AEW Full Gear 2021, Conti once again got herself a shot at the AEW Women’s Championship.

This time around, Tay Conti put together an incredible outing and took current champion Britt Baker to the limit. Conti and Baker had a back-and-forth match and the champion managed to kick out of some incredible moves from the challenger. Eventually, Baker retained her title, courtesy of interference from her allies Rebel and Jamie Hayter.