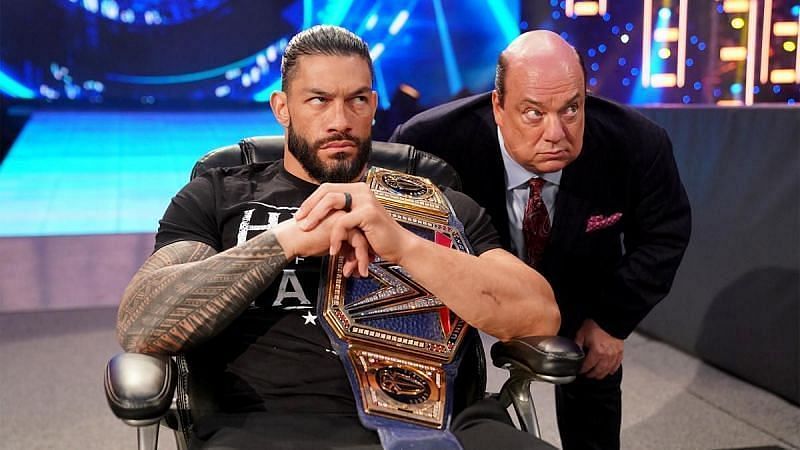 Roman Reigns is undoubtedly the biggest name currently in WWE, with him being the Universal Champion for over a year. After more than five years of WWE booking him as a main-eventer, it doesn’t seem like he will leave the company anytime in the near future.

However, it is well-known that WWE wrestlers are also normal employees and work on time-based contracts. Major stars like Adam Cole and Daniel Bryan have recently left the promotion after their contacts expired. Roman Reigns is also bound to WWE with a contract that will expire sometime in the future.

The Tribal Chief reportedly signed a multi-year deal with WWE in 2019. The expiration date hasn’t been officially announced, but it is expected that Roman Reigns’ contract will expire sometime in 2023.

“If you sign this contract, I’m gonna smash you and send you right back to NXT!” 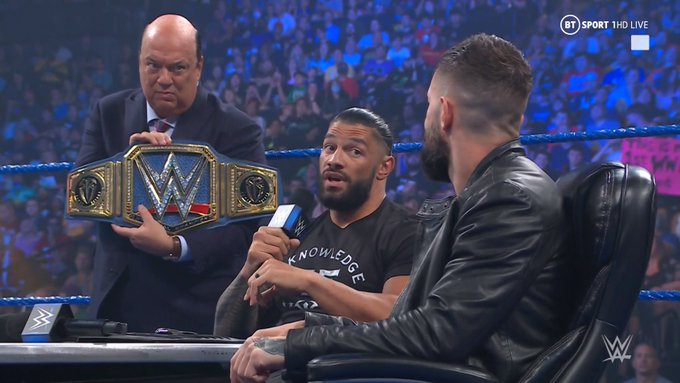 “If you sign this contract, I’m gonna smash you and send you right back to NXT!”

Along with Roman Reigns, many other stars like Becky Lynch and Randy Orton have signed multi-year deals with WWE. Legends like The Undertaker and Booker T have signed deals that will keep them WWE-bound until at least 2029.

Did Roman Reigns hint at becoming a mainstream Hollywood actor?

“I have a pretty good track record with being thrown in the deep end. If that’s what happens in Hollywood, I’m going to swim.” 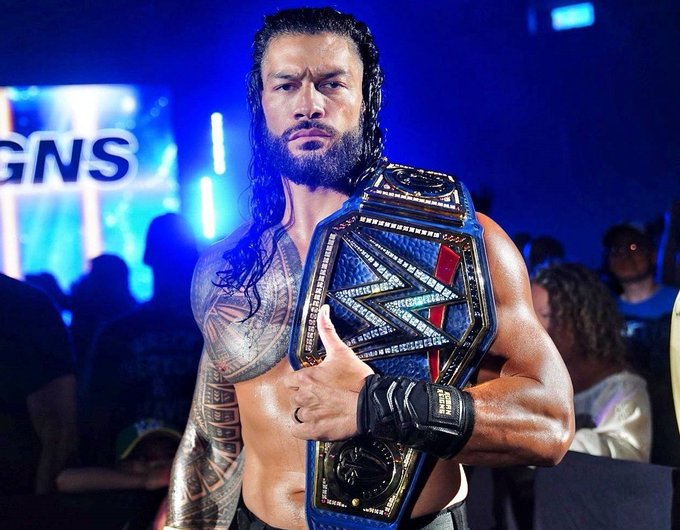 “I have a pretty good track record with being thrown in the deep end. If that’s what happens in Hollywood, I’m going to swim.”

In a recent interview on ESPN’s The Michael Kay Show, The Head of the Table talked about joining names like The Rock and John Cena in eventually becoming a Hollywood star.

“At the end of the day, it’s about getting in that game, being thrown into that fire and seeing how you do. But I have a pretty good track record with being thrown in the deep end. And if that’s what happens in Hollywood, I’m looking to swim.” said Reigns.’

The former WWE Champion also stated that he is thankful to WWE for all the skills he has learned by working in the company. He believes that these skills will help him become a great Hollywood actor.

He explained that when his body isn’t fit enough to wrestle anymore, he will surely try becoming a movie actor to provide his fans with some new form of entertainment.

“This is a young man’s game. You can’t fall down your whole life. You have to get to a point where you can transition, and you can continue to connect and create new, fresh, and evolved content for your fanbase and your supporters. I think I have the ability to do that.” the Tribal Chief said.

The Big Dog is currently 36 years old, which means that he can probably wrestle for many more years to come. However, it will be interesting to see WWE alumni like John Cena, Roman Reigns, and The Rock – all in one movie!

Who will dethrone Roman Reigns as the Universal Champion? Express your opinion in the comments section!