WWE’s 2021 calendar is coming to a close, with the final pay-per-view of the year wrapped up. Traditionally, WWE holds a pay-per-view in the month of December but for this year, TLC was scrapped. Survivor Series on November 21 concluded the company’s offerings for the year.

NXT 2.0 held their annual WarGames event on December 5, but this is not considered to be a part of WWE’s main roster pay-per-view offerings.

Nick Khan, WWE’s President & Chief Revenue Officer, recently revealed WWE’s pay-per-view calendar. Khan noted that the announcement was made to give the WWE Universe the opportunity to plan ahead.

Get your tickets RIGHT NOW to be part of the most stupendous 2-night #WrestleMania in history! 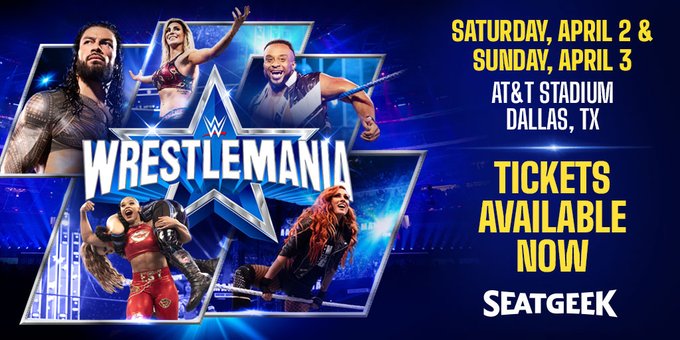 Get your tickets RIGHT NOW to be part of the most stupendous 2-night #WrestleMania in history!

Three pay-per-view names have yet to be confirmed, with the September event yet to have a location confirmed. 2022 will also mark the first time that Money in the Bank will be hosted in a stadium.

Nick Khan spoke to WWE.com on the day of the announcement:

“Since returning to live events this past July, our fans have graciously expressed a tremendous appetite to attend WWE shows. As they begin to make plans for next year, we wanted to make sure that the 2022 schedule and locations of our pay-per-views were made available to them.” (h/t WWE.com)

How many stadium WWE pay-per-views will there be in 2022? 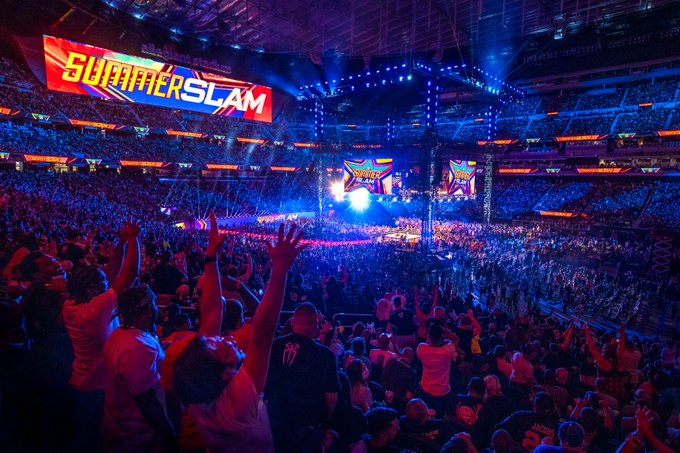 Overall, WWE has announced that there will be a minimum of four stadium events in 2022 for the first time ever. Royal Rumble, WrestleMania (two-night event), Money in the Bank and SummerSlam will take place inside a stadium.

There has been speculation that September’s pay-per-view offering may take place in the UK, in a stadium, meaning the total could go up to five. No details have yet been disclosed as of this writing.