WCW veteran Konnan gave his opinion on Tony Khan’s likely release of superstars on his podcast, Keeping It 100.

Konnan read a question from one of his listeners wherein they mentioned that Tony Khan’s roster is currently bloated. The author went on to mention AEW‘s ratings not matching up with fans’ reactions to promos, such as CM Punk vs MJF.

Konnan and his co-presenters mentioned that the listener miscategorized what could likely happen once many of the AEW stars’ contracts expire.

“Well he miscategorized that because it’s not gonna be like “Khan releases 12 guys”. Their contracts expired, that’s different than being released.”

The veteran wrestler then went on to note that Tony Khan had kept AEW talent signed during the pandemic. WWE notably did the opposite, releasing more wrestlers at once during the pandemic than they ever have before. Many of these wrestlers found their way into AEW, pushing the roster size up even more. 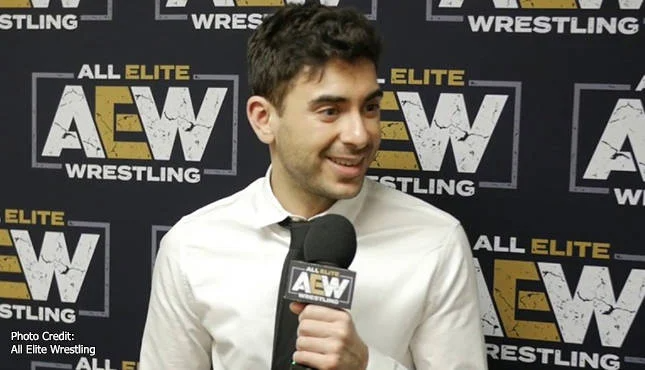 While AEW has been able to keep their roster going and not release any wrestlers, Tony Khan will have to do that someday soon.

So far, Khan has been a darling to fans, appearing to care a lot more than Vince McMahon does regarding the talent. However, both men are businessmen, and while Khan sees it fit to keep wrestlers on, that might change soon.

Would Khan still be the babyface of wrestling promoters if he had to opt not to renew contracts of wrestlers like Sonny Kiss or Joey Janela? Lower mid-card wrestlers are important, but when you have powerhouses like CM Punk and Adam Page on one roster, this becomes a challenge.

Tony Khan will undoubtedly begin to trim his roster sooner rather than later, especially if he wishes to be a valid competitor to WWE. Once that time comes, he might just have to “turn heel” to justify letting go of the talent he kept afloat.

What original AEW will get released in 2022? Share your thoughts in the comments section below.