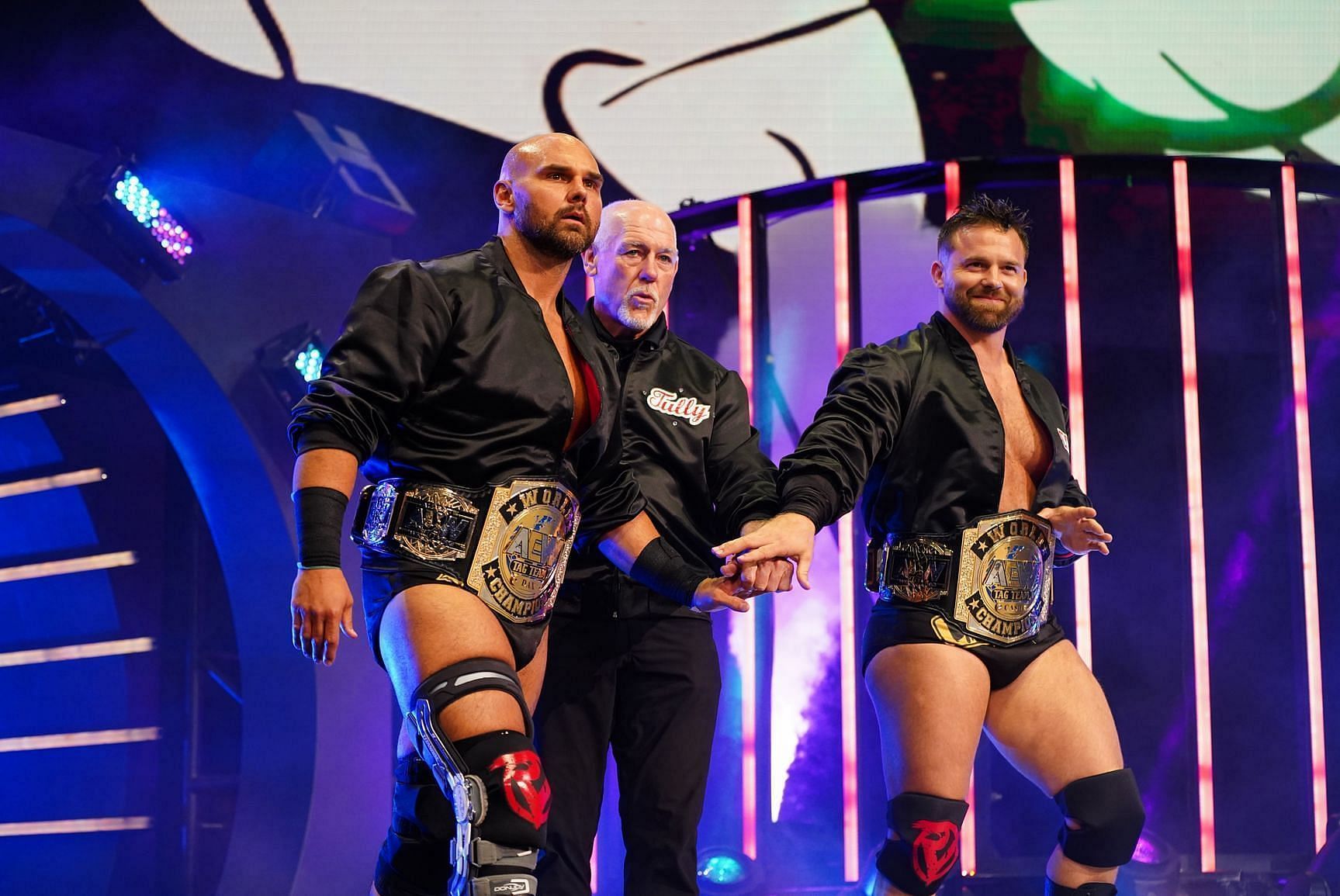 “We’ve ‘stolen,’ yes”- AEW’s FTR reflect on how they learned from past tag teams

Former AEW Tag Team champions FTR have admitted that they have ‘stolen’ some moves from old tag teams but have not ripped off entire move-sets.

FTR is widely regarded as one of the best tag teams in the world for a number of reasons. Their tag team psychology is on point, and both Dax Harwood and Cash Wheeler are excellent technical wrestlers who can mix it up with a variety of opposing styles.

FTR vs The Briscoes is 100% happening in AEW. It’s just a matter of when

While talking on the Casual Conversations with The Classic podcast, FTR spoke about how they have drawn inspiration from some classic tag teams.

“We’ve ‘stolen,’ yes, but we haven’t stolen a tag team’s down-to-the-wire moves or move-sets or something like that. At one time there was a way different concept of tag team wrestling and the fans have been conditioned to what tag team wrestling is today. But the beauty of tag team wrestling is the nuances, the small things, how you have to work four guys into the match and work them in there in a legal way and you have to do it flawlessly and seamlessly. That slide thing you talked about, we stole that from Adrian Adonis and Dick Murdoch, they’d do the exact same thing and have the hold, maybe they’d roll him off, tag, and then slide in front to cut them off and that’s one of those little nuances.”

Y’all are about to witness a free psychology lesson in tag team wrestling. Check it out in 10 minutes.
#AEWDynamite
#FTR
#TopGuys
#GTTOAT
#ClassIsInSession 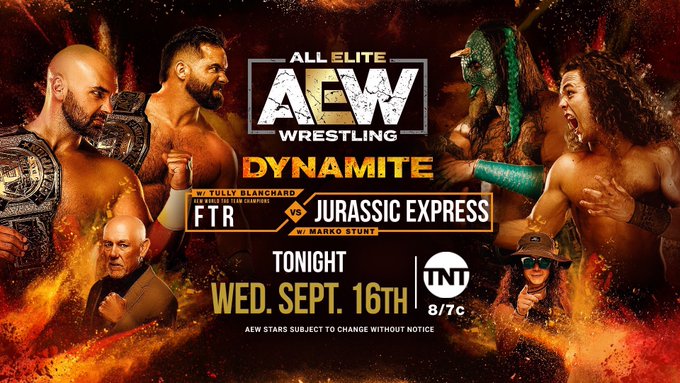 Y’all are about to witness a free psychology lesson in tag team wrestling. Check it out in 10 minutes.
#AEWDynamite
#FTR
#TopGuys
#GTTOAT
#ClassIsInSession https://t.co/5vMP6Zrn6s

AEW probably has one of the best tag team divisions in the world so it’s no surprise that the FTR are right at home in Tony Khan’s promotion. During the same interview, the AAA Tag Team Champions discussed what made tag team wrestling different from singles competition. They said:

“I think one of the best matches to see those nuances is the Brain Busters vs. Hart Foundation because you have four guys who are completely qualified in the ring but they’re not just doing moves, they’re integrating tag team stuff, we’re integrating our best friends and we’re coming in and working together to make this our moment. It’s not about hitting a move and kicking out and going ‘oh my God!’, it’s not about four guys in the ring for two minutes, you know what I mean? I hate to harp on that, but that’s what makes tag team wrestling different from singles wrestling.”

Fans were tired of WWE‘s use of The Revival and the duo requested their release from the company. Upon making their debut for Tony Khan’s promotion, Harwood and Wheeler quickly climbed up the ranks and won the AEW Tag Team Championships.

Although they lost the titles to The Young Bucks at Full Gear 2020, they won the first-ever Blood and Guts match in AEW when the Pinnacle defeated the Inner Circle.

The FTR had another title shot at AEW Rampage but the match had to be called off as Rey Fenix withdrew due to injury.