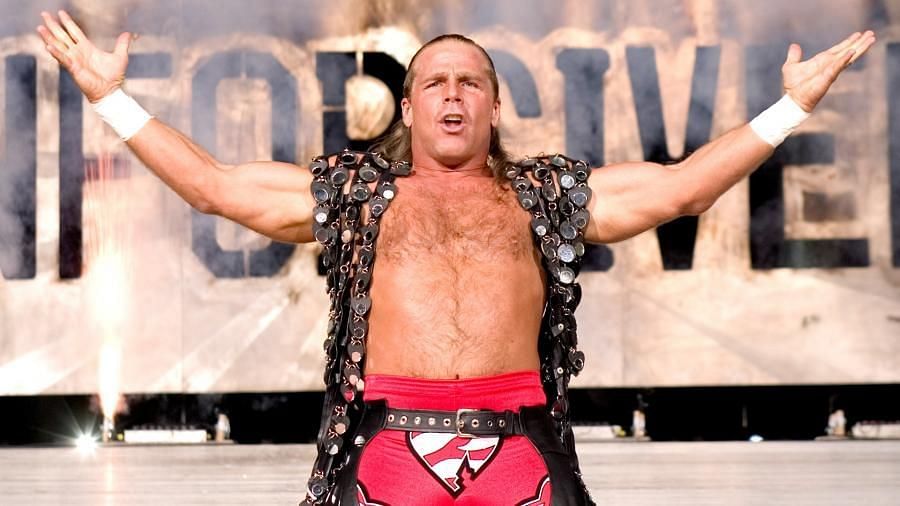 WWE Hall of Famer Kurt Angle revealed that his match with Shawn Michaels at WrestleMania 21 was the first time the two ever stepped inside the ring across from each other.

Kurt Angle and Shawn Michaels produced one of the greatest matches of all time at Wrestlemania 21. Although the gold medalist was able to secure victory via Angle Lock, Shawn Michaels was given a standing ovation from the audience.

Speaking to Chris Jericho on his Talk is Jericho podcast, the Olympic hero revealed that the two did not rehearse for the match, and he was surprised by the chemistry developed inside few minutes:

“The first time I wrestled him was WrestleMania 21. And we — the match was so incredible. This is how good Shawn is. We did not lock horns, we didn’t work on anything all week long. All Shawn wanted to do was bulls**t while we were putting our match together. Don’t get me wrong, we put the match together. But we didn’t get in the ring and do any work.”

“I never really touched Shawn before WrestleMania 21, and to have that type of chemistry that quickly. At that moment, for 30 minutes, it was like ‘Oh my gosh, I’m wrestling a guy that’s really special.’ Like, ‘This might be the greatest wrestler of all time,” (H/T- 411mania)

This is the 6th highest rated match in Main Roster WWE history via Grappl app with a 4.76 rating. It’s 9th highest on Cagematch with a 9.44. 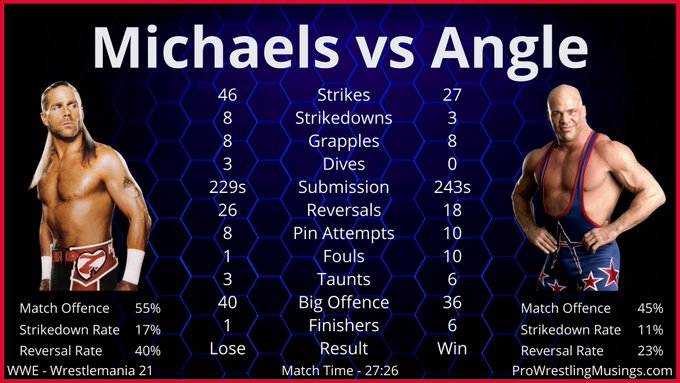 This is the 6th highest rated match in Main Roster WWE history via Grappl app with a 4.76 rating. It’s 9th highest on Cagematch with a 9.44. https://t.co/ooElh95Dlc

Shawn Michaels suggested the finish of the match at WrestleMania 21

Usually, in WWE, it’s Vince McMahon or the creative team that comes up with finishes. But according to Kurt Angle, it was up to the two superstars involved to come up with a finish for their match at WrestleMania.

Earlier this month, Kurt Angle revealed on his podcast that it was Mr. Wrestlemania’s idea to have the Olympian go over:

“Shawn came to me and said, ‘We don’t have a finish for WrestleMania, but I think you should go over by tap out and this is why. I think you’re gonna do a program with Batista, and we need to make you look really strong.'”

Although the feud with Batista never took place, Angle was floored by The Heartbreak kid’s generosity.