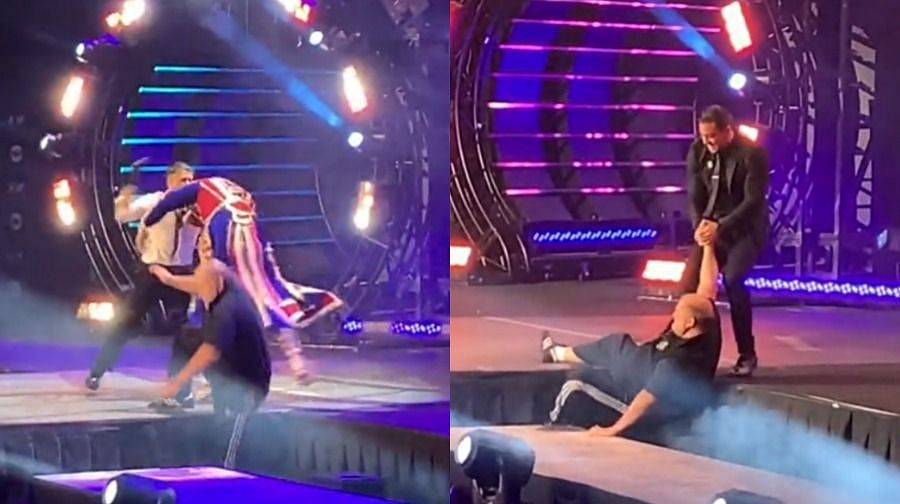 During the AEW Dynamite main event between Cody Rhodes and Andrade El Idolo, Arn Anderson was involved in a scary fall off the entrance ramp.

Cody Rhodes made his entrance, flanked by the Enforcer. Eager to get his hands on Cody, Andrade rushed out of the ring and attacked him on the ramp. Jose The Assistant tried to attack Arn Anderson but the former Horseman fell off the side of the ramp. The bump was unplanned and looked scary, but luckily Arn escaped unscathed as he and Jose proceeded to brawl on the ramp and into the player tunnel.

Can we just take a moment to appreciate he fact that Arn Anderson was able to recover his wits so quickly that he actually made an offensive comeback? twitter.com/bonnerfide/sta…

Can we just take a moment to appreciate he fact that Arn Anderson was able to recover his wits so quickly that he actually made an offensive comeback? twitter.com/bonnerfide/sta…

Cody Rhodes and Andrade then had a violent Atlanta Street Fight in their second singles match on All Elite Wrestling programming. The former NXT champion was in control for large parts of the match. At one point, he lashed Cody with his own belt.

The American Nightmare fought back as he introduced a sledgehammer. Jose tried to attack Cody but he hit the former with a golden shovel, probably a shot at Triple H.

The finish came when Cody and Andrade were perched on the top rope with a table laid out in front of them. Brandi Rhodes appeared and lit the table on fire. Cody put Andrade through the table to pick up the win as AEW went off air.

This is not the first time Arn Anderson has experienced a slip. At Grand Slam in the Arthur Ashe Stadium, while Cody Rhodes and Malakai Black were battling, the WWE Hall of Famer slipped off the ring apron.

This spot was not planned either and Cody actually went to check on Arn. The latter asked the former TNT champion to get back in the ring and focus on his match. Malakai Black went on to pick up the win with the assistance of black mist to become the only star in Tony Khan’s company to pin Cody Rhodes twice.