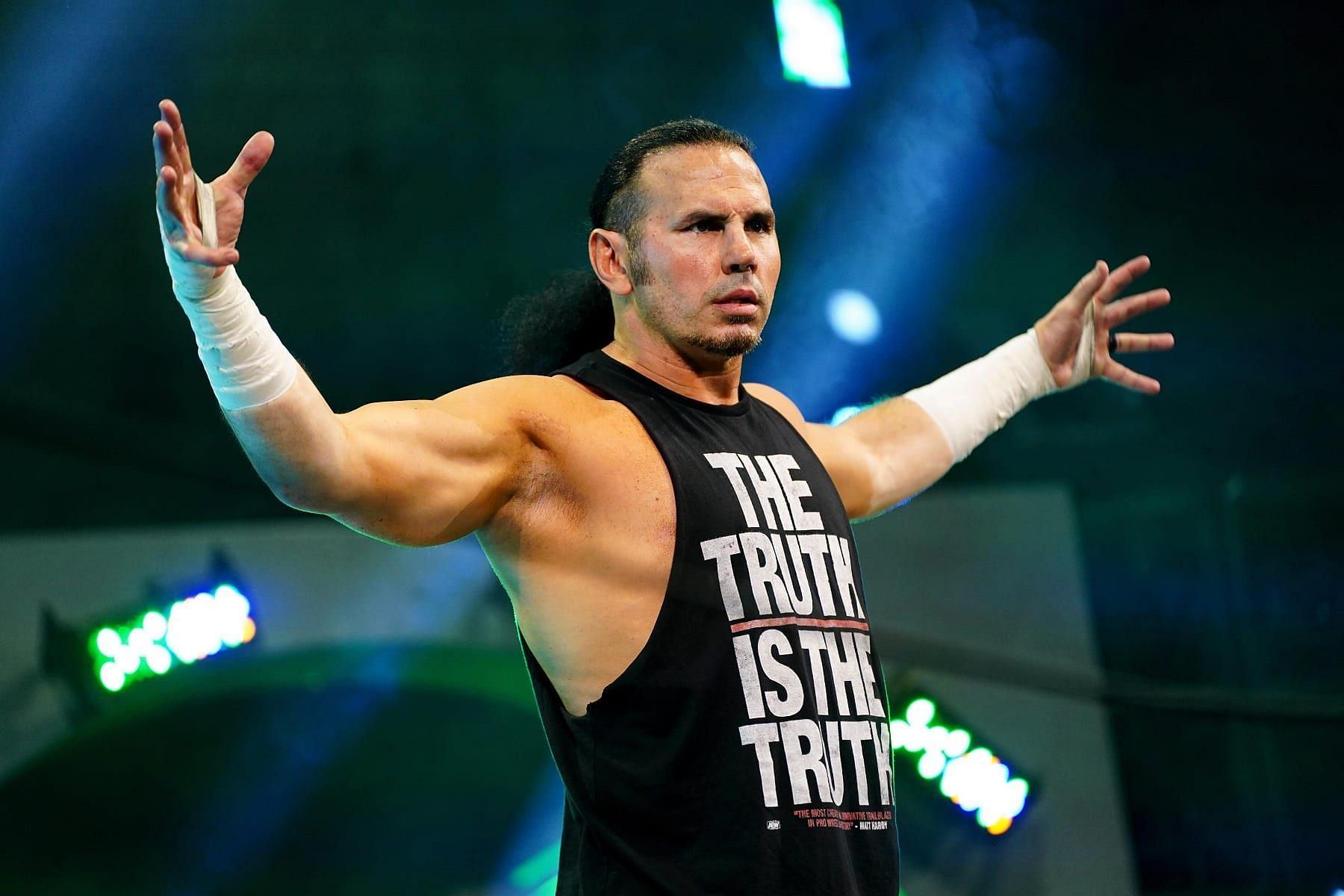 “I was approached by a REMARKABLE MFer from my past.”

Whilst getting ready for my battle with the DESPICABLE #nZo at @WrestleCade, I was approached by a REMARKABLE MFer from my past. @real1 @TheShannonBrand https://t.co/1y6VrxJDD5

In the video, Matt Hardy was seen in his “Broken” character. Shannon Moore offered him a cup of coffee and introduced himself as an “MFer”. Hardy was offended by the “MFer” statement. He didn’t seem to recognize Shannon Moore in this incarnation. He recognized Moore after being reminded of his Version 1 days.

Hardy was facing nZo at the event. He asked Moore to have his back during the match, to which Moore agreed. Hardy finally took a sip from the coffee and immediately spit it out. Later that night, Matt was victorious against nZo.

Shannon Moore appeared in WWE as Matt Hardy’s follower. Matt was playing the lifestyle guru Version 1.0. He was preaching the “Mattitude” philosophy. His followers were known as Mattitude Followers or Mfer for short. Shannon Moore was his onscreen MFer at the time. He started dressing up like Hardy and interfered in matches on his behalf. The duo also unsuccessfully challenged Los Guerreros for the WWE Tag Team Championship once.

Shannon Moore and Matt Hardy are longtime friends. Moore was trained by the Hardy brothers. He frequently appeared for OMEGA, an independent wrestling company operated by the Hardy Boyz. He also held the light-heavyweight belt for promotion on two different occasions.

Do you remember Matt Hardy’s partnership with Shannon Moore in WWE? Share your thoughts in the comments below.