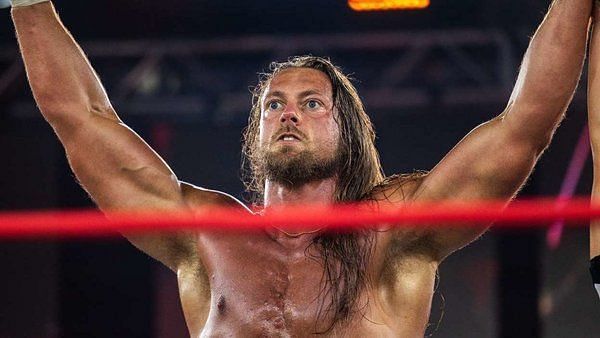 W. Morrissey in negotiations With IMPACT for New Contract: Reports

According to Fightful’s Sean Ross Sapp, Morrissey is currently in a “renegotiation period” with IMPACT Wrestling after reports surfaced that he’s looking for a “big money deal”.

Morrissey made his successful debut for IMPACT in April this year at the Rebellion pay-per-view.

W. Morrissey is reportedly in talks over a ‘big money deal’ with IMPACT Wrestling cultaholic.com/posts/w-morris…

According to sources close to IMPACT, Morrissey feels he has proven himself in every aspect of his character, in-ring ability, and behavior outside the ring. He feels he deserves a bigger contract than the short-term one he signed earlier this year.

During his time with IMPACT, he picked up impressive wins over Willie Mack, Rich Swann, and Eddie Edwards, having lost only twice in singles competition.

In the Fightful Select report, Morrissey expressed happiness with his time in IMPACT, which is a pleasant surprise as he’s had an up-and-down time finding his footing since being released by WWE in 2018.

Known as Big Cass in WWE, Morrissey reached the height of his popularity while teaming with former Cruiserweight Champion Enzo Amore. Not long after the duo’s main roster debut, Morrissey had a singles run that didn’t pan out as planned.

During an interview with Cultaholic Wrestling, Morrissey said if Braun Strowman came to IMPACT Wrestling, he’d want to face him. The two have never squared off inside the ring before, despite spending time together in WWE.

“I would [love to]. I’ve never gotten to wrestle him one-on-one. The only time I believe I was in matches with him was in The Greatest Royal Rumble in Saudi Arabia, and then a ten-man tag-team match on RAW in 2016. I think it was the week before Battleground or something. I’ve always wanted to wrestle him one-on-one and if he came into IMPACT, I would love to mix it up with him.” (H/T- Cultaholic Wrestling)

There were rumors of Strowman signing with IMPACT before Bound for Glory, but, according to reports, a deal wasn’t reached between the two parties.

What do you think Morrissey should do in IMPACT? Do you think he will ever wrestle for WWE again? Let us know your thoughts in the comment section below!