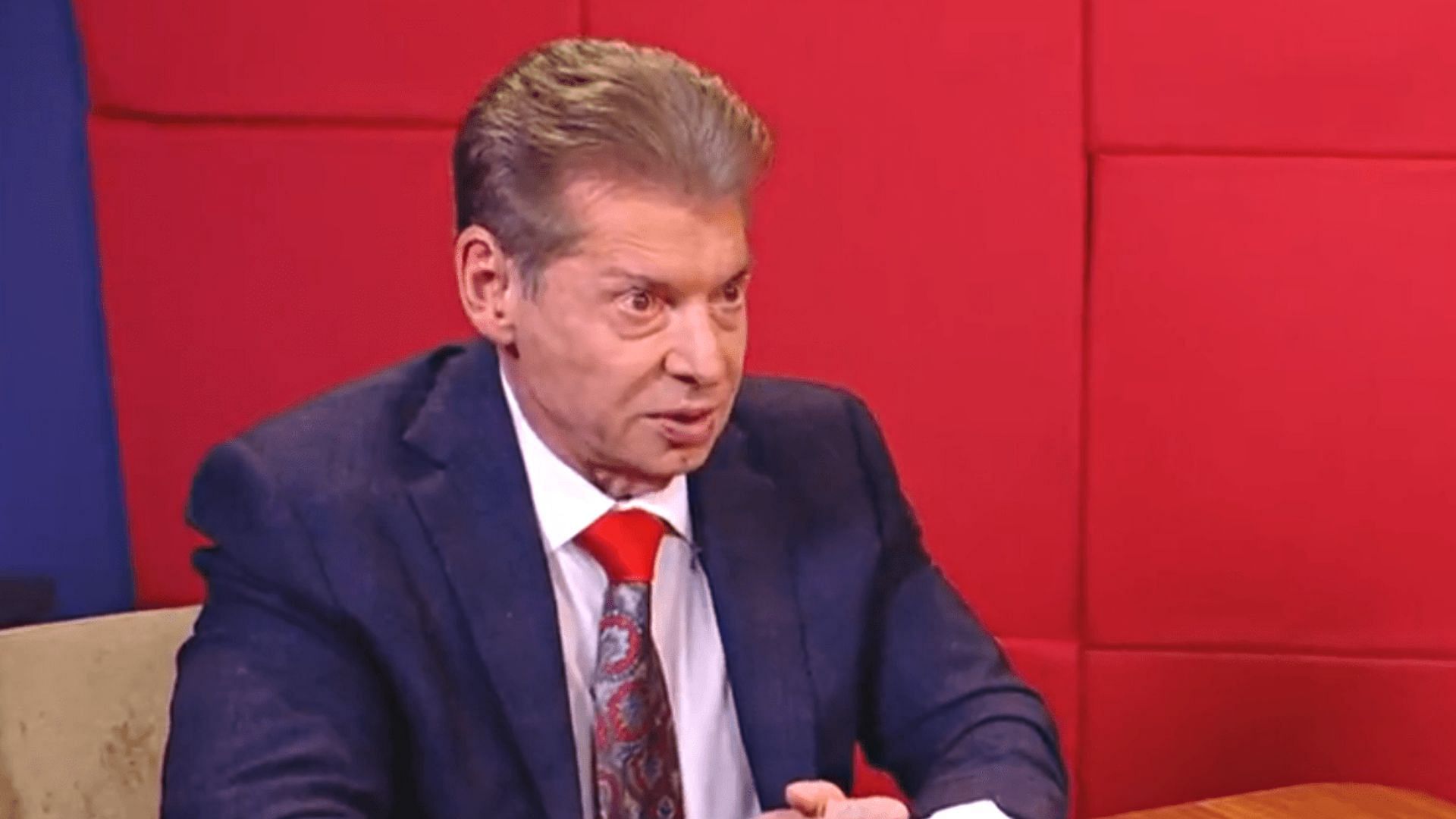 Vince McMahon’s “Kiss My A**” club featured some iconic WWE personalities, and Jim Ross’ segment is inarguably one of the most controversial of the lot.

Kurt Angle was one of the heels that was part of the infamous segment and the Olympic hero recently revealed that he was not a fan of the booking.

Angle reacted to the segment on his podcast and admitted that Vince McMahon tended to do “immature sh**” for comedic purposes. The WWE Hall of Famer said McMahon loved the segments, and WWE talent had no option but to agree to the boss’ demands.

“It is. I could never get used to it. You know, Vince was like a big kid. He always wanted to do immature sh**, and this is one of them. You know, Vince loved the ‘Kiss my A**’ club. He did it all too frequently, probably way too much at this particular time. There was a lot of a** kissing at this particular time. Vince absolutely loved it. He was one funny guy,” Kurt Angle revealed.

Vince McMahon welcomes back Kurt Angle to #WWE after 11 Years.

Kurt Angle even told Vince McMahon about his reluctance to get involved in the segment, but he was eventually left with no alternative but to adhere to the plans.

The former WWE Champion explained that partaking in uneasy storylines was a drawback of being a pro wrestling performer.

“The whole time, I don’t want to do this. I have way too much respect for JR; he doesn’t deserve this. This is crap. I really did. I didn’t feel comfortable at all doing it. I was divided about it, and I did let Vince McMahon know that. You know, Vince McMahon wanted to do this. This is what you have to do when you are a wrestler; you have to listen to your boss,” Kurt Angle added.

“I just think that was probably the nicest thing he ever said to me.”

The legendary @JRsBBQ 🤠 shared a great Vince McMahon story with @Kevkellam as part of this interview with Sportskeeda Wrestling. ➡️ youtu.be/x5k4VTBhvuU

“I just think that was probably the nicest thing he ever said to me.”

The legendary @JRsBBQ 🤠 shared a great Vince McMahon story with @Kevkellam as part of this interview with Sportskeeda Wrestling. ➡️ youtu.be/x5k4VTBhvuU https://t.co/f3Q17fadv4

Did you check out what Jim Ross recently had to say about the forgettable “Kiss My A**” segment? The former WWE announcer shared his regret over his attitude towards the angle, and you can read more about it here.