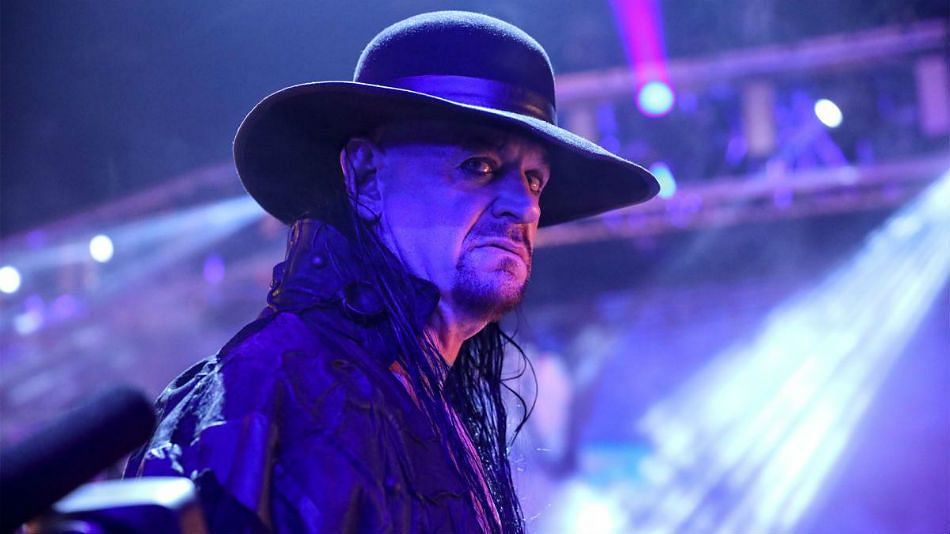 The Undertaker recently revealed that he had to put the ‘Deadman’ character away as it had run its course. He also admitted to feeling “boxed in” by the gimmick.

The Undertaker officially retired from WWE at Survivor Series 2020 – 30 years after his debut anniversary. While he didn’t wrestle at the event, it marked the end of his storied career. His last match was a cinematic bout against AJ Styles at WrestleMania 36.

The Undertaker used the ‘Deadman’ character in WWE for 27 years of his career, with only the early 2000s seeing him transition into the ‘American Badass’ and ‘Big Evil’.

On WWE’s The Bump, The Undertaker spoke about his retirement match against AJ Styles in 2020 and why there was a mix of his ‘American Badass’ and ‘Deadman’ characters, while also revealing why he felt the need to put the latter away for good (H/T Wrestlingnews.co):

“It’s different, It’s fun, that Undertaker character, obviously it’s served me really well but it’s also time to put that away and be able to still use the 30 years that I’ve been on WWE TV and still do things like that.”

While he admitted that The Deadman character was great, he revealed that he felt boxed in and limited with what he could and couldn’t do:

“It was fun to get out there and….as great as the character was and everything that we got to do, you’re kind of boxed into what I could and couldn’t do, right? So, now that it’s off, this is what’s left.”

The Undertaker’s decision to bring back The American Badass character turned out to be a big hit. While fans loved and respected him, there wasn’t anything new that he had done in over a decade, and the cinematic match against AJ Styles was truly a breath of fresh air.

Did The Undertaker’s “Deadman” character overstay its welcome?

The Undertaker’s legacy will be preserved now that he went out on a more positive note. The 2014 WrestleMania match against Brock Lesnar and the 2017 WrestleMania main event against Roman Reigns left a bitter taste in the mouths of fans.

The biggest criticism that fans had of The Undertaker was that he appeared to be well past his prime physically, and his matches turned out to be painful to watch on certain occasions.