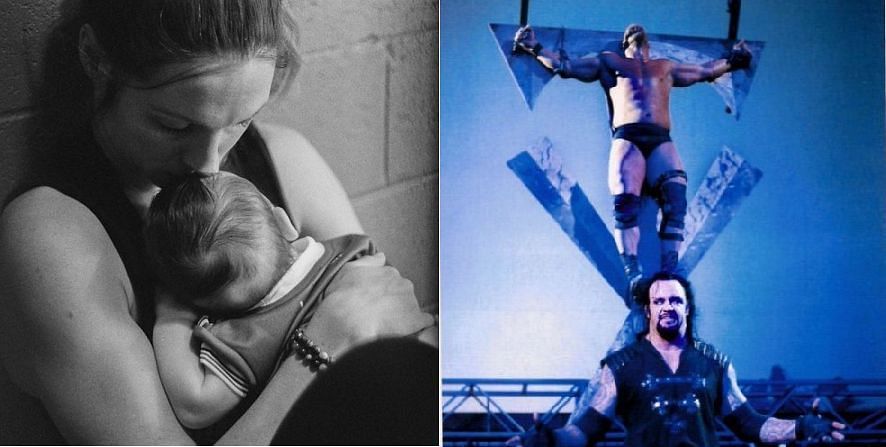 This week’s wrestling news has been dominated by the fact that WWE‘s NXT brand will be taking center stage tonight to host their annual War Games event.

War Games will be the final pay-per-view of the year for WWE since the company canceled their annual TLC event in favor of the inaugural Day One event which takes place on January 1st.

December has always been a bleak month for WWE fans as the company concentrates on the Royal Rumble which kickstarts the Road to WrestleMania, but this week in wrestling history does make for interesting reading.

The following list looks at just five of the biggest news stories from this week in WWE history: 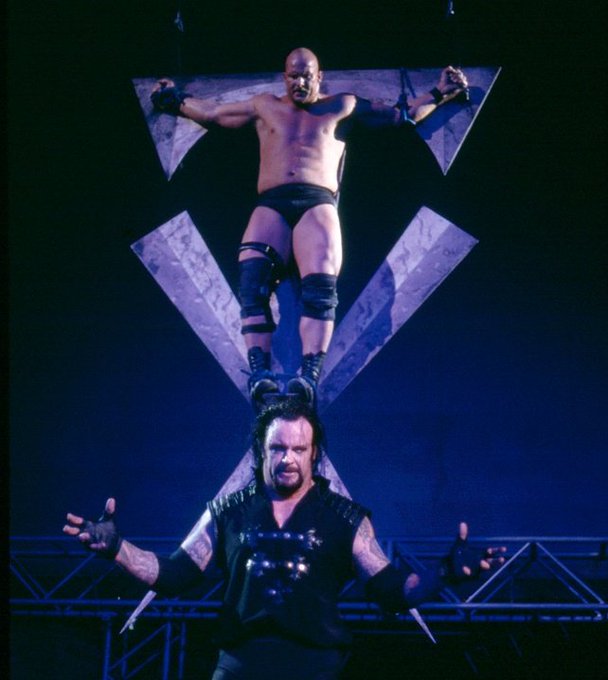 Whilst the episode of Monday Night RAW that this segment is associated with didn’t actually air until December 7th, the live episode of the show took place on December 1st.

The show saw Mankind and Stone Cold Steve Austin defeat the team of The Undertaker and The Rock via disqualification. The result of the match and the match itself have been completely overlooked over the past two decades since it was the events following the match that made all the headlines.

Mankind was handcuffed to the ring ropes and forced to watch as Steve Austin was then handcuffed to The Undertaker’s logo and lifted above the entrance ramp. It was a scene that has since been heavily criticized. It came at a time when WWE was able to get away with pushing the envelope much further than they do today.

This Day In Pro Wrestling

On This Day In Pro Wrestling History, The Undertaker Crucified Steve Austin. 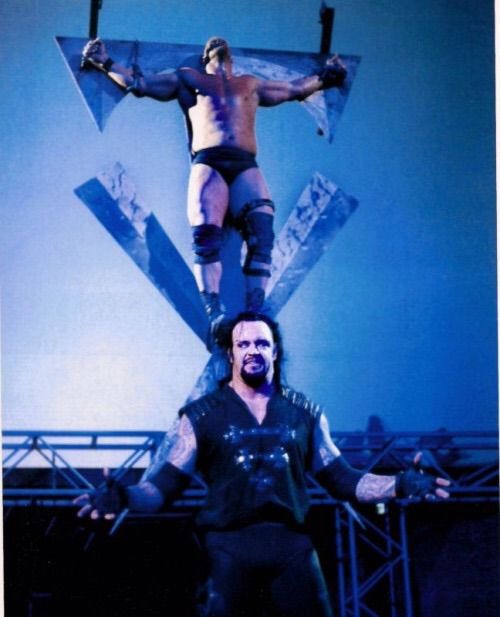 On This Day In Pro Wrestling History, The Undertaker Crucified Steve Austin. https://t.co/sErmddW2D3

It appeared as though Austin had been crucified by The Deadman and WWE faced heavy backlash for allowing this to be part of the show. The segment became a huge part of the feud between Undertaker and Austin moving forward.

Although The Undertaker did go on to lose the Buried Alive match to Austin at Rock Bottom after Kane interfered.

MVP is currently part of WWE’s main roster as Bobby Lashley’s manager. The former United States Champion made his return to the company as part of the 2020 Royal Rumble match.

It’s hard to believe that MVP had been away from the company for a decade before making his return, since the star himself requested his release in December 2010.

His release was granted and his final match aired the following night on SmackDown, where he teamed with Kaval against Drew McIntyre and Dolph Ziggler. After their defeat, Kaval and MVP were attacked by Kane.

WWE.com NEWS: MVP released – World Wrestling Entertainment has come to terms on the release of WWE Superstar MVP as … http://ow.ly/1ah9oT

The former champion went on to work for NJPW and then IMPACT Wrestling He returned to Vince McMahon’s company in 2020.

Ahead of his return, MVP did make a cameo for the company in 2018 when he was part of the 25th Anniversary of RAW. The star was featured in a backstage segment which was his first appearance in more than eight years. 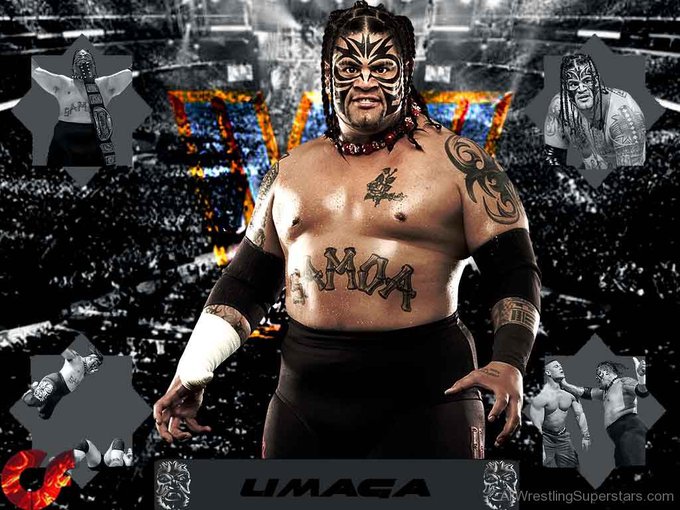 The Samoan Bulldozer, Umaga, made quite an impact in WWE in such a short time. As a well-known member of the famous Anoa’i family, Umaga was able to have a short run in WWE as part of 3-minute Warning alongside Rosey.

The former champion later returned to WWE in 2006 under the new name of Umaga and was depicted as a destructive savage led by his manager Armando Alejandro Estrada.

Umaga’s character was able to dominate the RAW brand for more than three years. He was released from the company in June 2009 after it was revealed that the star had violated WWE’s Wellness Policy.

This Day in Pro Wrestling History: 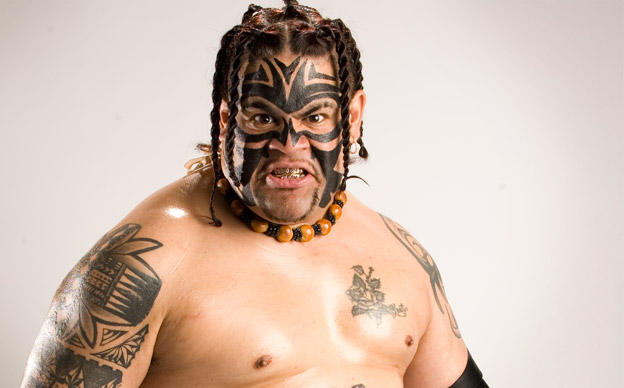 This Day in Pro Wrestling History:

Umaga sadly passed away later that year on December 4th, and the cause of death was revealed to have been a heart attack. The star was taken to hospital with a suspected heart issue and placed on life support before he suffered a second heart attack later in the day. The former WWE Superstar was just 36 years old.

Becky Lynch announced she was expecting her first child with fellow WWE Superstar Seth Rollins in May 2020, before heading off on maternity leave. The Man was at the top of her game when she made the announcement and then took more than a year away from the company.

Lynch announced that she had welcomed her daughter in December 2020, whilst her partner Rollins was on paternity leave from WWE alongside her.

The couple made the announcement on December 7th on Lynch’s Instagram page, but the current RAW Women’s Champion wished her daughter a happy birthday on December 4th this year.

Lynch remained on leave from WWE until SummerSlam 2021, when she made her return. She then defeated Bianca Belair in just 26 seconds to become RAW Women’s Champion.

Lynch celebrated 500 active days of being Women’s Champion earlier this month. Shen even defeated Charlotte Flair at Survivor Series in a deeply personal battle. The Man defends her title against Liv Morgan this Monday night. 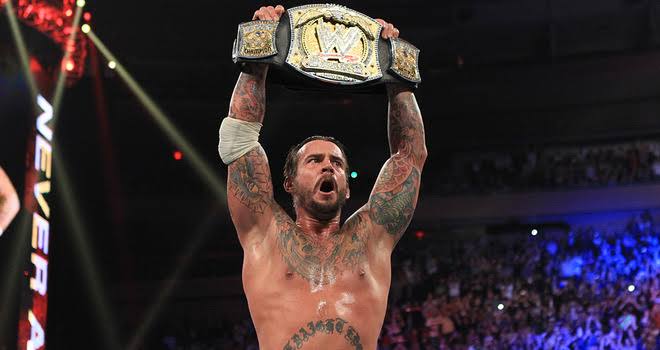 CM Punk is currently employed by AEW, but the self-proclaimed Best In The World left quite a legacy in WWE. CM Punk’s record championship reign ran from November 20th, 2011 through to Royal Rumble 2013. The star held the title for 434 days.

Punk had to surpass several lengthy title reigns en route to his record, which included John Cena. The former champion held the title for 381 days in late 2006 and this was a record that Punk was able to overcome on December 5th, 2012.

The former Champion officially became the longest-reigning Champion of the modern era on this day almost a decade ago.

#10 John Cena wins the Ladder Match for the Contract in Money in the Bank pay-per-view, after cashes against CM Punk in Monday Night RAW – Jul. 23, 2012 for the WWE Championship #MITB #WWEMITB #WWE #MoneyInTheBank 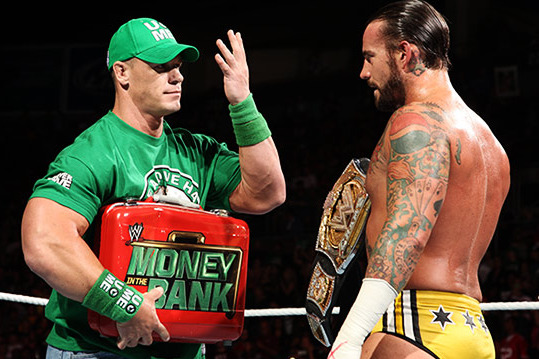 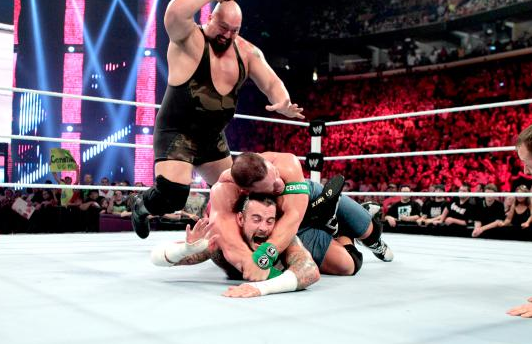 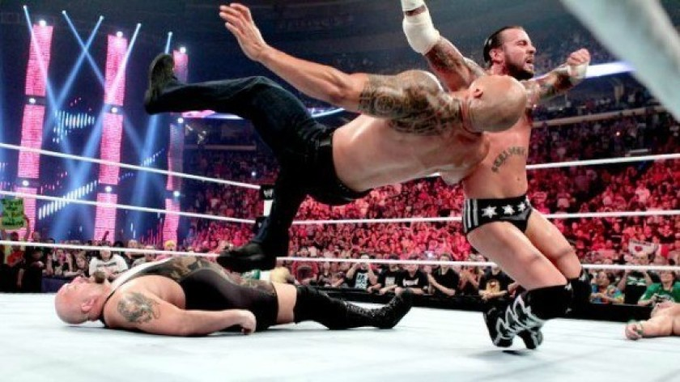 #10 John Cena wins the Ladder Match for the Contract in Money in the Bank pay-per-view, after cashes against CM Punk in Monday Night RAW – Jul. 23, 2012 for the WWE Championship #MITB #WWEMITB #WWE #MoneyInTheBank https://t.co/TjJqsZO0Kq

Roman Reigns has since been able to break this record with his current reign, which currently stands at 461 days. Of course, Punk’s was with the WWE Championship and Reigns currently holds the Universal Championship, so it’s unclear as to whether or not the company sees this in the same bracket.