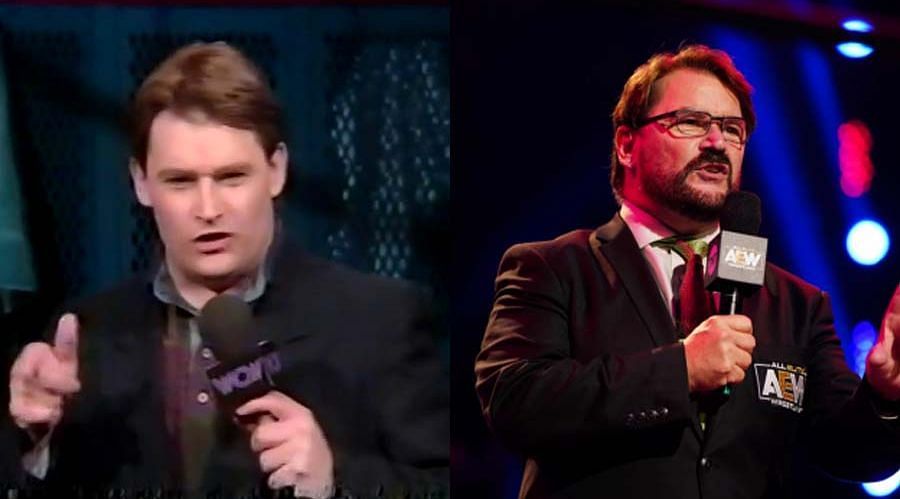 To see and hear Tony Schiavone doing commentary for AEW today has to make old school fans of WCW smile.

After all, he was the voice of that promotion, going all the way back to its roots as Jim Crockett Promotions. For many people who grew up down south or those who got cable for the first time in the mid-80’s, Schiavone was one of the most important voices in wrestling.

During the Monday Night Wars era, Schiavone was part of some huge calls… And some incredibly silly ones too

However, things got chaotic in WCW, and Schiavone became both bitter and burned out. He’s mentioned this in several interviews, that the utter confusion backstage kept everyone on edge.

It was around this time that he delivered a line he was told to say, “That’ll put butts in the seats,” in regards to spoiling Mick Foley’s WWE title win on RAW. It was a low moment for the veteran announcer as the line backfired. Thousands of people changed the channel to share that moment with The Hardcore Legend.

After WCW was purchased in 2001, Schiavone basically disappeared from the wrestling radar. He wanted it that way. He made a few appearances — including some in TNA — but for the most part stayed away from the industry.

Instead, he moved over to the sports world, working as a broadcaster for both the University of Georgia and the Atlanta Braves system. He was content with his career and thought he had put wrestling behind him.

Then in 2017, he began doing the podcast What Happened When? with the Podfather himself, Conrad Thompson. The show was a success, and possibly even a little cathartic for Schiavone. It seemed as if it gave him the to reflect back on his previous time in pro wrestling from a whole new perspective.

When he signed with AEW in 2019, many fans rejoiced at the idea that Tony would be paired back up with former broadcasting partner Jim Ross.

A throwback photo of Tony Schiavone and Jim Ross 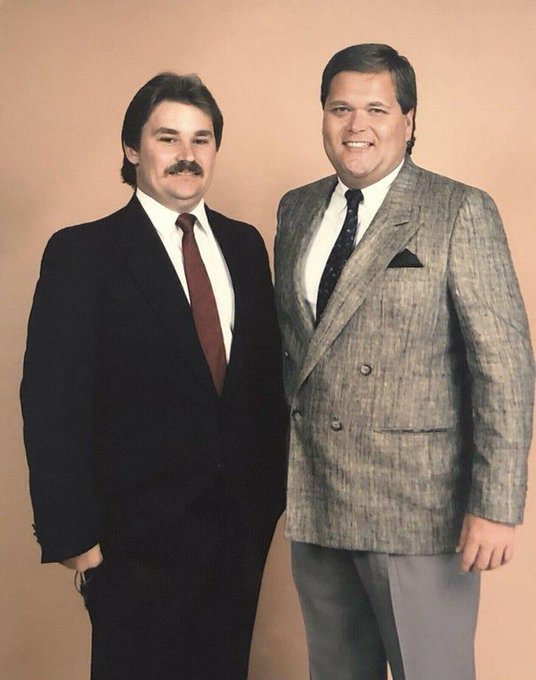 A throwback photo of Tony Schiavone and Jim Ross https://t.co/meW8HIjMjN

So far? The two legends seem to be having a great time being reunited in AEW. In between calling the action, he and Ross chuckle about things from their time together over the years or use important moments from wrestling’s past to add depth to the commentary.

After once being in a dark place in regards to wrestling, Schiavone seems to have found a new light. He looks like he’s having the time of his life, and he’s heavily involved in the programming. He calls the matches and does interviews both in the ring and backstage. And that doesn’t even factor in the hilarious, running angle he is a part of with Dr. Britt Baker, D.M.D.

He has had the opportunity to not only and change his perception in regard to pro wrestling, but also the pro wrestling world’s perception of him. So, his journey is somewhat of a redemption story, as well.

They say sometimes things in life are even better the second time around. It looks like that’s the case for Tony Schiavone.

What do you think about Tony Schiavone’s performance as an announcer for All Elite Wrestling? Share your thoughts in the comments section below.