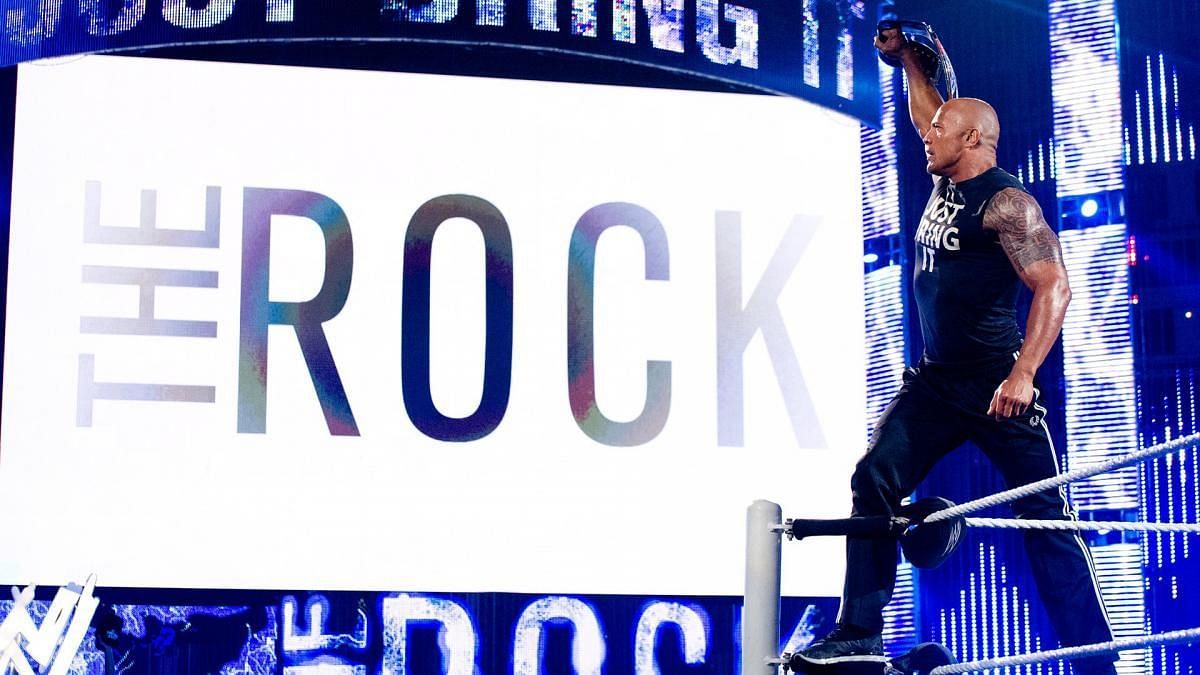 The Rock reacted to a Fite TV tweet about people’s choices for their ‘pro wrestling Mount Rushmore’. He went on to reveal that Hulk Hogan, Stone Cold Steve Austin and Ric Flair had the top 3 spots. The fourth spot was a tie between the Undertaker, Pat Patterson, and Jackie Fargo.

The Great One is never shy about sharing his opinion on Twitter and stated that the Mt. Rushmore question was one of his favorites. Notably, The Rock can’t decide which specific four he wants and put six names on the list. For good measure, he jokingly says that both he and Dusty Rhodes “are the back of Mt Rushmore droppin’ devastating elbows.”

“Always one of my fav pro wrestling questions. Hulk Hogan, Steve Austin, Ric Flair. [The fourth] spot is a three way tie [between] Undertaker, Pat Patterson and Jackie Fargo. Dusty & myself are the back of Mt Rushmore droppin’ devastating elbows baby,” tweeted The Rock.

Always one of my fav pro wrestling questions ⛰⭐️

Dusty & myself are the back of Mt Rushmore droppin’ devastating elbows baby 💪🏾😉
#peopleselbow #bionicelbow twitter.com/fitetv/status/…

Who is on your Mount Rushmore of professional wrestling? https://t.co/ecfCoeZotq

Always one of my fav pro wrestling questions ⛰⭐️

Dusty & myself are the back of Mt Rushmore droppin’ devastating elbows baby 💪🏾😉
#peopleselbow #bionicelbow twitter.com/fitetv/status/…

Some of the names that The Rock listed are GOATs in their own right. The Rock and Hulk Hogan had a couple of memorable matches, while his feud(s) with Steve Austin was one of the best of all time. The Rock famously faced Ric Flair in a tag match at WrestleMania 20 though they did face each other one-on-one on an episode of WWE RAW.

With The Undertaker, The Rock had many matches and was better for it. The Rock has always credited the late Pat Patterson for helping him get his foot in the door at WWE, and of course, he was the first-ever Intercontinental Champion. Interestingly, he was both a one-time WWE Hardcore Champion and 24/7 Champion.

Perhaps the one wrestler that The Rock mentioned that some modern fans might be unfamiliar with is Jackie Fargo. He was a prominent figure in the NWA, winning multiple titles, and is considered a wrestling legend. Indeed, if The Rock is putting him on his Mt. Rushmore, there is merit to it.

How many WWE World Championships did The Rock win?

On this day 22 years ago, @TheRock becomes WWE Champion for the first time. He’s truly the people champion.youtu.be/zNoHkI6yrpw

Most fans remember The Rock winning his first WWE/WWF title at Survivor Series 1998 when he ‘beat’ Mick Foley for the title. Of course, as some may recall, it was unclear if Foley had submitted. The Brahma Bull turned heel on the night by joining The Corporation, and the rest is history.