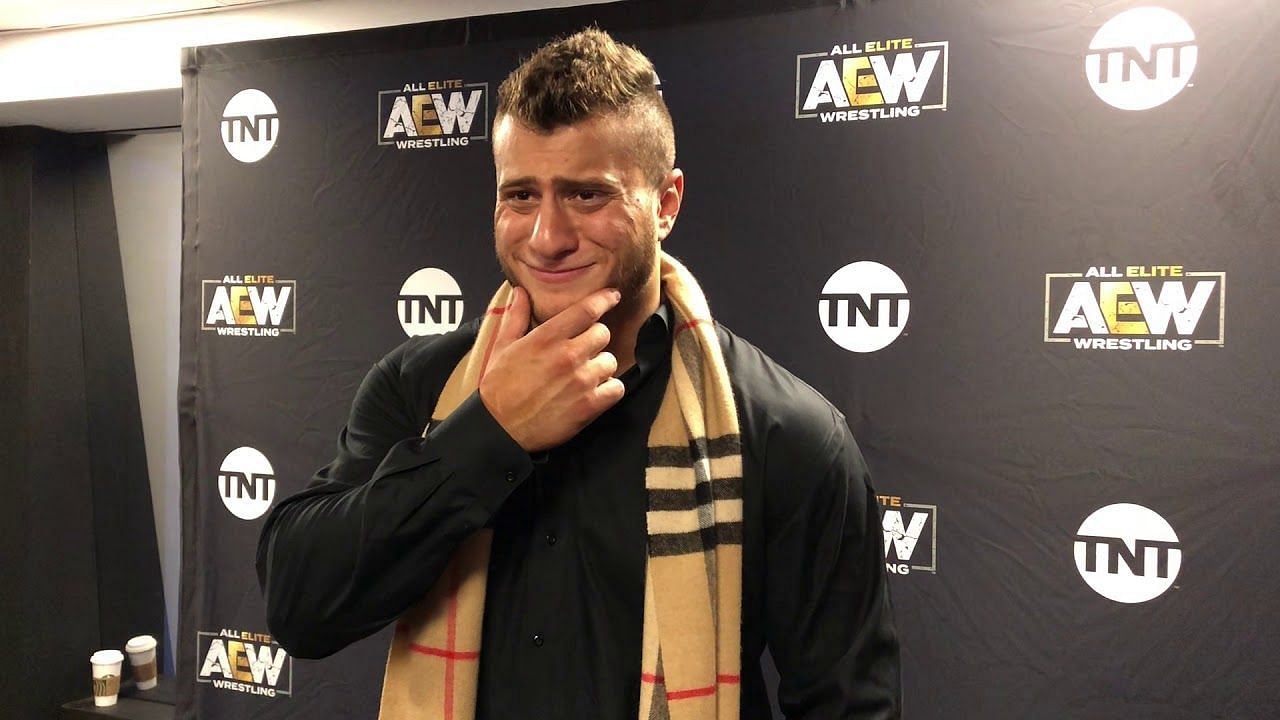 MJF recently shared his thoughts about WWE RAW Superstar The Miz, whom The Pinnacle leader is often compared to, thanks to his gimmick in AEW.

On the November 24th edition of AEW Dynamite, MJF had an iconic promo exchange with CM Punk. The two traded multiple barbs and name-dropped several top WWE Superstars. However, the one mention which drew the loudest reaction from Chicago fans was The Miz’s.

Imagine a promo war between The Miz and MJF.

Better than AWESOME… and you know it.

Imagine a promo war between The Miz and MJF.

Better than AWESOME… and you know it. https://t.co/8diTTZ9iBi

At one point in the now-viral segment, the Straight Edge Superstar termed MJF “a less famous Miz,” which visibly angered ‘The Salt of the Earth.’

Appearing on the Throwing Down with Renee & Meisha podcast, MJF seemingly broke character to praise The Miz, saying the latter is a “tremendous performer.”

He added that the RAW Superstar is also a “solid” in-ring performer. However, MJF then clarified that The Miz might be great, but he’s not at the AEW star’s level.

“The Miz is a tremendous, tremendous performer, but I am a professional wrestler. The guy is gold on the stick. In the ring, very solid too. If I’m being completely fair here, I’m not talking sh*t – it’s just factual. There are no holes in my game. And that is not a jab at Miz. Miz is great. But he’s not me,” said MJF (H/T – Sescoops)

Though The Pinnacle leader rarely breaks kayfabe to praise his colleagues, let alone when he’s embroiled in a feud with them, he recently took an exception.

Appearing on Busted Open Radio, MJF stated that his promo battle with CM Punk from AEW Dynamite was a “special” moment. Furthermore, he said that both he and Punk are two of the greatest talkers of their respective generations.

Though their match hasn’t been confirmed yet, MJF and CM Punk could most likely square off at AEW’s next pay-per-view, Revolution 2022, in February.

Who do you think is a better heel between MJF and The Miz? Sound off in the comments section below.