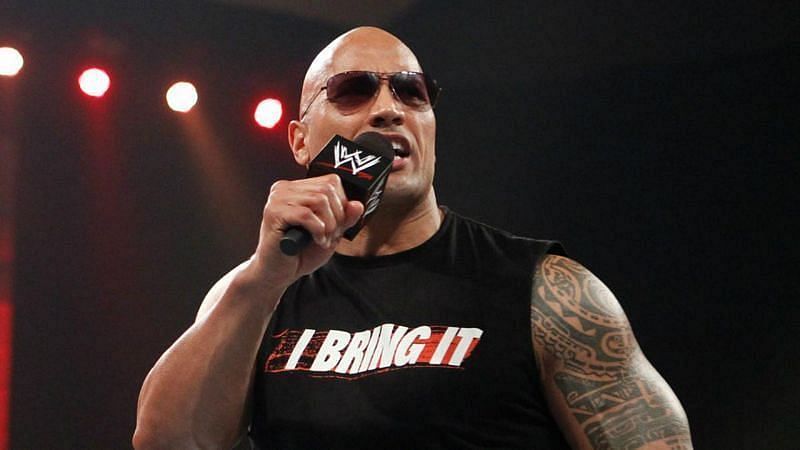 Dwayne “The Rock” Johnson is one of the greatest superstars to ever step foot inside the squared circle. After achieving massive success in WWE, The Great One went on to conquer Hollywood. He has achieved a massive amount during his acting career and has even been the highest-paid actor in the world.

During his time in WWE, he was the top star of the company and led it through its most popular era, The Attitude Era. However, he wasn’t the only top guy in the company during this time period. He shared a fantastic rivalry with a formidable opponent in Stone Cold Steve Austin.

WWE’s Instagram recently shared a throwback video of the WrestleMania XIX match between The Rock and Austin which the former won.

The Brahma Bull commented on the post to share an incredible memory from the match and called The Texas Rattlesnake, “The Greatest of All Time.”

“The first and only time I ever felt a little emo delivering a rock bottom. Which is why I paused before going up w Steve. What it represented. The end of a career that belonged to the GOAT who led the greatest era in pro wrestling. #tyscsa“, The Rock commented.

The Rock and Steve Austin’s rivalry

The Rock and Steve Austin are arguably the two most popular superstars of all time. They were the cornerstones of the Attitude Era, which paved the company’s path to success during the Monday Night Wars.

@FanSided @steveaustinBSR Austin. He influenced my career. He’s the man, plus I just wrestled him for the few beer.

They had some amazing moments that will be etched in history, and the trilogy of matches they had at WrestleMania are some of the best bouts of all-time.

Do you agree with The Rock that Stone Cold Steve Austin is the GOAT? If not, who in your opinion is the GOAT? Let us know your thoughts in the comment section below.