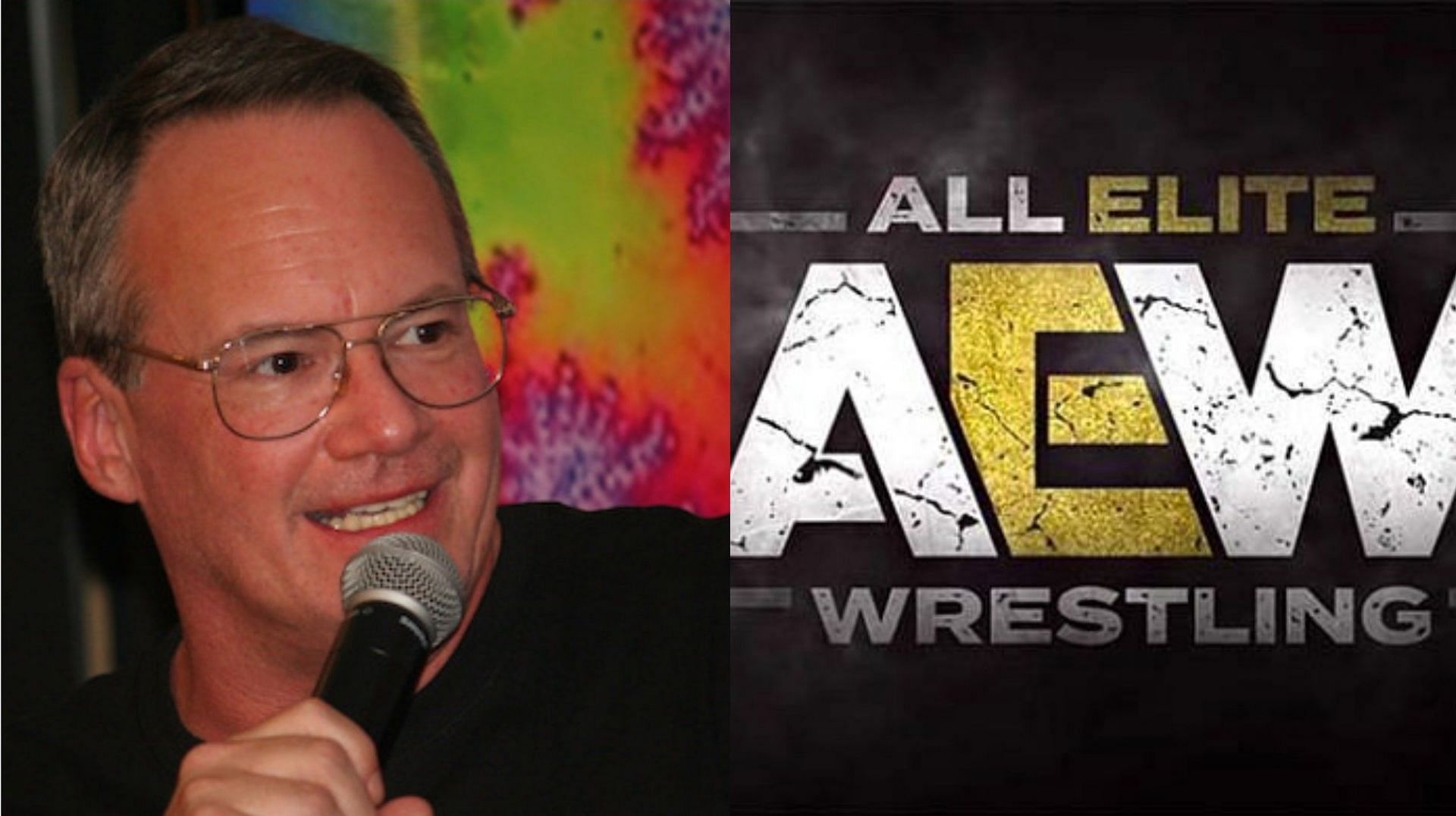 It’s no secret that Baker and Tony are close friends in real life, and the duo is often seen together during backstage and in-ring interviews on the flagship program. Though the company hasn’t pulled the trigger on the storyline revolving around the two, Baker’s real-life boyfriend, Adam Cole, once warned the play-by-play commentator to stay away from his girlfriend.

During last week’s edition of Dynamite, Baker, Rebel and Schiavone featured in a Thanksgiving dinner segment, which didn’t seem to have impressed Jim Cornette.

While speaking on The Experience podcast, the wrestling manager wondered why the AEW commentator had been palling around with a top female heel all the time and making Cole feel jealous. Cornette added that Schiavone’s role should disagree with everything Baker claims, rather than agreeing on them:

“Why is one of the announcers [Tony Schiavone] palling around with and agreeing with and going along with the heels in their foolishness?” Jim Cornette said. “They’re working a whole deal over Schiavone and Britt are friends, and Adam Cole is jealous of Tony Schiavone and what they’ve got is one of their announcers palling around with and giving validity to the ramblings of one of the heels. That doesn’t make sense. The announcer is supposed to disagree with all the obnoxious and egocentric sh*t that the heel says.”

After video evidence showed @riho_gtmv was never eliminated from #AEWAllOut’s #CasinoBattleRoyale, #AEW GM @TonyKhan has signed her to face @RealBrittBaker in a Black Friday Deal match TONIGHT on #AEWRampage @ 10/9c on TNT – if Riho wins, she earns an AEW Women’s World Title shot
11:00 AM · Nov 26, 2021
428
64

Jim Cornette’s statement couldn’t be more agreeable as there is illogic behind the babyface broadcaster’s current role, who often criticizes stars like MJF, but appears to be on the same page as her friend Dr. Britt Baker.

Given that there’s so much on the table, the company can always look to book a storyline by involving Adam Cole down the road.

Dr. Britt Baker will put her AEW Women’s Championship on the line against Riho down the road

Is inaugural #AEW Women’s World Champion @riho_gtmv on her way to regaining the title? Check out the highlights from her Black Friday Deal Match against @RealBrittBaker from last night’s #AEWRampage: youtu.be/R1G-px_KLx4
12:30 PM · Nov 28, 2021
682
72

Is inaugural #AEW Women’s World Champion @riho_gtmv on her way to regaining the title? Check out the highlights from her Black Friday Deal Match against @RealBrittBaker from last night’s #AEWRampage: youtu.be/R1G-px_KLx4 https://t.co/EWicUntRJF

Last week, the company granted Riho a chance at a women’s title shot if she manages to defeat Dr. Britt Baker. The decision was made on the heels of the management’s botch, who announced Riho’s elimination from the battle royale at All Out, knowing that she wasn’t eliminated from over the top rope.

The Japanese star seized the opportunity and defeated Baker during the AEW Rampage episode last Friday. Riho has now earned the right to challenge Dr. Britt Baker for the Women’s Championship, possibly at the upcoming Winter is Coming special event.

(While using quotes from this article, please add a H/T to Sportskeeda Wrestling)