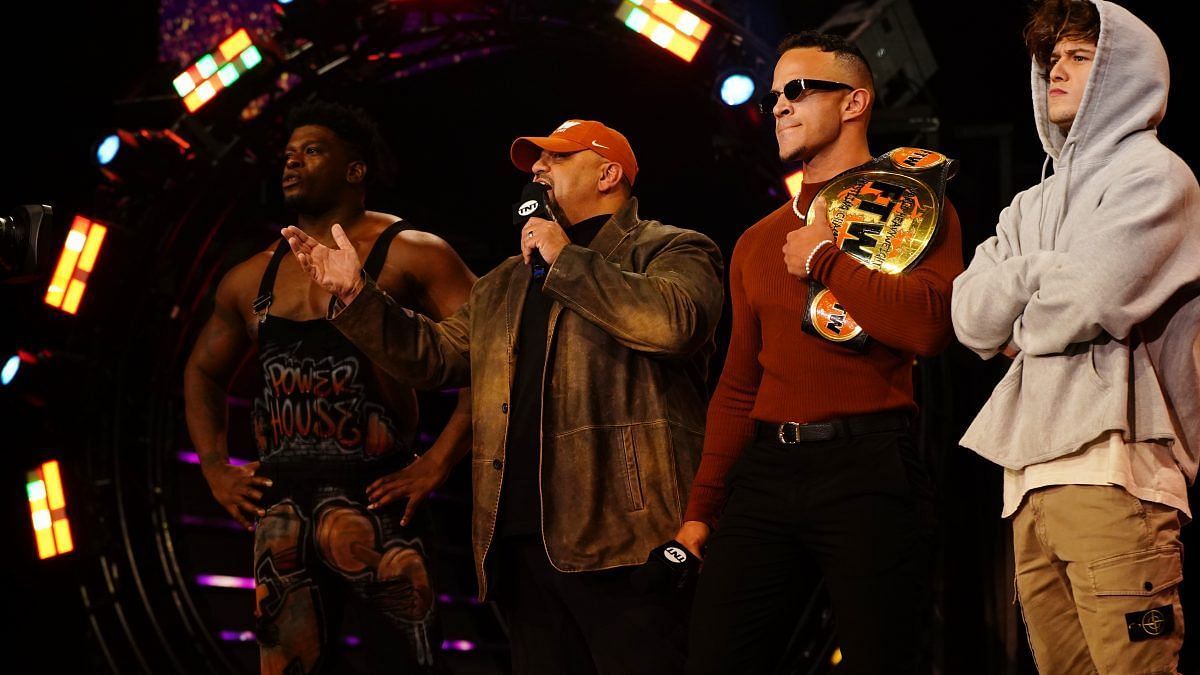 On this week’s AEW Dynamite, Team Taz officially recruited Dante Martin into their stable, weeks after they began pursuing the youngster.

The heel faction consists of veteran commentator Taz, FTW Champion Ricky Starks, Will Hobbs and Hook. AEW powerhouse Brian Cage was also a member of Team Taz until he left a few months back.

The stable made its strongest offer to Dante Martin on last week’s AEW Dynamite, moments after his and Lio Rush’s win over The Acclaimed.

On the latest edition of the Wednesday night show, Team Taz made an official offer and presented it to Dante Martin in a backstage segment.

Despite the apprehensions shown by Lio Rush, the Top Flight member walked away with Team Taz. The duo had only recently joined hands, and their team was quickly becoming a favorite of the fans. It’ll be intriguing to see how this story pans out in the coming weeks.

Another notable aspect is that while Team Taz is a heel stable, Dante Martin is a babyface. This contrasting dynamic could play out whenever the stable and Martin tag alongside each other in AEW.

Before making waves as a singles talent under Lio Rush’s guidance, Dante Martin worked alongside his brother, Darius Martin, as Top Flight. However, the latter suffered an untimely injury in February 2021, which has kept him out of action since then.

Recently, Dante spoke about his brother’s status, saying though there’s no timeframe for his return, Darius is ready to take over AEW’s tag team scene.

“He’s been out since about February now. There’s not really a time gauge on when he’s coming back but he’s super excited to be back. Ready to take over the tag team scene and keep Top Flight strong,” said Dante Martin

Whenever Darius Martin returns to AEW, it would surely put Dante in a precarious position as he would have to choose between his brother and his new faction, Team Taz.

Are you happy with Dante Martin’s addition to Team Taz in AEW? Sound off in the comments section below.