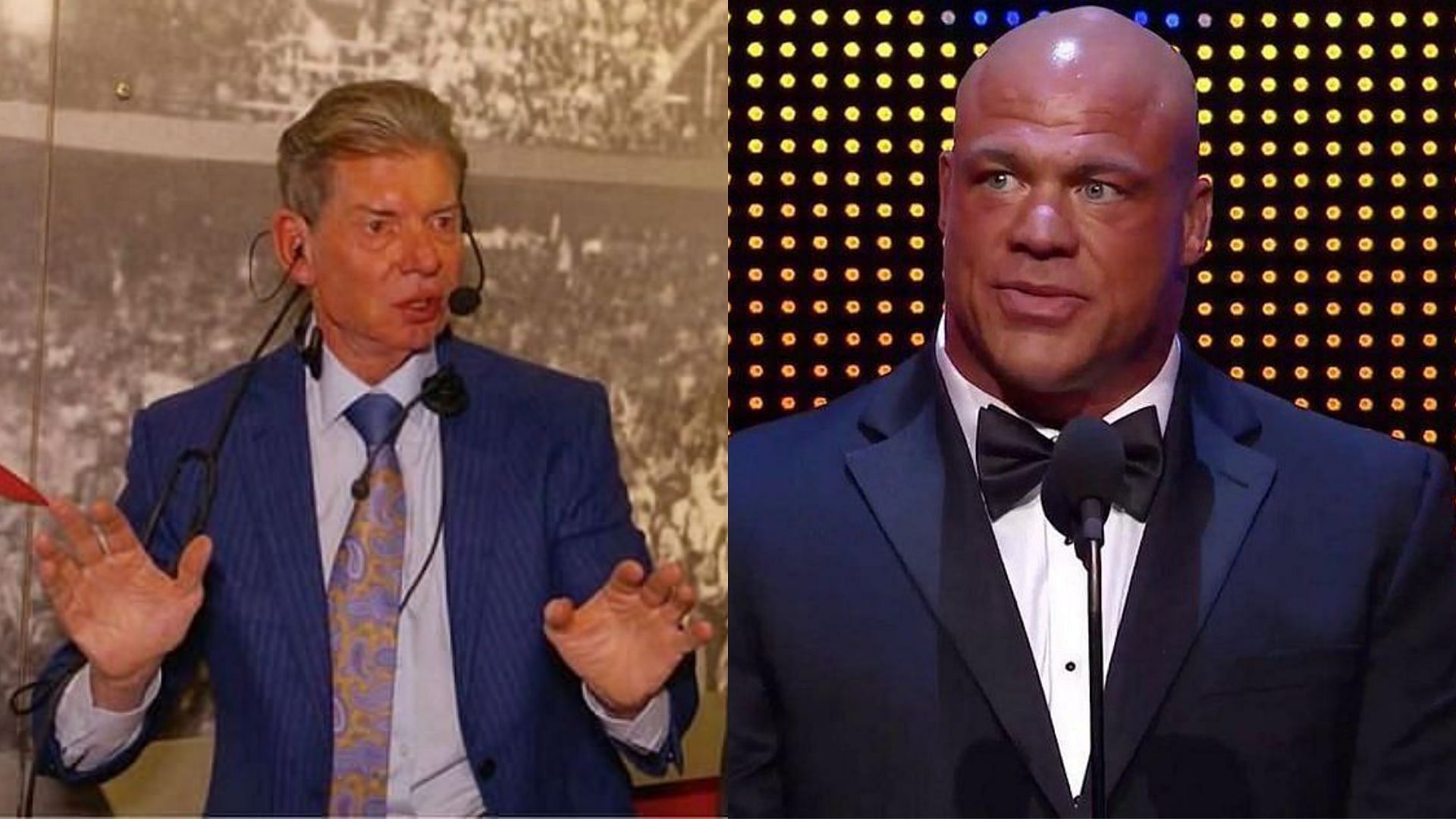 “Take that out!” – Vince McMahon told Kurt Angle to remove a big thing from his Hall of Fame speech

Kurt Angle was inducted into the WWE Hall of Fame in 2017, and it has now been revealed that Vince McMahon told the superstar not to thank him in his Hall of Fame speech.

Long-running rumors suggested that Vince McMahon hated being acknowledged in Hall of Fame speeches, and Angle confirmed the speculation during the latest episode of his podcast.

Here’s how he recalled details of the incident:

Kurt Angle was brought back to WWE after more than a decade in 2017 for a well-deserved Hall of Fame induction.

Thankfully, the company had bigger plans for the former world champion as he was booked for a reasonably successful spell as RAW’s General Manager.

Kurt Angle wrestled in several high-profile matches during his most recent stint with WWE. He eventually decided to retire from in-ring competition at WrestleMania 35, losing to Baron Corbin in a bout that he initially didn’t want.

After wrapping up his wrestling career, Angle transitioned to being a backstage producer but was, unfortunately, one of the many employees released by WWE in April 2020.