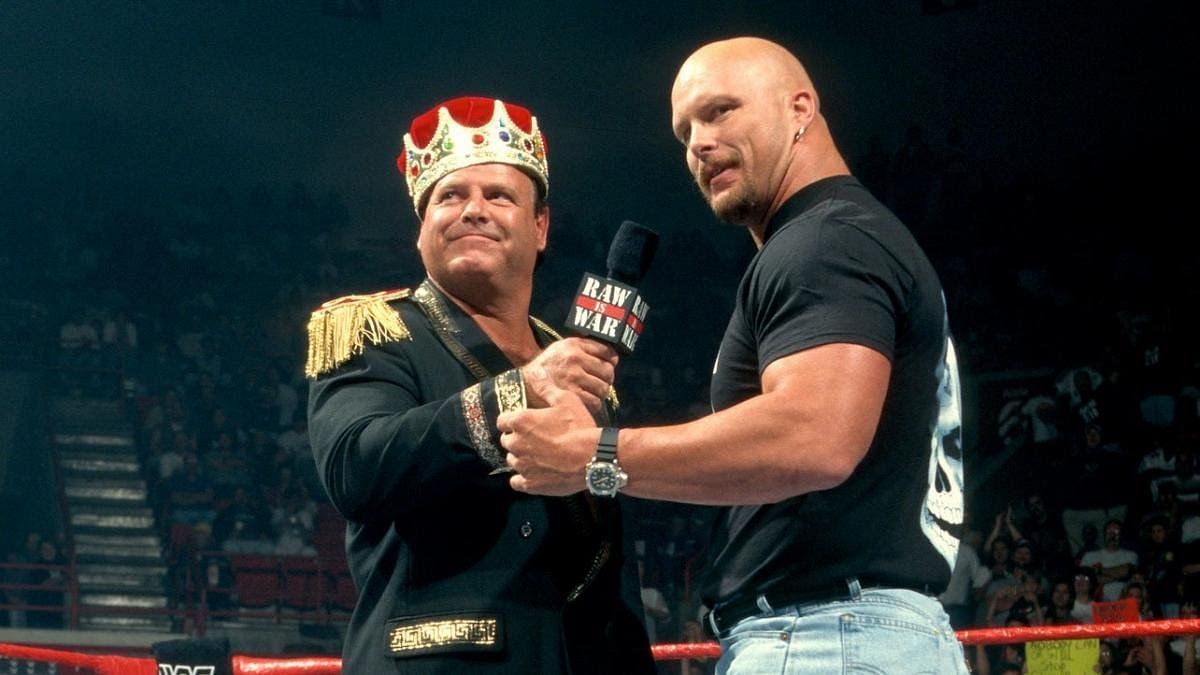 Jerry Lawler, the WWE Hall of Famer, made some comments on the existing wrestling product. The former WWE commentator stated that the nuances of the wrestling universe have proved to be difficult for him to comprehend.

He shared his thoughts when he appeared as a recent guest on Busted Open Radio podcast. The King stated that he requires time to get updated on the different aspects of present day wrestling.

“Sometimes it’s sort of hard for me to watch,” Lawler admitted. “I just got my schedule to be at Survivor Series, and so it’s almost like cramming for an exam back when you were at school. I really have to go back and watch some shows, and make some notes, and find out what is actually going on” Jerry added.

He further added that the current product is miniscule in nature and it is laborious to be a WWE commentator these days.

“I don’t see how the guys in the business — it’s so tough to be doing that on a daily basis,” he said. “Doing the commentary for RAW and SmackDown now, to me, it’s almost brutal to have to know and remember. The talent changes so fast and everything is so short now. You have to, in the wrestling business, you have to realize there’s so much more stuff that fans can watch. So, you have to keep this show so exciting every minute that people are watching or they’re going to switch over and start watching TikTok. It’s changed in that respect, and sometimes for me, it’s hard to follow.”

He also gave his thoughts on the variety of moves used by wrestlers. He recalled an incident in which he incorrectly called a move a Ramen Noodle Moonsault, which he believes ended his run as a commentator.

“I really believe that may be one of the reasons I’m not doing commentary on RAW right now,” Lawler claimed. “I didn’t call a move a triple indie, I called a move a Ramen Noodle Moonsault. All of a sudden, I was the biggest racist ever for saying, ‘Ramen Noodle Moonsault,’ with a Japanese wrestler in the ring.”

Jerry Lawler was released and rehired by WWE

Jerry was taken out of the commentary team on June 17, 2016 due to personal reasons and was reinstated on WWE SmackDown on July 7, 2016.

Despite his return to SmackDown, he was pulled from televised shows and given a role as an analyst for RAW and SmackDown.

He continued to make short appearances on WWE television during 2016-2019. He was given a role in special events like the Hall of Fame instead of his gig as an analyst.

He then proceeded to return to full-time commentary during 2019-2020 alongside Tom Phillips and Byron Saxton. He was eventually substituted by Samoa Joe.