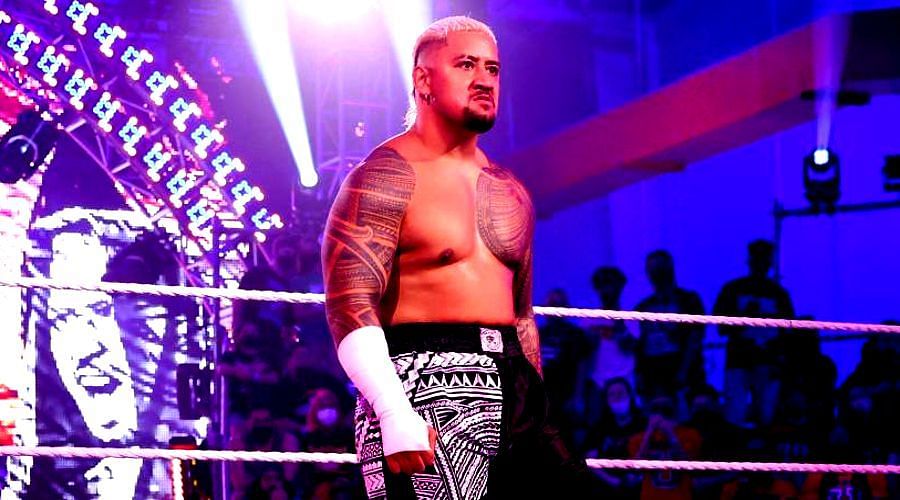 Solo Sikoa has brilliant brutality and a blessed bloodline

Solo Sikoa has several tattoos on his body already. But there are three words that should also be written all over him: ‘Future WWE Superstar.’

The son of Rikishi and brother of The Usos, Sikoa has been bulldozing through opponents on the NXT 2.0 brand. At 6’2″ and a solid 245 pounds, he is exceptionally agile. He even executes the Samoan Splash as well as his brothers.

That word — ‘convincing’ — is probably the best way to describe The Street Champion of the Island.

He has a presence as he makes his way to the ring, while he’s in the ring, and when he eventually exits the ring. In all three phases, you believe that he’s really there to handle business.

Although he only debuted for NXT just over a month ago at Halloween Havoc, he’s already gotten the star treatment. There’s no reason to believe that won’t continue as he is part of the Anoa’i family, who are wrestling royalty in the WWE Universe.

There’s also good reason to believe that the powers that be will push him as hard and fast as they can. He’s already 28 years old, which is approaching the reported ‘cutoff age’ for their new NXT prospects. They will likely leave him on the third brand for a while to sharpen his skills, but not long enough that they miss out on a golden opportunity to debut him.

Obviously, there has been a lot of chatter among WWE fans as to whether Sikoa could become the fourth member of The Bloodline. It makes perfect sense and would be the only natural reason that the company would elevate him so quickly.

Perhaps as we get closer to the WrestleMania season, we could see Solo Sikoa make the jump and join his brothers and Roman Reigns as part of sports entertainment’s most powerful group. It would solidify the faction and allow Sikoa to learn alongside three of the greatest performers in the world today.

The future appears to be as bright as Samoan sunshine for Solo Sikoa. He has incredible skills, the backing of WWE management, and the cache of being part of one of wrestling’s most famous families.

The sky could be the limit for Sikoa in the weeks and months to come. It will be interesting to see how high he soars.

What do you think the future holds for Solo Sikoa in WWE? Share your thoughts in the comments section below.