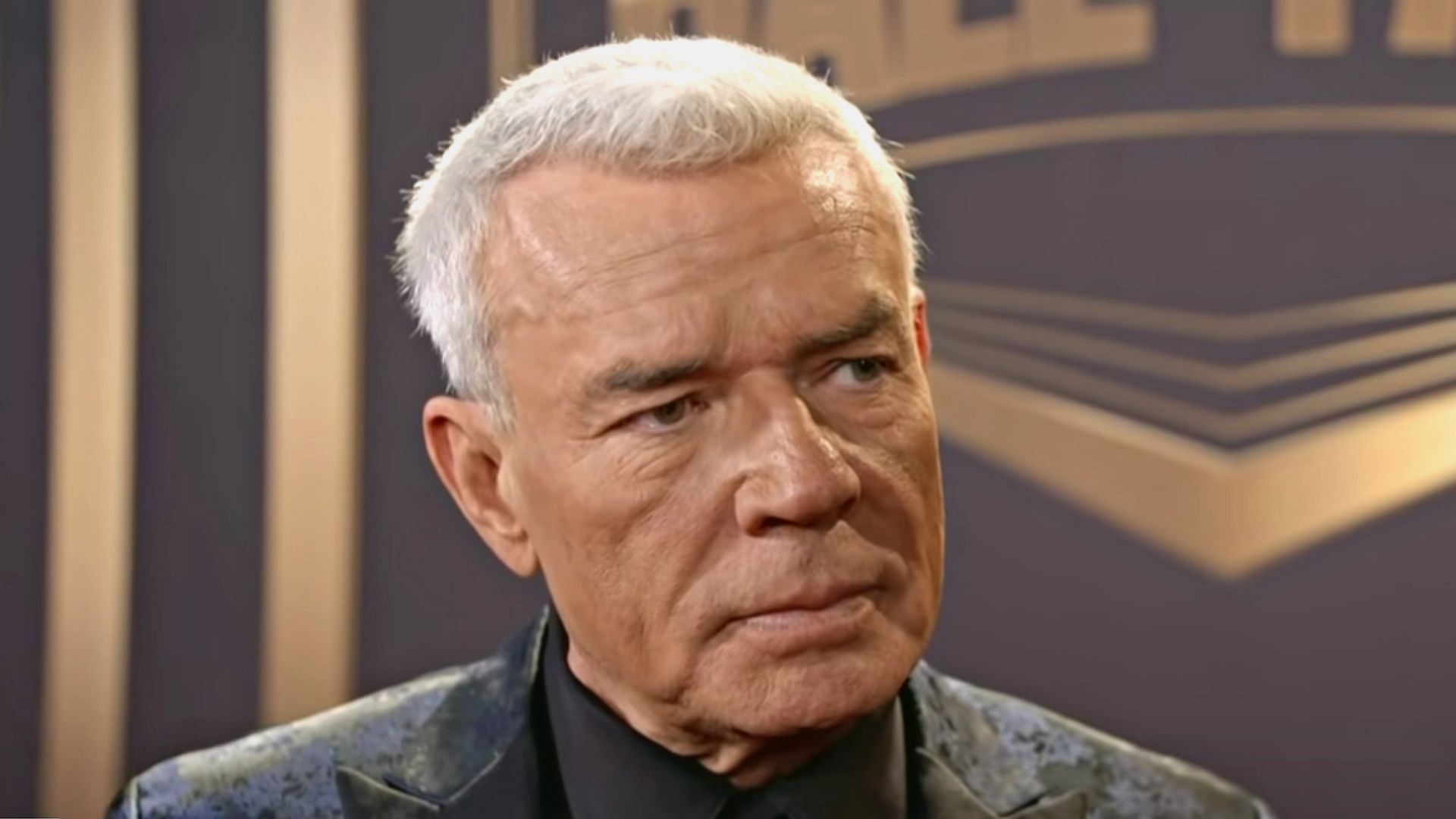 Eric Bischoff answered several questions during a Q&A session of his podcast, and the former WWE manager also reacted to Madusa’s recent claims about an infamous incident from their days together in WCW.

After two eventful years in WWE as Alundra Blayze, Madusa returned to WCW in December 1995 and proceeded to throw the WWE Women’s title into a trash can on an explosive episode of Monday Night Nitro. 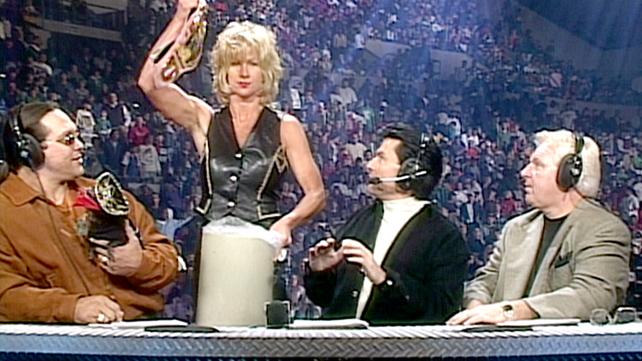 Eric Bischoff was recently at a wrestling convention with the 3-time WWE Women’s Champion, where she blamed him for the angle and made a few questionable comments in front of a group of people.

Bischoff clarified on his podcast that the segment was Madusa’s idea, to begin with, and that she was trying to pass the heat onto him. The former WCW booker didn’t mince his words when he said the following:

“Here’s a funny thing about Madusa. I did a show with Madusa a couple of weeks ago in Milwaukee, and Madusa was absolutely convinced that I was the one that dropped the belt in the trash. We were doing a Q&A in a panel in front of a bunch of people, and Madusa is going, ‘I didn’t do it, you did it.’ I said, ‘Madusa, it was your idea, number one, not mine.’ And number two, you’re the one that dropped it in the trash, and she denied it. Like she is in some kind of delusional alternate universe because she didn’t want the heat from being actually the person that dropped it in the trash. So, she tried to fade that heat to me. I didn’t understand it at all, and low and behold, I went back and looked at the clip, and indeed, it was Madusa. It was Madusa who dropped the WWE Women’s Championship in the garbage. Disgusting thing to do! Disgusting! And then, even more disgusting, she tries to blame it on me. What kind of delusional nonsense is that,” Eric Bischoff said.

WWE blacklisted Madusa for several years before she returned to the fold and was inducted into the company’s Hall of Fame in 2015. Madusa made peace with WWE, and interestingly enough, the veteran even has miniature trash cans for sale in the memorabilia section of her website.

Eric Bischoff found it odd that Madusa was willing to make money off the incident without accurately recollecting what really happened more than 30 years back.

“Oh yeah, she is not opposed at all of making money off of it, but she wants to put the heat on me because she doesn’t remember anything the way it actually happened. She is delusional,” Eric Bischoff stated, “Go ahead and sign little miniature trash cans. I don’t care. But damn, at least be honest about this stuff.”

“Go back and watch your sh** woman”: Eric Bischoff tells Madusa to get her facts straight

An irate Eric Bischoff said the widely-watched WCW segment featuring Madusa was out there for the world to see, and he even urged his former colleague to revisit the clip.

For Bischoff, all the available facts prove that Madusa was solely responsible for the plan to disrespect WWE and the women’s title.

“All you have to do, Madusa, is go back and look at the clip. For crying out loud, it’s available for the world to see. You are denying a fact that is, in fact, facts and available to witness. Go back and watch your sh** woman, and you’ll understand how it happened and why it happened, and who did it,” Eric Bischoff concluded. 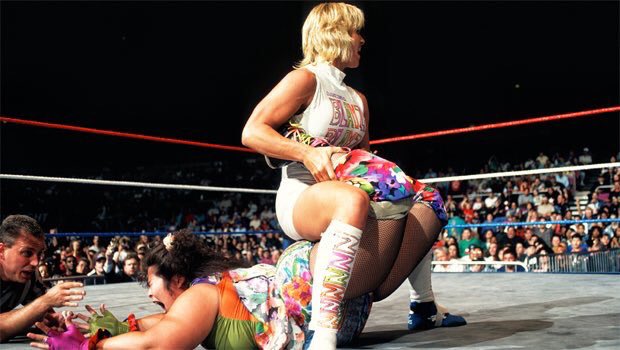 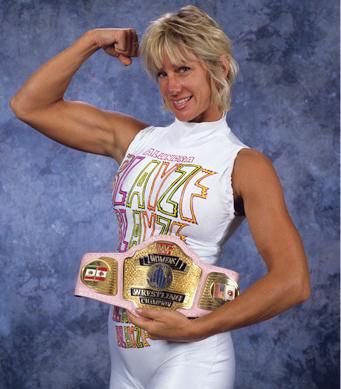 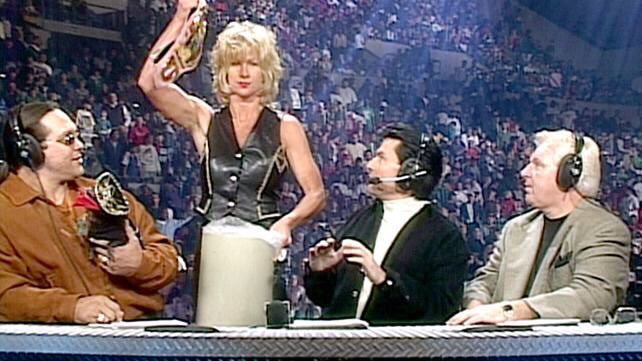 Madusa and Eric Bischoff have different versions of the same story, but who do you believe? You can share your thoughts in the comments section.

If any quotes are used from this article, please credit “83 Weeks – Locked & Loaded Q&A” on AdFreeShows.com and give a H/T to Sportskeeda Wrestling.