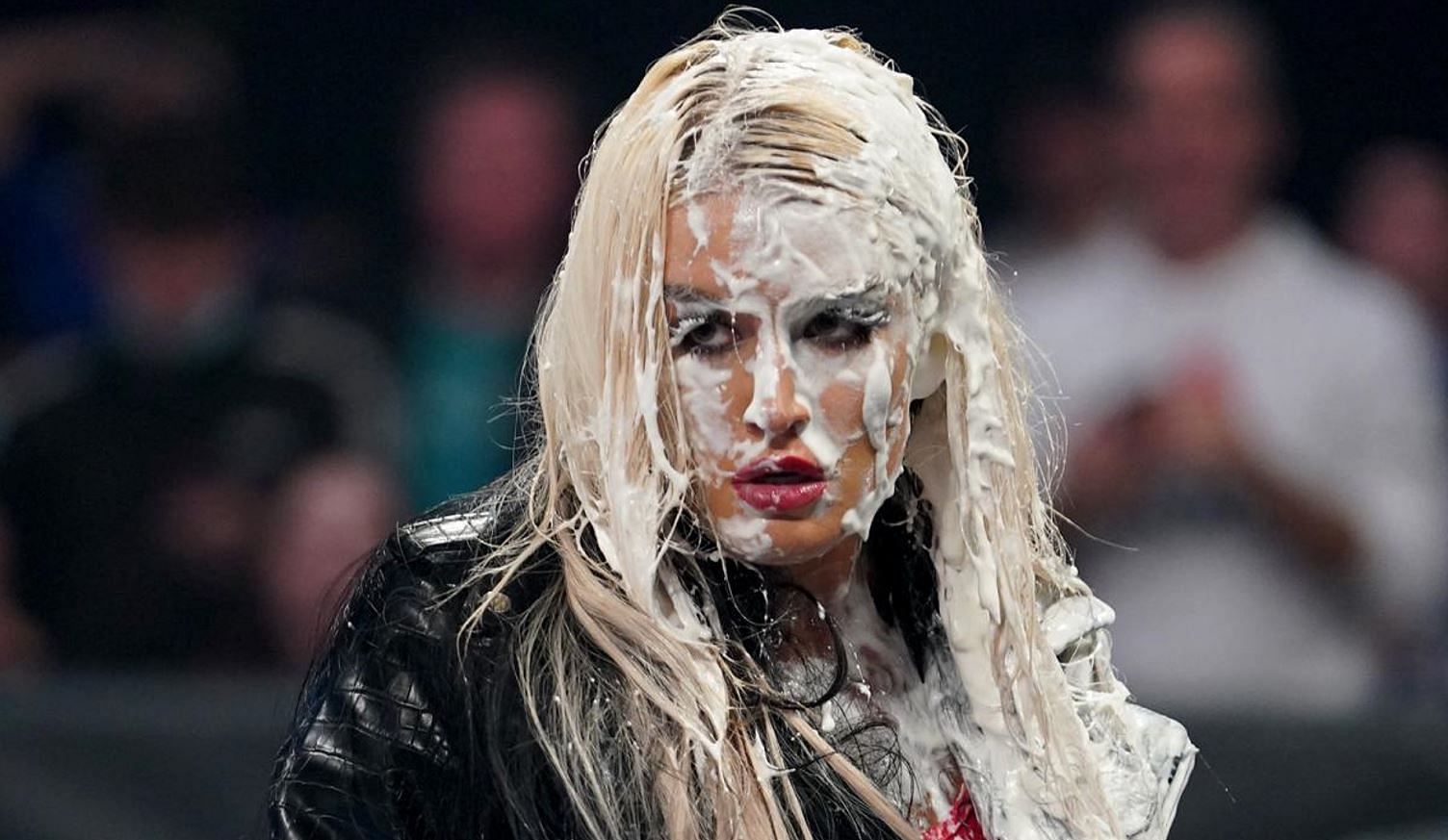 WWE Superstar Toni Storm reacted to Charlotte Flair hitting her with two pies this week on the blue brand.

Toni Storm spoke with WWE Correspondent Megan Morant on Talking Smack, discussing the events that transpired earlier in the evening.

Toni Storm addressed her segment with Charlotte Flair. Storm mentioned that she had gotten into Flair’s head. The up-and-coming rookie declared she wasn’t embarrassed and would in turn embarrass Charlotte by winning the SmackDown Women’s Championship:

“Needless to say, I’m in Charlotte’s head now. She didn’t have to do this. She could have just walked away but no, she stayed and she embarrassed me. But you know what, here’s some Toni Storm trivia for you. I actually don’t get embarrassed. But do you know what’s going to be embarrassing? It’s her when I take her SmackDown Women’s Championship.”

This week’s episode of SmackDown marked Charlotte Flair’s first appearance on WWE TV since her loss to Becky Lynch at WWE Survivor Series.

In an interview inside the ring with Michael Cole, Charlotte said that Becky had to resort to cheating to beat her, thus proving that The Queen is indeed the superior competitor.

It was at this time that Toni Storm decided to make her presence felt. She walked up to Charlotte and demanded a shot at her SmackDown Women’s Championship. Charlotte, however, provoked Storm and said she didn’t even know Storm existed.

Charlotte then hit Storm with a pie right in her face. Storm was processing this when the Queen hit her with another pie, leaving her humiliated and shocked.

Do you think Toni Storm will be the one to dethrone Charlotte Flair and win the SmackDown Women’s Championship? Let us know your thoughts in the comments section below.