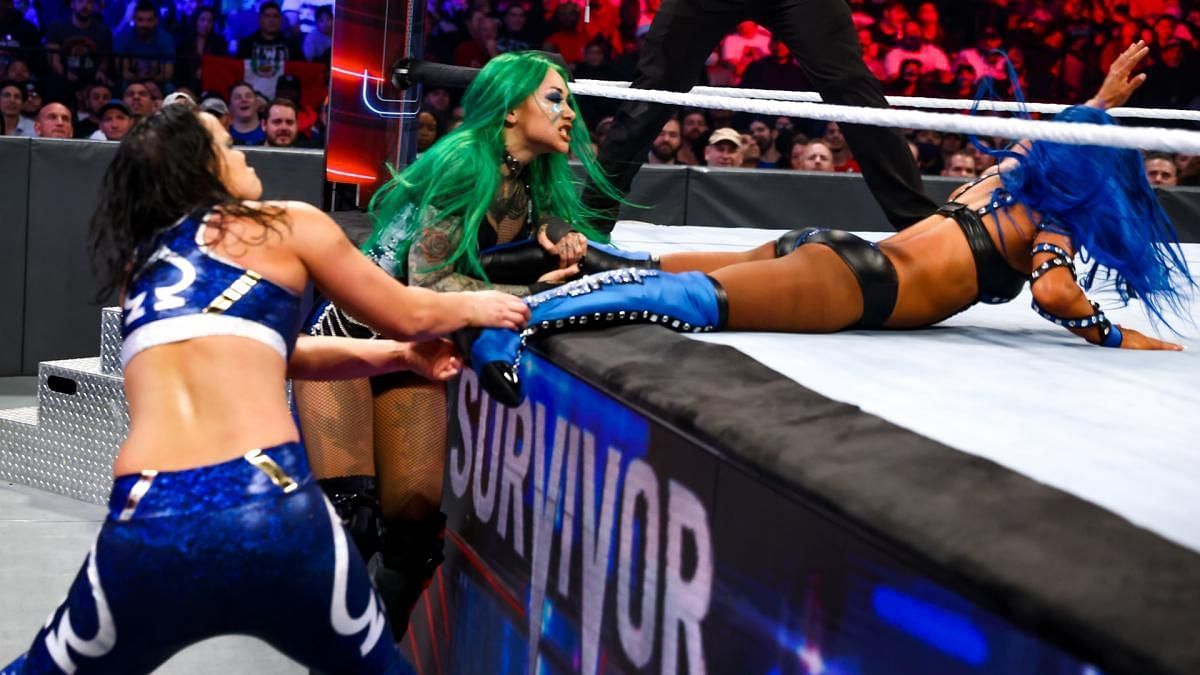 WWE SmackDown superstar Sasha Banks has sent a warning to the women’s roster ahead of tonight’s show.

The six-time champion was betrayed by her teammates at Survivor Series 2021 on Sunday. She is now prepared to seek her revenge, albeit in the Thanksgiving spirit.

In her most recent tweet, Banks said she would slap the three superstars who eliminated her with a Turkey leg. 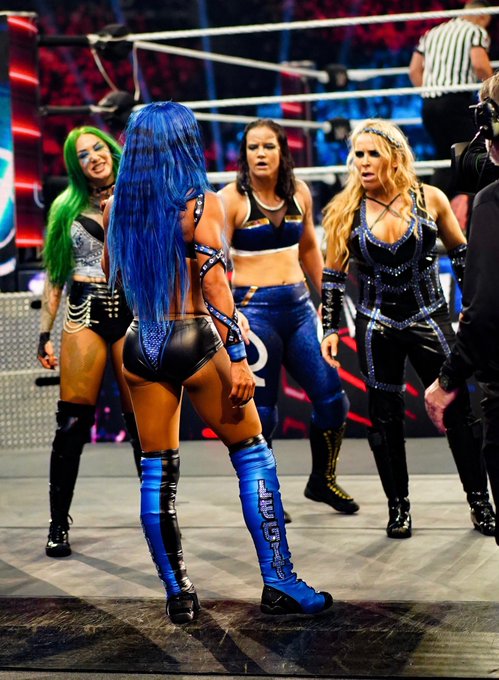 Team SmackDown were en route to a monumental victory after eliminating four members from Team RAW and were just one elimination away. Banks then entered the ring to face her old nemesis Belair and even came close to beating the former women’s champion.

However, Shotzi, Shayna Baszler and Natalya had other plans as they refused to let their captain back inside the ring and caused her elimination via a countout.

The plan quickly backfired as Bianca Belair eventually eliminated Baszler, Shotzi and Natalya to become the sole survivor. That turn of events has given Sasha Banks enough ammo to go after all those who betrayed her on WWE SmackDown.

This week, she is likely to face one or all three of the superstars mentioned above on the blue brand. Banks might even find allies in Toni Storm and Aaliyah to watch her back.

What happened between Sasha Banks and Shotzi on WWE SmackDown?

Sasha Banks was rooting for Shotzi when the latter was battling against Charlotte Flair to win a shot at the WWE SmackDown Women’s Championship. Unfortunately, an accidental interference from The Boss led to Shotzi’s loss, who then attacked Banks and cemented her heel turn.

The narrative seemingly established Banks’ face turn. The two superstars have engaged in brutal confrontations since the incident, as mentioned above. Sasha Banks and Shotzi are now expected to continue their feud on the blue brand.