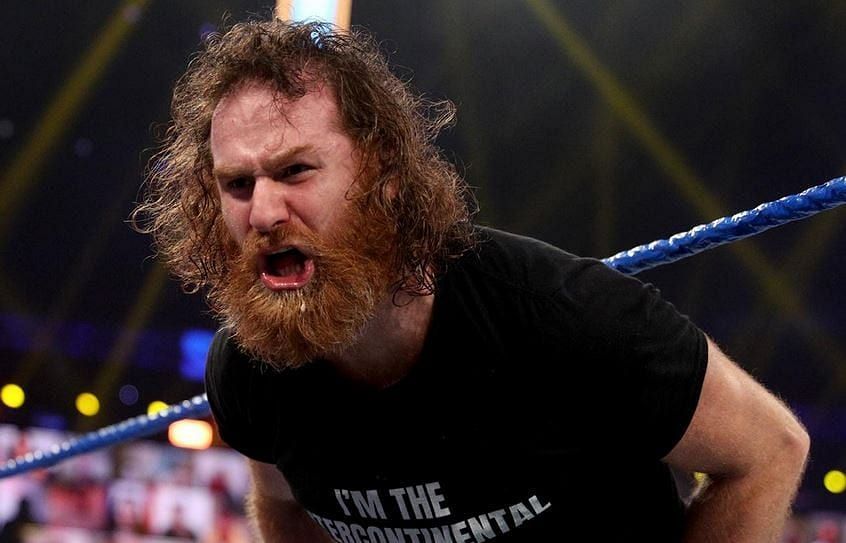 Sami Zayn lashes out on Twitter ahead of WWE SmackDown

Sami Zayn is furious about the return of The Beast Incarnate to the blue brand, as he continues to claim that WWE has a massive conspiracy against him.

In a recent Twitter post, Sami Zayn launched into a rant about the way the company treats him. He said that WWE makes a point of throwing every type of obstacle his way. He mentioned that it’s unfair how his victory was completely overshadowed by Lesnar:

“Even when I overcome every obstacle imaginable, @WWE does everything possible to minimize me. In this case, it was announcing Brock Lesnar’s return SECONDS after I outlasted 20 guys to become #1 contender for the Universal Championship…It doesn’t matter now…I’m next in line,” tweeted Sami Zayn

I’m next in line.

The number one contender for the WWE Universal Championship has expressed his displeasure over Brock Lesnar’s return several times. Zayn spoke candidly on Talking Smack recently, saying Lesnar was “stepping on his moment”:

“Right, right, what a way to go off the air! Sami Zayn gets one of the biggest wins of his entire career. Beats… how many men? 18 men? 20 men? (…) instead of going off on a career highlight for a generational talent like Sami Zayn, who has been oppressed, who has been marginalized, (…) we find airtime to make the blockbuster announcement for Brock Lesnar’s return. As if Brock Lesnar hasn’t had enough television time. (…) He needs to… he needs to step on my moment?”

Chaos ensued in the final moments of SmackDown last week. Following Zayn’s massive victory in the #1 Contender Battle Royal, his world quickly turned upside down when Kayal Braxton broke the news that Brock Lesnar would be returning to SmackDown. Lesnar’s return puts WWE Official Adam Pearce, Roman Reigns, and Zayn himself on notice.

Last week on SmackDown, Roman Reigns called Brock Lesnar the “biggest loser” in WWE. This was in response to rumors at the time that the former WWE Champion would be returning.

Reigns didn’t hold back on social media either, as he doubled down on the statements he made on the blue brand, noting that he “told no lies”:

“No lies told! Speaking facts about everyone, every week on MY sho #Smackdown” – Roman Reigns

The Head of the Table defeated Brock Lesnar at Crown Jewel this past October, however he was only able to do so with the help of The Usos. Lesnar will surely be looking for revenge on both Adam Pearce and the entire Bloodline.

What do you think Brock Lesnar is going to do when he comes to SmackDown? Do you think Sami Zayn will actually get his WWE Universal Championship match? Let us know your thoughts in the comment section below!