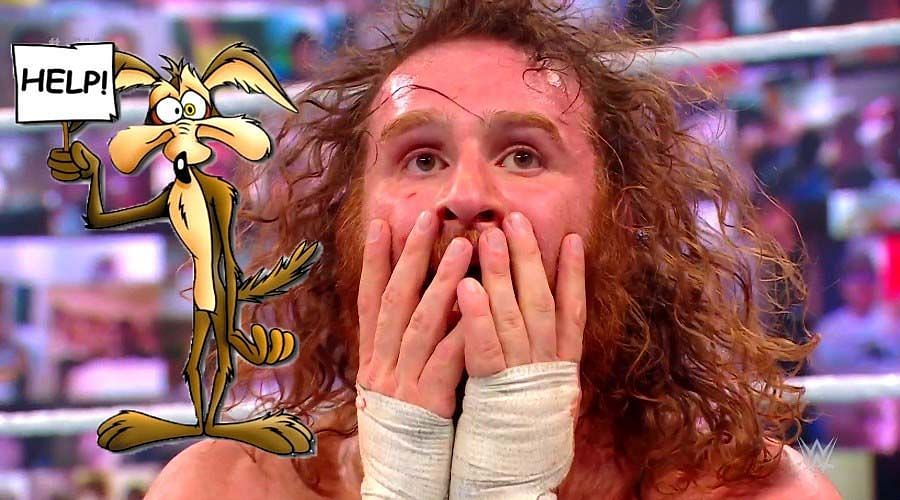 Sami Zayn is the ‘Wile E. Coyote of WWE’

WWE’s resident cartoon character got caught up in calamity again this week as his best laid plans failed him. Every time he seems to have his opponent fooled or WWE management suckered into giving him what he wants? It always ends up backfiring on him

Having recently won a battle royal to earn a shot at the WWE Universal title, Zayn was on top of the world.

Then it all came crashing down.

After interrupting Brock Lesnar‘s show-opening promo on Friday night, Zayn was quickly put in his place. An upset Beast decided he had no patience and wouldn’t wait for his next shot at Roman Reigns and the blue belt.

Lesnar then went out of his way to ‘convince’ Zayn that it would be in his best interests to take his match with Reigns that night, rather than wait until the Day 1 event on January 1, 2020.

Even though Zayn tried to squirm his way out of the match, he eventually found himself standing in the middle of the ring at the end of the night. But not for long.

Lesnar attacked him, hitting multiple suplexes and a pair of F-5’s, leaving Zayn in a heap in the corner of the ring. After The Beast exited, the Tribal Chief arrived and finished off his already decimated challenger.

Such is the case for Sami Zayn. Every plan he lays out and every trap he sets always seem to leave him with egg on his face.

Sami Zayn found himself where no man wants to be, stuck in the middle of a feud between Brock Lesnar and Roman Reigns 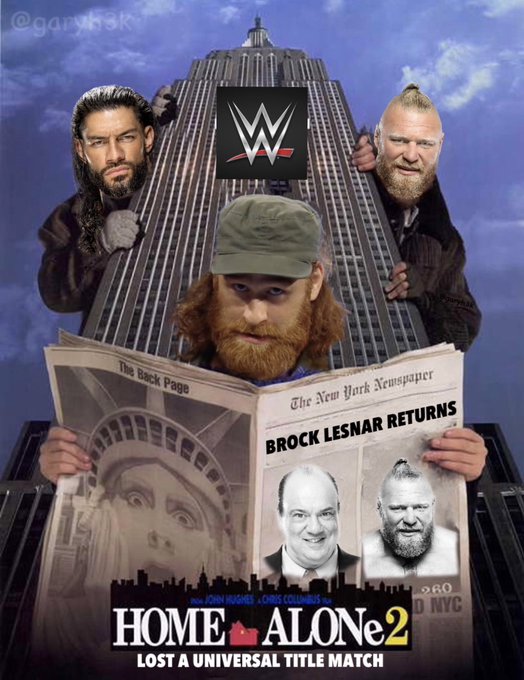 Sami Zayn found himself where no man wants to be, stuck in the middle of a feud between Brock Lesnar and Roman Reigns

Zayn’s comedy of errors reminds us of another scraggly star who could never seem to get things just quite right: Wile E. Coyote.

Much like the Roadrunner, success has eluded Zayn recently. It gets in his face, beeps a couple of times, and then runs away quickly. No matter the different plot devices he uses to achieve his goal. It always blows up in his face. It’s almost as if he has been ordering all of his strategies from The ACME Corporation.

In the end, however, that’s what makes both Zayn and his cartoon counterpart so entertaining and relatable, even as the bad guys. You get to sit back and watch them come up with a scheme. Then laugh at them when they eventually fall off the cliff. You almost feel sorry for them, because they come off as being so indepth.

Zayn plays this role of the foolish heel in incredible fashion. He isn’t afraid to poke fun at himself to entertain the fans, or to go over-the-top with arrogance, only to slip on a banana peel a few seconds later. He appreciates what entertains the audience, and he’s happy to fill the role.

While he has come up short in his chase for the ultimate crown, who knows? Someday, he could possibly take the next step and become a world champion.

And maybe… that coyote will finally catch that bird someday, too.

What do you think of Sami Zayn’s current character on WWE Smackdown? Share your thoughts in the comments section below.