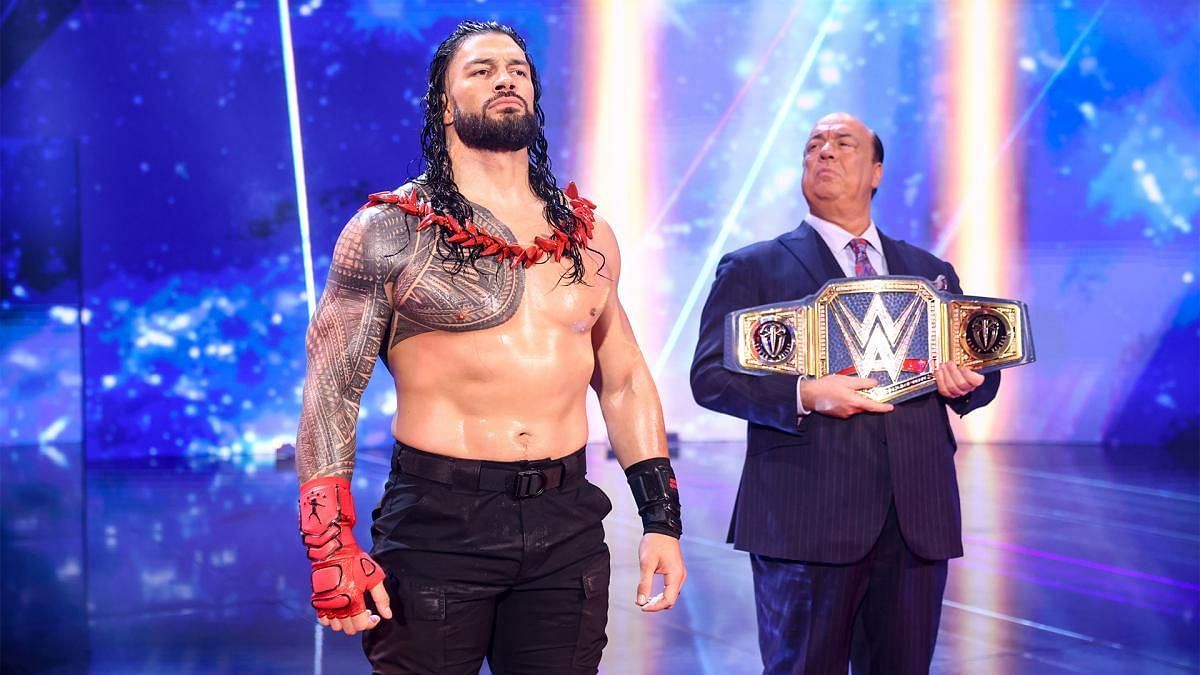 WWE Universal Champion Roman Reigns took to Twitter to retweet a segment from last week’s edition of SmackDown shared by WWE’s official Twitter account. The segment was from the kickoff of SmackDown last week. The Tribal Chief claimed that Brock Lesnar was the “number 1 loser” on the brand. This was in reply to calls for The Beast Incarnate’s indefinite suspension to be lifted.

Reigns didn’t say much in his tweet, but made it clear that he is not backing down from his original statement. The Head of the Table says that he told “no lies” and that he was just “speaking facts”.

“No lies told! Speaking facts about everyone, every week on MY show. #Smackdown” – Roman Reigns

During the main event of SmackDown last week, Sami Zayn won the “Black Friday Battle Royal” to earn a shot at the Universal Championship. However, it turned out this wasn’t the biggest story of the night. Kayla Braxton announced Brock Lesnar’s suspension had been lifted and that The Beast Incarnate would be returning to SmackDown this week.

Brock Lesnar and Roman Reigns faced-off at Crown Jewel for the Universal Championship in October, with Reigns retaining his title due to interference from The Usos. Lesnar attacked Reigns on the next episode of SmackDown, resulting in an indefinite suspension by Adam Pearce.

It’s unclear where the storyline on SmackDown will go, as Sami Zayn and Lesnar both have legitimate claims to contend for the title. We can expect this week’s episode to provide more clarity.

The WWE Universal Champion dropped a huge bomb during his promo last week on SmackDown. He hinted that he may be on his way out of WWE, this caused fans online to go into a complete frenzy.

Towards the end of his promo, Reigns claimed that he is the “Greatest of All Time” and that when his career is over – “which could be sooner than later” – everyone would have no choice but to acknowledge him.

The line about possibly leaving WWE in the near future raised much speculation about the 5x World Champion’s future with the company. Many are theorizing that Reigns could transition into a Hollywood star, similarly to his cousin The Rock and former rival John Cena

“I’m the greatest of all time. And when my days are done around here, which could be sooner than later, the whole world will acknowledge me,” said Roman Reigns.

What do you think will happen when Brock Lesnar returns to SmackDown? Do you think Roman Reigns will leave WWE in the near future? Let us know all your thoughts in the comment section below!