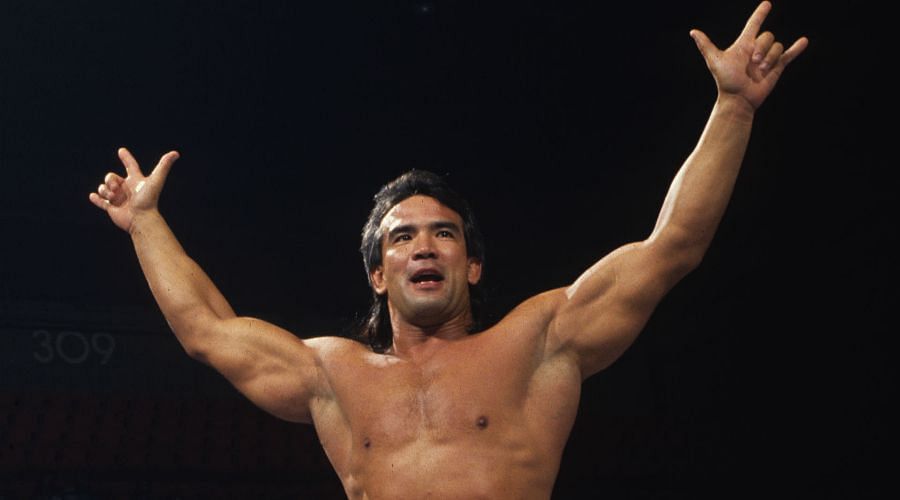 Ricky ‘The Dragon’ Steamboat is a former NWA World Champion and WWE Intercontinental Champion. He’s a member of every pro wrestling Hall of Fame there is, including WWE, who inducted him in 2009. Truly a legend and one of the all-time greats

He’s also one of the nicest guys you’d ever want to meet, and that was reflected in his onscreen character. For the duration of his nearly 20-year active career, Steamboat was never a heel. He never flipped out, turned on a tag team partner, or insulted the fans.

For lack of a better term, he was wrestling’s ultimate ‘good guy’.

It seems strange in the modern era — where we see turns and swerves all the time — to look back and think that Steamboat was basically the same guy for his entire run.

His look and presentation might have gotten tweaked every now and then, but one thing remained the same: He was the hero every time he walked through the curtain.

Ricky Steamboat had already been in the business for around a decade when he crossed paths with The Macho Man. But their feud took The Dragon to a whole new level in terms of notoriety and fan support. It all started with a brilliant injury angle that happened 35 years ago this week.

Randy Savage attacks Ricky Steamboat with the ring bell, which would of course lead to an all-time classic.

Randy Savage attacks Ricky Steamboat with the ring bell, which would of course lead to an all-time classic. https://t.co/AQFFMXRiTH

In the storyline, the heroic warrior had his larnyx crushed by the black knight, when Savage came off the top rope and struck Steamboat in the throat with the timekeeper’s bell.

Immediately, fans were clamoring to see The Macho Man receive his comeuppance, and the slow build that followed was fantastic.

@SattaLaFleur The way Ricky says “That match…” at the end of this clip gets me every time I see it.

They launched 2 entire generations of wrestling with that performance.

@SattaLaFleur The way Ricky says “That match…” at the end of this clip gets me every time I see it.

They launched 2 entire generations of wrestling with that performance.

WrestleMania III is the spectacle that truly launched WWE into a whole new stratosphere. With an estimated attendance of around 90,000 and millions watching all around the world, it was the largest event in pro wrestling history at the time.

Of course, the show was headlined by the titanic battle between Hulk Hogan and Andre the Giant.

However, Steamboat and Savage were the ones who stole the show.

The gigantic crowd at the Detroit Silverdome erupted when that saw the gunslinger in a white hat ride off into the sunset with the Intercontinental title.

When The Dragon was declared the winner and lifted the title, he wasn’t just a champion. He was someone that men and women could cheer on and children could look up to. 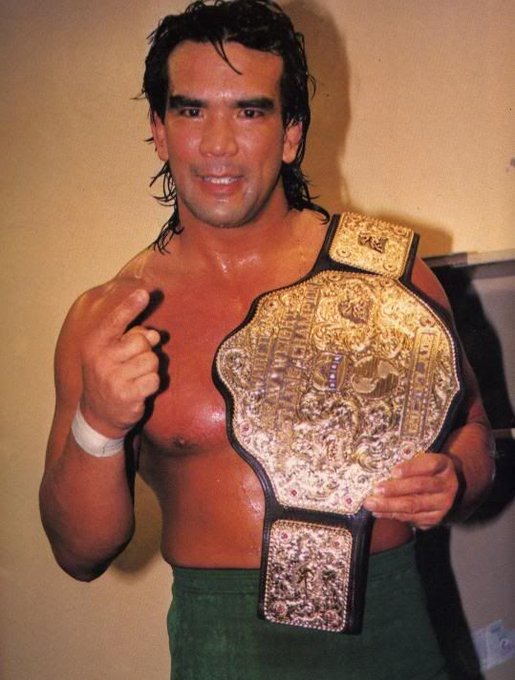 Steamboat and Flair would lock up in what could possibly be the finest trilogy of matches by two performers. After years of being both friends and rivals on NWA programming through the 70’s and 80’s, this would be their grandest stage ever. And they put on a show that will be remembered for eternity.

After losing the belt back to Flair, The Dragon would re-emerge for a while in WWE, wearing a more elaborate costume and breathing fire before his matches. It was a little hokey to see from someone with his skill set. But this was the cartoon era of WWE, and Ricky went along with it.

He would return to WCW for a few more years – capturing the US, World TV and Tag Team titles. Eventually, he had to retire from full-time competition after a severe back injury.

And even though he would later make appearances as a special referee for TNA and work a couple of angles for WWE, his career was essentially over by 1994. That was it. The Dragon had no more fire to breathe.

Often over the course of his career, Steamboat would pitch to the company’s booker or promoter the idea of himself turning heel. Possibly just to do something different. And the answer was always the same:

“No way. Nobody’s ever going to buy Ricky Steamboat as a bad guy. You’re too nice.”

That’s true. No one would have bought it, because the genuine person that was inside of him always came out when he was in the ring or doing a promo. While he could have heated passion, you just could never see him insulting someone or (quite frankly) being rude to another human being in any way.

Steamboat is a great case study of the old adage, “If it ain’t broke, don’t fix it.”

He’s an example of promoters seeing that a certain formula worked for him, and they stuck with it. There was never a need to turn Steamboat heel, because he was already so good at being ‘good. His good-natured approach to both his personal and professional life made him impossible to hate. That’s why he will go down as one of the top babyfaces of all time.

Who was your favorite ‘good guy’ wrestler as a kid growing up? Share your memories in the comments section below.