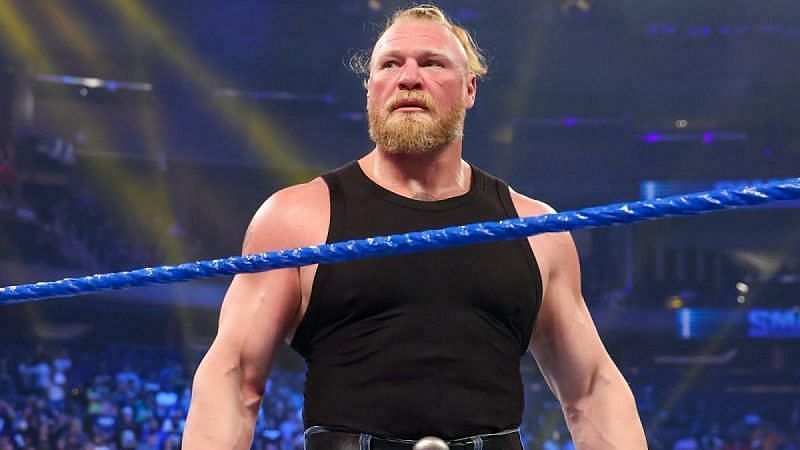 MVP has decided to have some fun at the expense of Brock Lesnar as he posted a meme about The Beast Incarnate on Instagram.

Brock Lesnar and Sami Zayn shared the ring on the latest edition of WWE SmackDown. The WWE Universe were pleasantly surprised with Lesnar’s mic skills, and the segment gave birth to an insane amount of memes as well.

The former US Champion took a shot at Lesnar with the meme, hinting that The Beast Incarnate is trying to avoid a match with Bobby Lashley.

Over the past two years, Bobby Lashley and MVP have spoken up about Brock Lesnar on countless occasions. Lashley has wanted a match with Lesnar for a long time now, but these two behemoths are yet to collide inside a WWE ring.

It should be a punishable crime that we have yet to see Brock Lesnar v Bobby Lashley in a WWE ring. #WWERaw https://t.co/NHy705aWpo

In 2019, Lashley opened up about meeting Brock Lesnar for the first time. He also talked about wanting a match with the former Universal Champion before turning 50.

“I met him in passing a couple of times. Saudi was the first time I met him. Literally ‘Hey, what’s up?’ Boom, boom and that was about it. Never said more than two words to him, so I think there’s a little mystique there and also for me. Just being in the fighting world, man, I’ve trained and fought with some of the people that he’s fought with and man, it’s got to happen. It’s got to happen before I hit 50,” said Lashley.

Brock Lesnar has remained silent all this while and hasn’t responded to MVP or Lashley’s comments. In 2020, Lesnar confronted Riddle over him, constantly mentioning The Beast Incarnate on social media.

There’s a possibility that Lesnar has noticed Lashley’s comments as well and might respond to the same somewhere down the line.