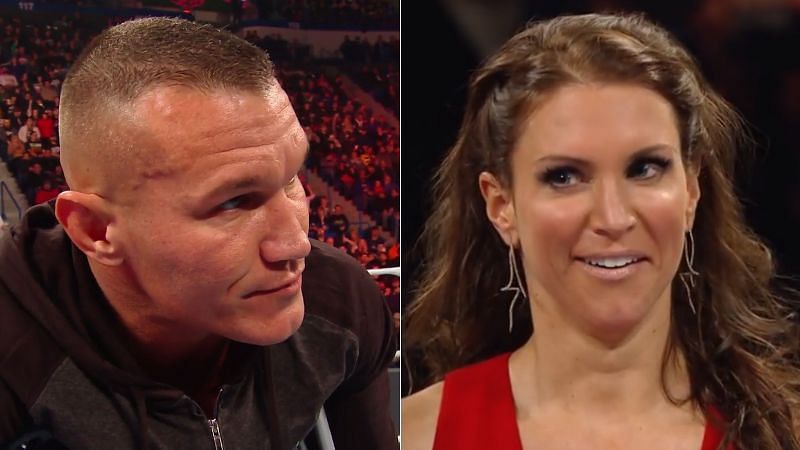 Ryback recently revealed that Randy Orton messaged him after he told Stephanie McMahon to stop talking during a WWE promo segment.

Speaking on The Ryback Show, The Big Guy recalled how he went off-script after Stephanie McMahon interrupted his promo.

“I remember Randy Orton messaged me after, and he goes, ‘That wasn’t in the script, was it?’ He goes, ‘That was great.’ We were doing a back-and-forth promo… Stephanie started talking and I said something along the lines of, ‘When The Big Guy has the microphone, The Big Guy does the talking, Steph,’” Ryback said.

Why did Stephanie McMahon interrupt Ryback?

Daniel Bryan was forced to vacate the Intercontinental Championship shortly before Elimination Chamber 2015. WWE fans chanted “Yes! Yes! Yes!” during Ryback’s promo, prompting Stephanie McMahon to tell the crowd that they were “nothing if not predictable.”

Although his character took exception to Stephanie’s comment, the man behind the menacing persona enjoyed the back-and-forth exchange.

“She reacted perfectly and played it off very well. That was a really good little moment. That’s the kind of stuff… it got a good reaction. You’ve gotta be able to incorporate [off-script moments] into stuff without going into business for yourself in a bad way, if that makes sense,” Ryback added.

Ryback left the company in 2016 after rejecting a new contract with the company. He recently said he is open to returning if Vince McMahon sells WWE.

Please credit The Ryback Show and give a H/T to Sportskeeda Wrestling for the transcription if you use quotes from this article.