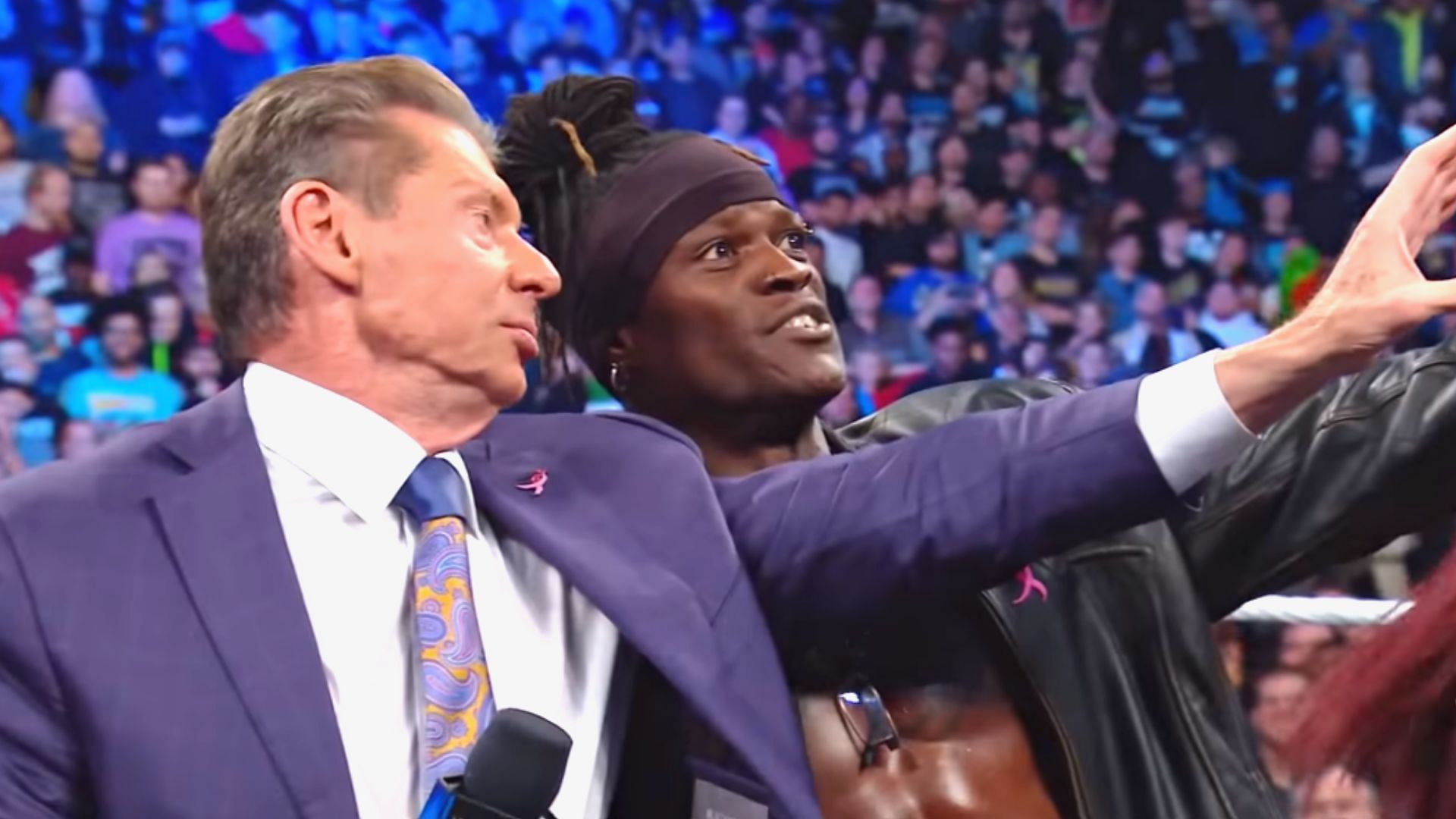 On paper, R-Truth is one of the most prolific WWE Superstars of all time. He is an astounding 52-time 24/7 champion.

During a recent chat with Bally Sports’ Brandon Robinson, R-Truth spoke about his title accomplishments in WWE and revealed the one word Vince McMahon dislikes using backstage and during programming.

It’s no secret that championships can’t be referred to as belts in WWE as Vince hates using the word. According to R-Truth, Vince feels belts are used to keep your pants up and discourages his talent from saying the word on TV:

“Whether if it’s WWE — and it’s not called a belt. It’s called a championship or a title. Vince McMahon says a belt is something you use to keep your pants up. So it’s a championship title, you see what I’m sayin’? [laughing].”

R-Truth is ready to win more championships in WWE

In addition to being the greatest 24/7 champion of all time, R-Truth has won a few other titles.

Truth has captured the United States, Tag Team, and Hardcore titles during his lengthy run in WWE. The veteran star will have no problems continuing his winning ways.

The 49-year-old superstar said every championship is prestigious in its way, and it’s a proud achievement for every wrestler who secures any of the available titles:

“I mean, I’m an accepting guy. I’ll take ANY belt and take it to the highest of beltstivity [laughs]. That’s what I do…but I would take any of those championship titles because they’re all prestigious titles, and it’s an accomplishment. If you win one of the Tag [Team] Titles, it’s an accomplishment. So I think that any one of ’em I think that you would be honored to have.” (H/t WrestlingInc)

R-Truth is showing no signs of slowing down as he might win a lot more titles (not belts) in the WWE before he calls time on his career.