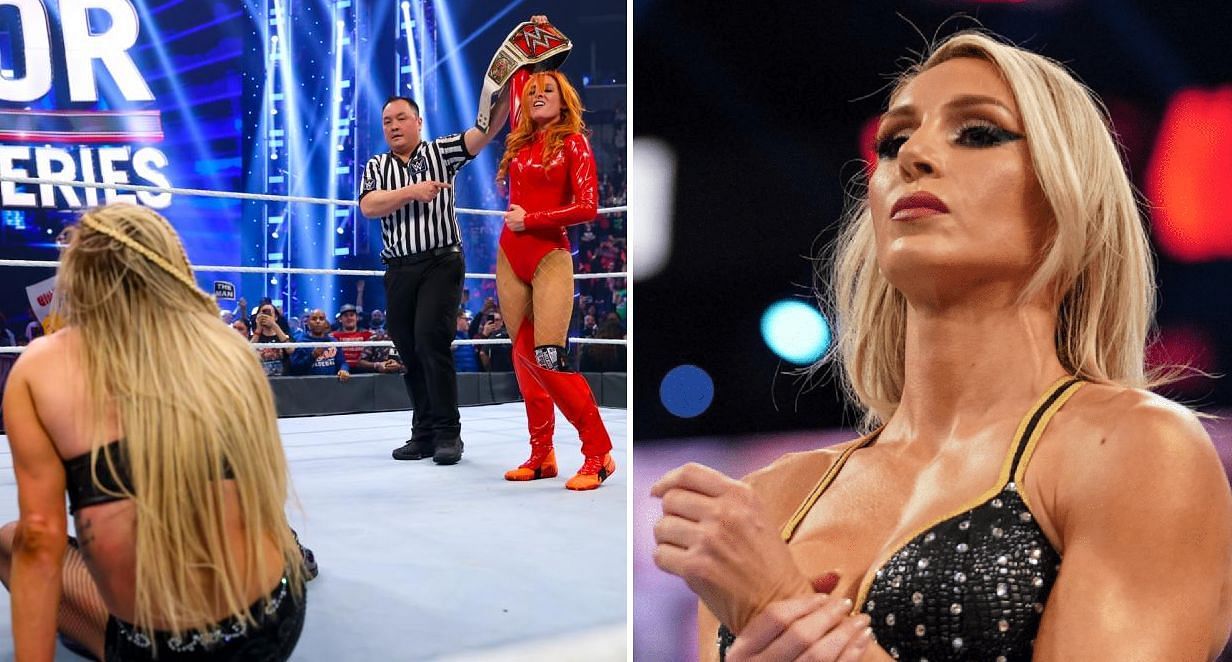 WWE shared a bunch of behind-the-scenes photos from WWE Survivor Series. One of the stills features a smiling Charlotte Flair returning to Gorilla Position after her loss to Becky Lynch. Check out the photo below:

Charlotte Flair’s demeanor led to tons of speculation among fans

It was interesting to see Charlotte Flair smile after her loss to Becky Lynch. Flair made it clear that she was going to win against Becky Lynch at Survivor Series.

Flair took a major shot at Lynch days before their match. The Queen had the following to say about the RAW Women’s Champion berating her in interviews:

“I feel like the only adult. I’ve never used media other than to talk about my success and what I want. Everyone knows that I want to be the best. I feel like I shouldn’t have to explain myself; that people would understand I want to be better and I didn’t come this far to come this far. I didn’t use these opportunities as an outlet to tear down someone else’s career. Number one doesn’t talk about number two. Charlotte Flair is an easy target and has been a target since day one. I’m used to it. I have been on top since 2015.” (H/T Wrestletalk)

On the other hand, Becky couldn’t hold back her tears after defeating her former best friend. Lynch mentioned how she used to trust Flair with her life and recalled nearly dying in a car crash together.

Lynch is now focused on the future as Liv Morgan is the #1 contender for her RAW Women’s title. It remains to be seen if Liv will manage to beat The Man and win the big one.

What do you make of Charlotte Flair smiling after her loss at Survivor Series? Would you like to see Flair and Lynch collide again, in the near future?