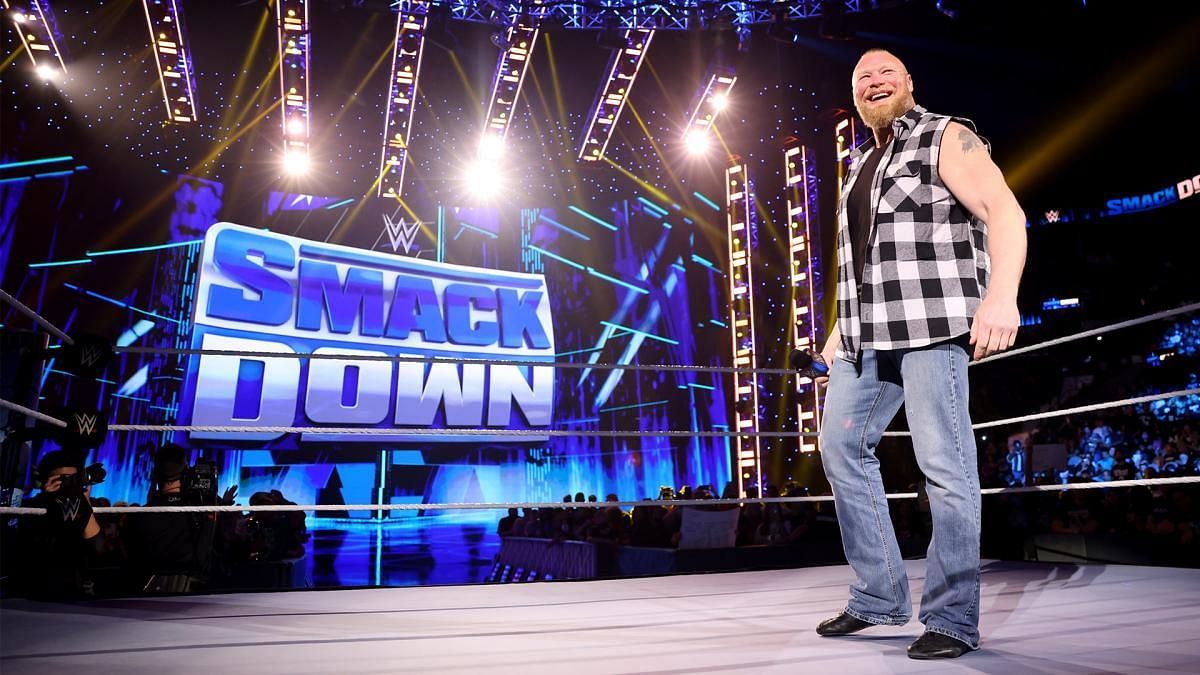 Overnight ratings for the December 3 episode of WWE SmackDown revealed

Overnight ratings for the latest episode of WWE SmackDown have been released. The show garnered 1.966 million viewers.

This week’s episode of the blue brand emanated from the AT&T Center in San Antonio, TX. The show marked the return of the Beast Incarnate Brock Lesnar. .

This week’s viewership for WWE SmackDown remained under the two million mark. As per the latest report by Spoiler TV, SmackDown drew 1.966 million viewers in overnight ratings. That’s slightly lower than last week, when the show drew an average of 1.968 million viewers.

The first hour of the show managed to pull 2.036 million viewers while there were 1.895 million watching the show during the second hour. SmackDown drew an average rating of 0.5 in the 18-49 demographic.

What happened on WWE SmackDown this week?

This week’s SmackDown helped set up some important angled heading into WWE Day 1. Brock Lesnar returned to assert his dominance and challenge Reigns for the Universal Championship.

However, Sami Zayn interrupted Lesnar’s promo to remind The Beast that he was next in line for a shot at the title. Lesnar seemed to understand Zayn’s point and convinced the Canadian star to have a match that very night for the WWE Universal Championship.

Sasha Banks faced off against Shayna Baszler in singles action, where the Boss managed to pick up the win with a rollup. Happy Corbin and Madcap Moss appeared on another episode of Happy Talk. However, the two men were later silenced by Jeff Hardy and Drew McIntyre.

Los Lotharios defeated the Viking Raiders in tag team action. Sir Kofi Kingston also made his return to SmackDown this week to watch the back of King Woods as he took on Jey Uso in a singles match. Woods won the match via disqualification when Jimmy Uso interfered.

Kingston then launched a post-match attack on Jimmy Uso. Toni Storm managed to get some retribution on Charlotte Flair as she smacked the SmackDown Women’s Champion with a pie. In another singles matchup, Sheamus picked up a win over long-time rival Cesaro.

Before the main event started, Sami Zayn took the mic and announced that he would win the Universal title. Brock came down to the ring and destroyed Sami with several suplexes and two vicious F5s. This allowed Roman Reigns to pick up an easy win over Zayn in a matter of seconds.