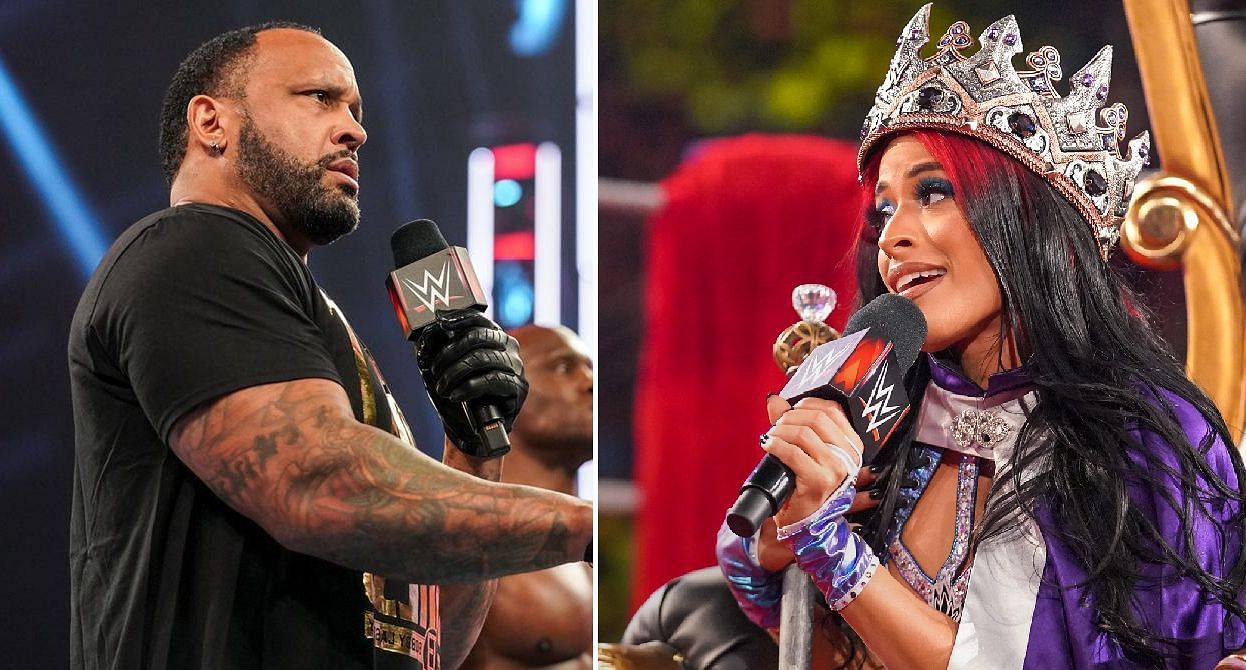 Zelina Vega had some choice words for WWE veteran MVP‘s new outfit, as seen in his latest Instagram post.

Zelina Vega won the first-ever Queen’s Crown Tournament by defeating Doudrop at Crown Jewel 2021. She has undergone a major gimmick change since her big win. She talks down to most of her co-workers now and considers herself above everyone else.

RAW Superstar MVP recently posted a picture of himself on his official Instagram handle. He can be seen showing off a brand new suit with a purple tie and pocket square. While his fans had nothing but praise for his outfit, fellow WWE Superstar Zelina Vega wasn’t thrilled with the same.

Vega commented on the post, stating that purple is a royal color usually worn by a queen. MVP fired back with a cheeky comment as well. Check out the post below, plus a screengrab of the conversation:

Zelina Vega returned to WWE earlier this year. While she initially struggled and lost several matches in a row, things improved ahead of Crown Jewel. She defeated Toni Storm, Carmella, and Doudrop to the Queen’s Crown Tournament at the aforementioned pay-per-view.

Zelina Vega was greeted by WWE Chairman Vince McMahon himself, after her Queen’s Crown victory in Saudi Arabia:

“Vince [McMahon] walked up to me after the match in the back and said, ‘You walked in here queen, and now it’s official. I almost lost it. This is finally my time to show out to everyone who I am. I’m not in anyone’s shadow. This is my time to show why I am a star,” said Zelina.

On the other hand, MVP is a pro when it comes to social media and has never shied away from putting co-workers or unruly fans down on Twitter and Instagram. As for Zelina Vega, she is currently on cloud nine after winning the Women’s Tag Team titles with Carmella.

What are your views on Zelina Vega’s current gimmick? Sound off in the comments!